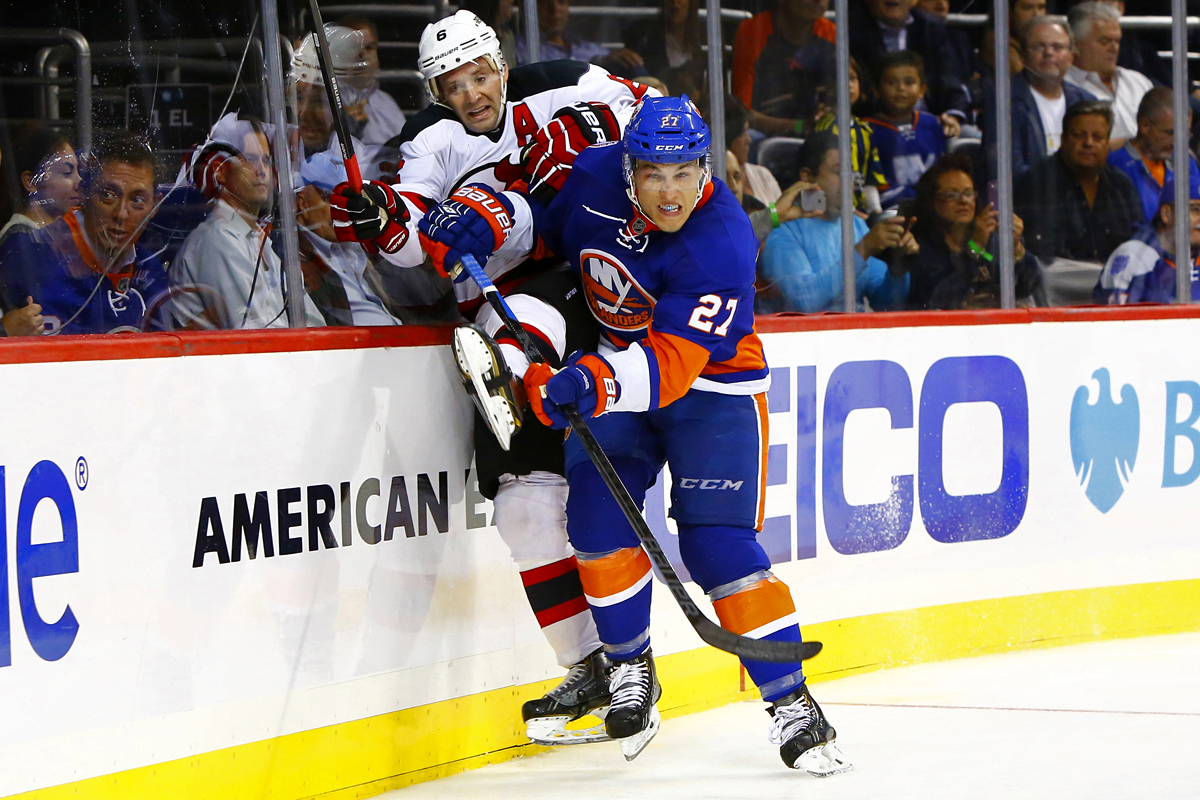 Imagine a world where if you’re gay and you play sports, it doesn’t matter…just so long as you can play.  No one will judge you if you are openly gay.  No one will make fun of you, because you are gay or give you a hard time.  There’s no homophobia…there’s just acknowledgement that everyone is there to play the game, and no one cares what your sexual orientation is.  They only care about the skills you bring to the rink.

When Brendan Burke came out to his family, his team, and the hockey community, it was not only a good thing for hockey, but it was a good thing for professional sports.  Brendan became the trailblazer in gay rights advocacy, especially when it came to sports.

In a sports world filled with machismo attitudes, seeing that one day arrive when being openly gay doesn’t matter and all that matters is the skills you bring to your team…it has only been a dream.  But that is a dream that the Burke family is trying to make come true.  The day has finally come where people are willing to step up and tell the world…if you can play, you can play.

Toronto Maple Leafs GM Brian Burke and his son, Patrick Burke (scout for the Philadelphia Flyers) are trying to make that world a reality.  They want this game to be a game where homophobia no longer exists.  They want players to be free to be who they are in their own skin without the fear that there will be repercussions just for saying that they are gay.

After Brendan died in an automobile accident in Indiana on February 5, 2010, his family, as well as many hockey players, have taken up that cause for change that he had pioneered.  He was working towards a world where it was okay to be openly gay and play or work in professional sports.

After his death, Brent Sopel spent his day with the Stanley Cup marching in the Chicago Gay Pride Parade in remembrance of Brendan and his family’s support for tolerance.  Brian Burke marched in the Toronto Gay Pride Parade.

Now, they are taking their advocacy for tolerance a step further.  They have been enlisting the help of players throughout the NHL to take part in their campaign called the You Can Play Project.  So far at least 38 NHL players have signed on to help with this campaign.  They’ve agreed to appear in PSA commercials that encourages tolerance in hockey.

One of those players that agreed to this project is New Jersey Devil Andy Greene.  For as many years as I’ve covered the Devils, he has never been much of a talker during interviews.  Talking to him about You Can Play, I was surprised to find that he had a lot to say.

“Obviously, Brendan went to Miami [University],” he said.  “I wasn’t fortunate enough to be able to meet him while I was there.  I think he came in a year after me.  He became part of the team the first year after I left.  I wasn’t fortunate enough to meet him, but I just drew a connection there.  Brian Burke asked if I would be interested in doing it and obviously it was a no brainer to be a part of it to get the message out.”

As far as other Devils players that have signed on to be part of You Can Play, Mark Fayne is one of those guys.

“Fayner did it, too,” Greene said.  “He did the exact same video, too.  I guess they’re going to come out [soon].  They’re going to do another four or five of those videos, and I guess he’s going to be in one of those.”

“You would think the way that society is today, people should be comfortable in their own skin.  Everyone’s not the same; and everyone knows that.  It’s just…you go out there.  I know it’s obviously tough with everything that happens.  It’s not something you can control.  I think you should just get it out there, be comfortable with it and just go with it.

Will it take two years for the NHL to see an openly gay hockey player?

“You know if this [project] is something that can help them…hopefully.  I mean, it’s kind of hard to put a timetable on that.  Good guess when the first one will come out [or] when and if?”

“I can honestly say the guys in here could care less,” he said of the Devils’ locker room.  “If you can play hockey…I mean, I’m not trying to repeat the video there…but if you can play, we don’t care.  We don’t care what you do away from the rink.  With everything else, just come ready to be there for one another.”

Is there more tolerance these days?

Or do you think there’s still a little bit of that homophobia?

“I’m sure there’s a little bit of both,” he responded.  “I think people are probably a little reserved to do it, just because.  I would guarantee you if a guy came out in the locker room, I don’t think anyone would make a big deal of it.”

“Not just me, personally…I don’t think anyone in here would.  It’s a really great group of guys.  I don’t think it matters.”

It’s a good thing to see this kind of open attitude talking about the acceptance of gay hockey players.  The message that is truly being repeated…they don’t care if you’re gay.  They only care if you can play.

Greene talks very openly about acceptance and tolerance, especially in the very locker room he was coming from.  That is proof enough that a new day has finally arrived where players are saying that it’s okay to be gay and to be a professional athlete.  What you do away from the rink is your business.  The only thing they want is for their teammate to show up and play, and be there for each other.  That is all that matters.

You can find the You Can Play Project online at www.youcanplayproject.org and on Twitter: @YouCanPlayTeam.  The next video is set to be released on Saturday, March 10th which will feature Zdeno Chara and Jason Pominville.