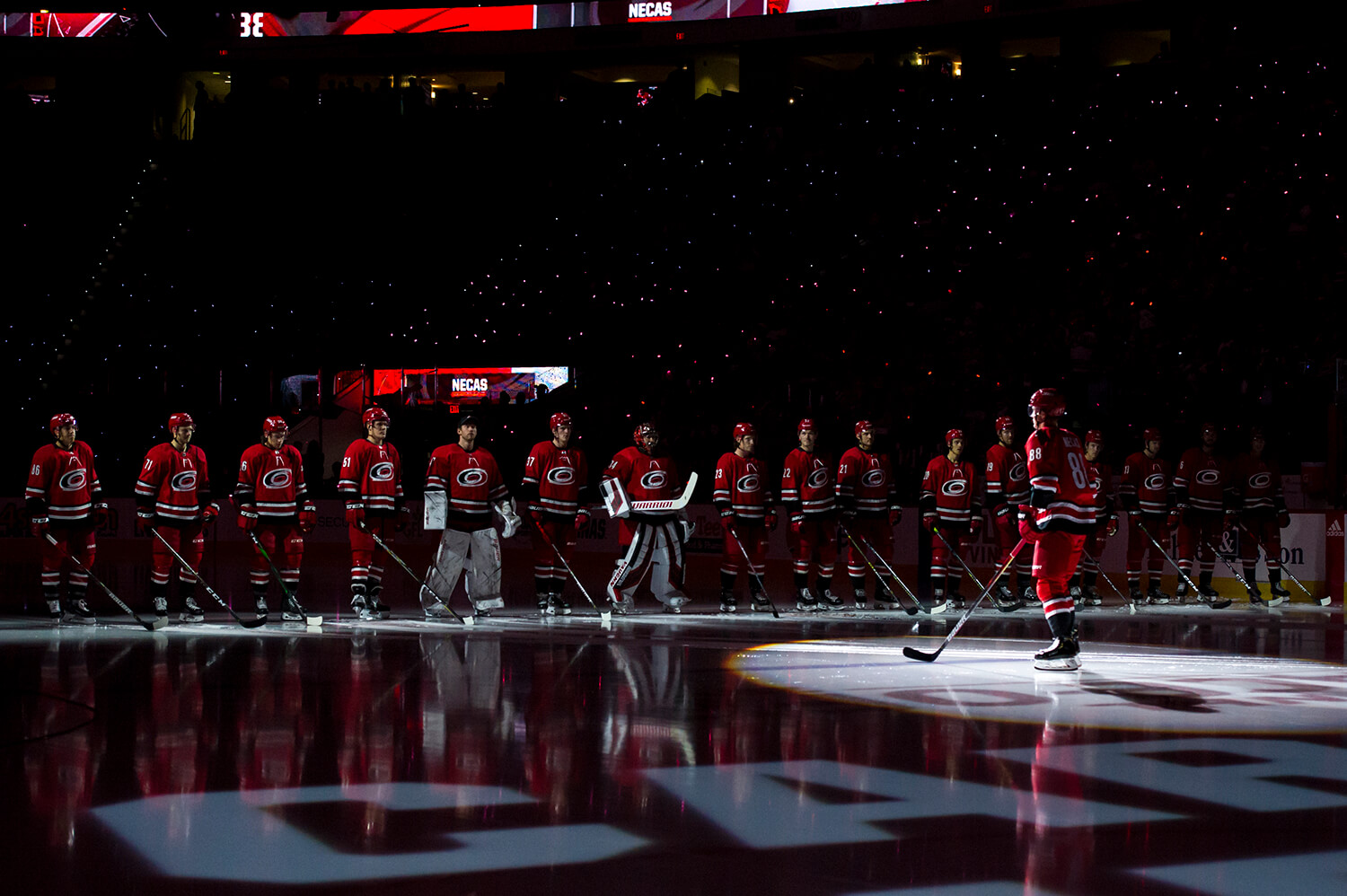 Carolina Hurricanes center Martin Necas (88) skates to the blue line before the first period of a game between the Montreal Canadiens and the Carolina Hurricanes at PNC Arena in Raleigh, NC, on October 3, 2019. (Spencer Lee/ Inside Hockey)

The Carolina Hurricanes entered their fourth game of the season at 3-0-0 with three overtime wins. Interestingly, the Hurricanes also trailed in the third period in all of those games.

Tuesday was a different story.

The Hurricanes opened the scoring early on a rebound that was tapped in by Jordan Staal 6:48 into the game for his first goal of the season. Teuvo Teravainen, Dougie Hamilton, and Ryan Dzingel also added tallies that catapulted the Hurricanes to a 4-0 lead at the end of the first period that led to Florida Panthers goaltender, Sergei Bobrovsky, being pulled and replaced for the remainder of the game.

Heading to the second, Dzingel added his second goal of the game and season just 1:31 into the frame. The Panthers would get on the board just two minutes later when MacKenzie Weegar finished a rebound that slid past James Reimer.

The Hurricanes head back to Raleigh at 4-0-0 when they take on the Islanders Friday night in PNC Arena at 7:30pm.

Three stars of the game