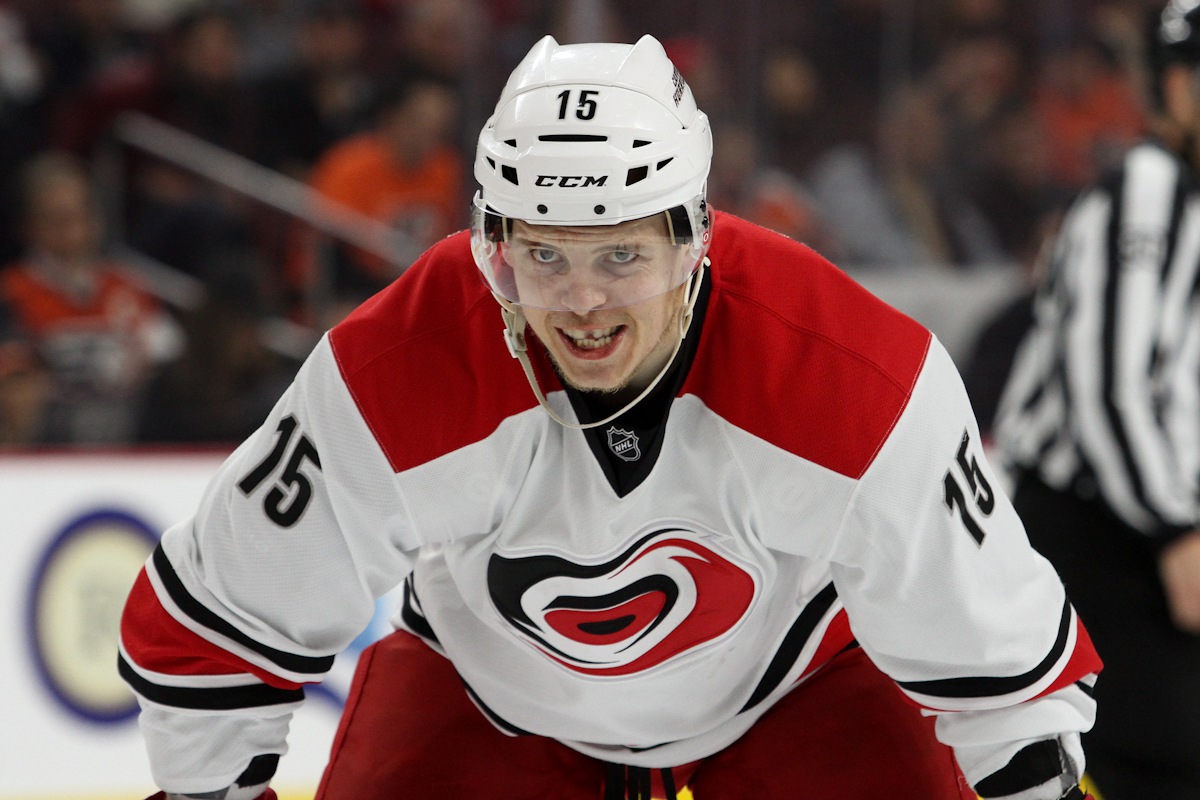 In short, the Canes have become the NHL’s version of water torture.

However, rather than attempt ‘quick fixes’ and patchwork attempts at mediocrity, 2nd year GM Ron Francis has decided to preach patience and try to build the Hurricanes incrementally, through the NHL Entry Draft, prospect/player development and effective Unrestricted Free Agent (UFA) signings.  Francis opted to take stock of what he has and what he will opt to use in the rebuild in the future.

As for what he has to build upon, that’s a mixed bag: he possesses a trio of young, talented defensemen in Hanifin, Justin Faulk, who has the potential to be a future Norris trophy (NHL’s best defenseman) recipient and Fleury, a stay-at-home defenseman to contrast the two offensively-minded defensemen in Hanifin and Faulk. Francis also has a trio of young defensemen in Ryan Murphy, Rasmus Rissanen and Michal Jordan that, while not with the hoopla that the aforementioned trio garners, will be major components of what is hoped to be the NHL’s best blueline corps of the future.  In the meantime, however, Francis acquired James Wisniewski to bolster the Hurricanes power play to join veterans Ron Hainsey and John-Michael Liles as their young defensemen develop as, in the case of Fleury, the Hurricanes opted to have him return to the Red Deer Rebels of the Western Hockey League (WHL) to continue to develop his overall game.

As for the Hurricanes offense, Francis was able to buy out Alexander Semin’s contract. Semin underachieved during his time in Carolina and was unable to capture the offensive magic that he was successful in doing while previously playing for the Washington Capitals for six prior seasons.  Otherwise, Francis opted to retain rumor mill fixtures, Jeff Skinner and Eric Staal, hoping that the duo could recapture the magic of season’s past versus the dwindling offensive trends of the last few seasons.  Although this duo has underachieved over the past few seasons, two young forwards Elias Lindholm and Victor Rask, have been pleasant surprises and, should Staal and Skinner be dealt, could form the nucleus of solid top forward lines, assuming Rask’s offensive game catches up with his already-developed defensive capabilities.

In goal, Francis opted to retain another rumor mill regular in goaltender Cam Ward, who made strides last year to return to his old, stellar form of the Stanley Cup winning season. Ward posted a career-best 2.40 Goals Against Average (GAA) during the 2014-15 season, something that could boost his trade value as the remaining year of his multi-year contract extension expires at the end of this season.  Francis acquired Eddie Lack, formerly of the Vancouver Canucks, to replace the departed Anton Khudobin as Ward’s backup.

Expectations will be tempered in Carolina as Francis will take a ‘wait and see’ approach as the NHL’s trade deadline in March, 2016 approaches.  In the meantime, expect the Hurricanes to be in a rebuilding mode, as patience will continue to be preached.