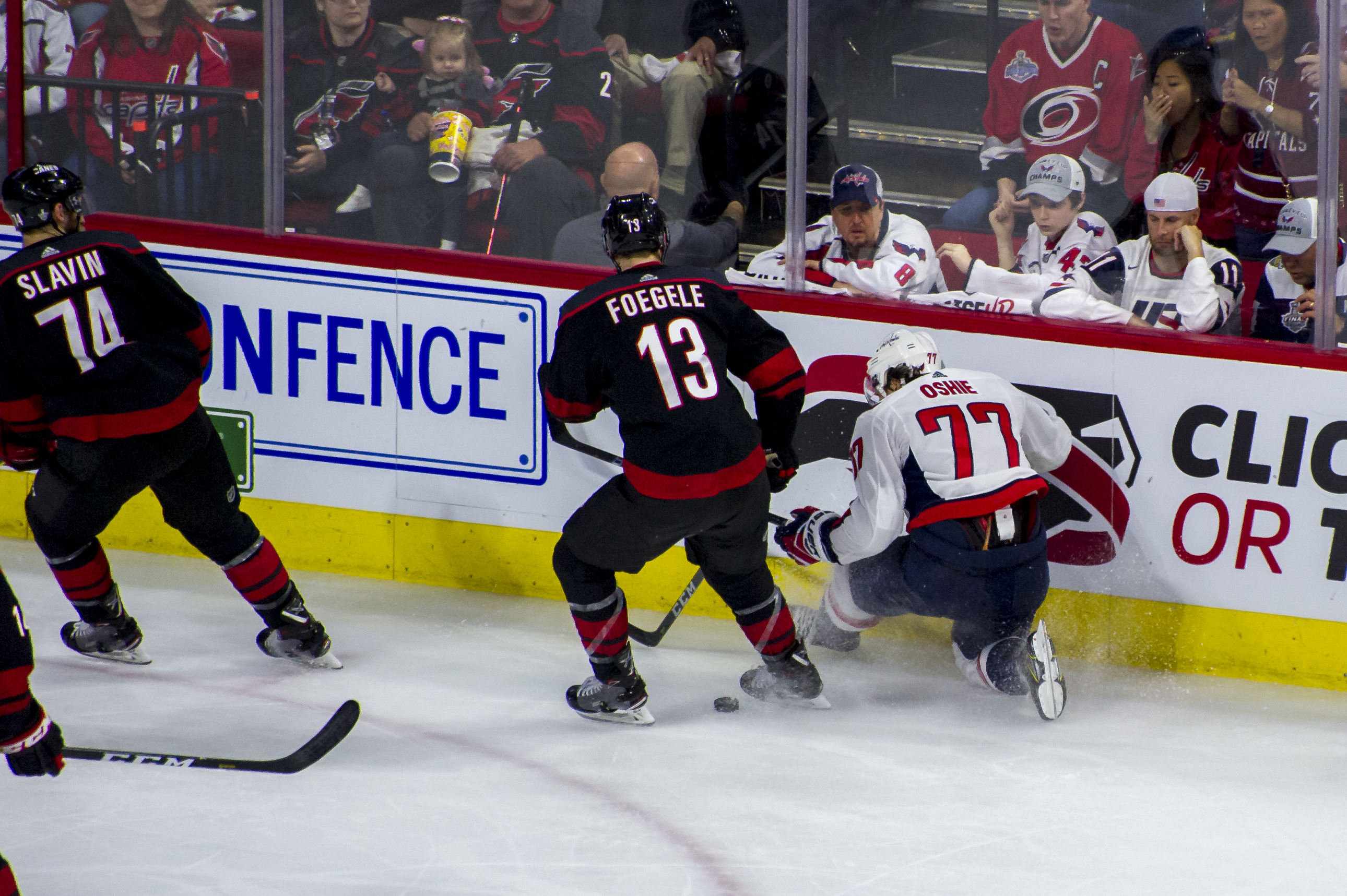 It’s been a long time since the Carolina Hurricanes had a true rivalry. When the franchise was in Hartford, the Boston Bruins were their biggest rival; likely due the teams’ proximities to each other because the Bruins frequently dominated that series. A few decades later, in Carolina, the Hurricanes would develop somewhat of a rivalry with the New Jersey Devils that can be attributed to the 2006 Stanley Cup run where the Hurricanes dismantled the Devils in landslide 4-1 series and then again in the 2009 Stanley Cup Playoffs where the Hurricanes defeated the Devils in a late Game Seven comeback. Unfortunately for fans of both teams, that rivalry quickly died off as both franchises began to struggle shortly after those playoff runs.

First round, 2018 Stanley Cup Playoffs. The Carolina Hurricanes versus the Washington Capitals. This series was the most interesting series in the playoffs, aside from the Stanley Cup Finals of course. You like goals? There were lots of goals. You like big hits? There were TONS of big hits (some even warranting match penalties). You like defense? There were even some big defensive plays. And fights; yes there were fights. One of these fights included veteran Russian sniper Alex Ovechkin and Carolina Hurricanes rookie Andrei Svechnikov. This series was a hockey fans dream. With the grueling seven game series, came some injuries as well. One of those injuries was T.J. Oshie, a fan favorite and offensive contributor to the Washington Capitals powerhouse. The Capitals can be a chippy team at times. After all, they do have Tom Wilson who has been suspended for more than his fair share of controversial hits. That is not to say that the Hurricanes did not have some heavy hitters last season either, because they did, but Wilson is known throughout the league for that style of play.

The 2018 first round of the Stanley Cup Playoffs could have set the precedent for what is to come between the Washington Capitals and the Carolina Hurricanes. After a hard fought seven game series that proved victorious for the Hurricanes in double overtime, the Capitals have that and the Oshie injury to really hang their hats on coming into this season. Some signs of anger could already be showing. About halfway through yesterday’s matinee, Tom Wilson followed Hurricanes’ forward, Warren Foegele, to the bench and cross-checked him. The two then exchanged words before Carolina Hurricanes head coach, Rod Brind’Amour, jawed back at Tom Wilson. That’s when Wilson really lost his cool. He was inevitably issued a cross-checking penalty along with a 10-minute misconduct penalty which sent him to locker room a little early before the period ended.

If the preseason is any sign as to what may lie ahead for these two teams in the regular season, this series will not be for the faint of heart. Players are typically more laid back in the preseason, especially veterans that aren’t fighting for a roster spot; but for these two teams, there is more than enough animosity to go around.

The Capitals kick off the 2019-2020 NHL season as the visit St. Louis Wednesday night at 8pm, while the Hurricanes have their home opener Thursday when they host Montreal at 7pm.