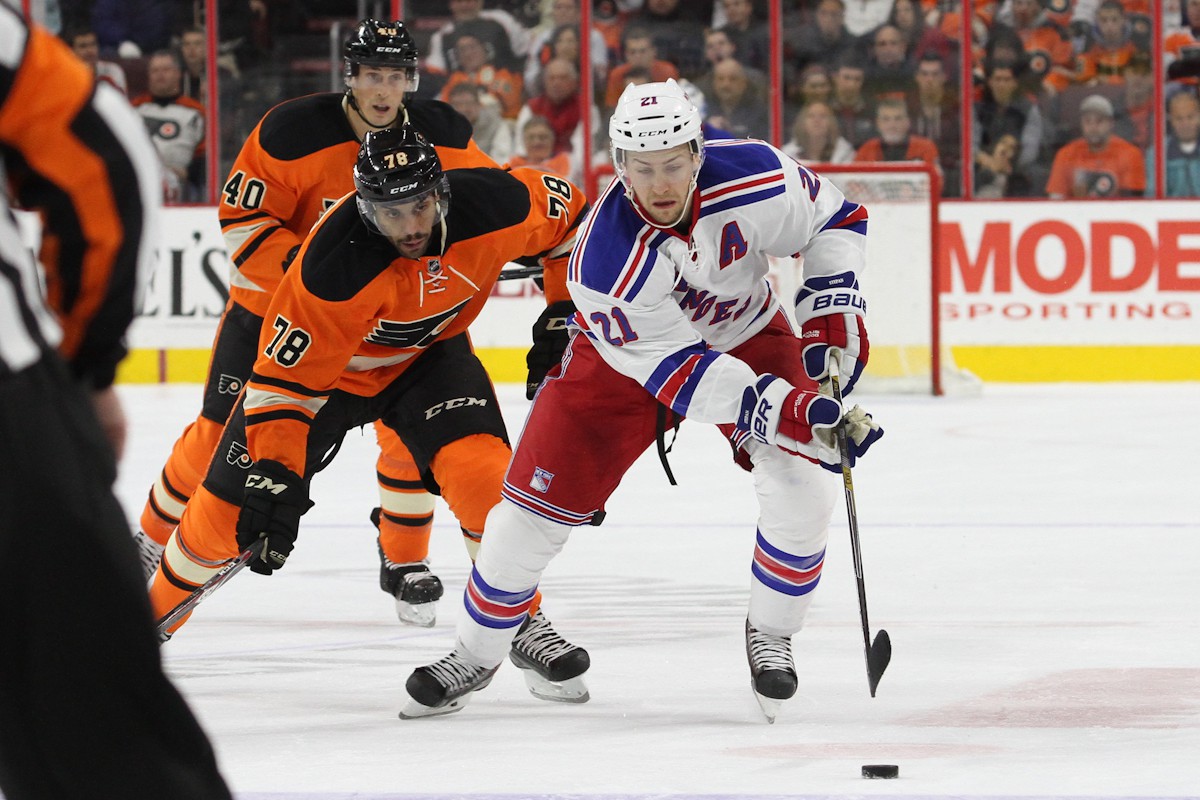 NEW YORK – It shouldn’t come as a surprise the Rangers’ eight-game winning streak – their longest in 40 years – has come after the team finally got healthy.

Since captain Ryan McDonagh returned to the lineup from a separated shoulder on Nov. 28, the team is 10-2-0, and they’re 8-1-0 since the return of fellow defenseman Dan Boyle, who’s missed a total of 17 games with a broken hand and the flu.

Derek Stepan, who scored his third-career hat trick during the Rangers’ 3-1 win over the skidding Devils (12-18-7) on Saturday night, missed the team’s first 12 games with a broken leg. But now, the entire group is accounted for, and coach Alain Vigneault’s team has finally created some leverage after its injury-plagued 11-10-4 start.

“Obviously injuries are a part of the game, everyone deals with them,” said McDonagh. “We’ve had a chance now to put together a solid lineup and get combinations and lines that we want.”

“I just think, as a group, we’ve kind of found places on lines,” said Stepan. “Defensively, we’ve really sharpened up as five-man units.”

“We didn’t have a few guys at the beginning and during training camp to find that chemistry within lines,” McDonagh said. “Fortunately now, we’ve been able to get on a roll and get chemistry within our pairings and our lines.”

The lines have largely remained the same over the last three weeks, and the payoff has been immediate. During the team’s eight-game winning streak – its longest since the 1974-75 season, the top line of Rick Nash, Derick Brassard, and Mats Zuccarello has combined for eight goals and 15 assists. Brassard missed two games during the stretch with the mumps.

“I believe that when you can form chemistry between linemates, you’re better off that way,” said Vigneault. “We’ve been able to stick with some lines. Whether it’s Brass’s line or Step’s line against the other team’s top line, they like that challenge, and they’re doing a good job for us.”

It’s been a collective effort by the Rangers (19-10-4), who have gotten scoring from up and down their lineup, outscoring opponents 27-11 over the streak. Meanwhile, their goaltending has been exemplary. Lundqvist, who made his 600th career start on Saturday, has a 7-0-0 record, with a 1.54 GAA and a .940 save percentage during the surge.

The Rangers registered had tricks in back-to-back games for the first time since Jan. 31-Feb. 2, 1994. Rick Nash also scored three goals in the Rangers win over the Capitals on Tuesday.

The Rangers are 11-0-1 in their last 12 games against Metropolitan Division opponents, and are 11-2-1 against their intra-division foes this season.

The Rangers are 15-0-1 when allowing two goals or fewer this season.