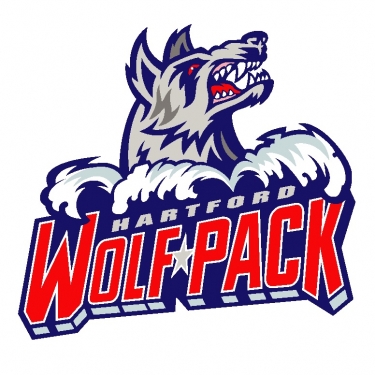 Hartford CT: Tonight, the Hartford Wolf Pack (40-23-5-4) takes the home ice to play their last game against their Northeast Division rivals, the Albany Devils (33-28-5-6). Right now the Wolf Pack are on the ultimate hot streak, and after last night’s landslide victory over Springfield and the Devil’s loss to Binghamton, the Wolf Pack are officially headed to the playoffs!

Tonight with Mackenzie Skapski still injured, Yann Danis once again took the net as the Wolf Pack’s starting goalie. Danis has been on role recently, garnering his fourth whitewash of the season last night, stopping all 31 shots faced. On the other side of the ice starting for Albany is Scott Clemmensen, and he isn’t new to the game either though. Clemmensen had a pretty nice stint in the NHL in the mid-2000s, being Martin Brodeur’s backup.

Solid first period for the Wolf Pack, just seconds after the puck drop Hartford immediately had a scoring opportunity, unfortunately however the puck went wide of the net. Missed shots are easy for the Wolf Pack to brush off though; it only took a few minutes for the team to gain a power play after Albany’s Reece Scarlett was called for interference at 3:47. Play was a little back and forth as the period progressed, but finally at 8:53 Chad Nehring came up big with a nice goal through the top shelf. The Wolf Pack ended the first period with a 1-0 lead on the Devils.

With a 1-0 lead to start the second period off, the Wolf Pack came back out onto the ice eager to extend their lead. Maybe a little too eager though, at 2:18 Dylan Mcllrath got called for high sticking, followed by Albany’s Raman Hrabarenka blasting one hard past Danis at 5:27 to tie the score at 1-1.

Fighting hard to break the tie, newbie, Brady Skjei was looking pretty good. “[He’s] a great skater, and great with the puck as well,” fellow teammate Tommy Hughes commented later on in a post game interview, “He’s really easy to play with.” Since Skjei joined the team a few weeks ago he really has been stepping up and contributing to the Wolf Pack’s play.

After the hard battle to capitalize in the Devils’ zone, Oscar Lindberg came through with a great shot at 14:08, which both broke the tie and marked his 26th goal of the season. Lindberg has been really firing the shots lately, not only was this his 26th goal, but it was the twelfth straight game with a point. Rather remarkable stuff coming from the 23-year-old Swedish native. The period finished with Wolf Pack back ahead of the Devils, 2-1.

A slow third period for the Wolf Pack, but the boys still held down the fort and kept their lead going. Close to letting it go midway through the period, a dangerous opportunity came for Albany, however Danis was able to save the shot just in the nick of time. The Wolf Pack held their 2-1 advantage through the third, defeating Albany.

“When playing a team like Albany,” said Shawn O’Donnell (HFD) after the game. “Things are going to be tight, we need to use our team speed,” He went on to say in regard to what strategies the team was looking to do in the game. Another win in the bag for Hartford, hopefully the team can keep this momentum up to get the big win.