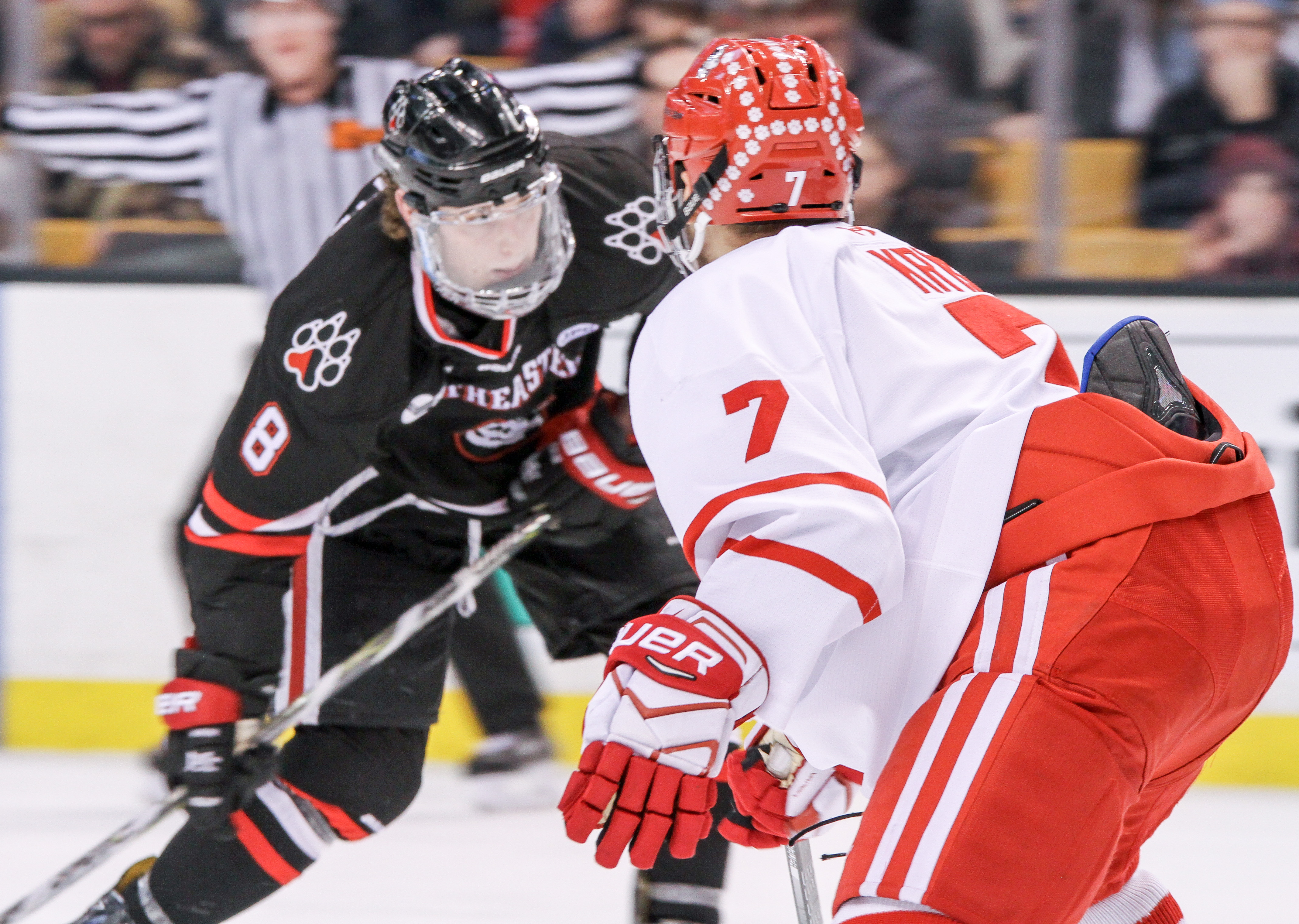 St. Paul, MN — Northeastern University has developed a reputation for high scoring skaters since Jim Madigan became the Head Coach of the Huskies in 2011. Kevin Roy, John Stevens, and Zach Aston-Reese all lit up the rink at Matthews Arena in their careers. However, the school never got anyone to the sport’s highest individual award, the Hobey Baker Award. Aston-Reese came the closest to winning it last year, reaching the Hobey Hat Trick. Will Butcher ultimately won the award.

This year was Adam Gaudette’s turn to lead the Huskies’ offensive charge. The junior from Braintree, MA, paced college hockey with 30 goals and 60 points. His offense led Northeastern to spectacular heights not seen in a generation.

The Huskies finished second in Hockey East, reached the NCAA Tournament for the second time in three seasons, and won their first Beanpot in 30 years. Gaudette scored a Hat Trick in the Title Game versus Boston University and won the Tournament MVP. Despite a hard loss to Providence in the Hockey East semi-finals and a tougher defeat against Michigan in the Worcester Regional, Gaudette’s efforts earned him end of season awards.

Hockey East named him Player of the Year and named him as a First Team All-Star. He also won the Walter Brown Award as the best American born college player in New England. Nationally, he was selected to the AHCA’s All-America First Team and reached the Hobey Hat Trick. Harvard’s Olympian Ryan Donato and Denver’s magician Henrik Borgstrom were the other Hat Trick finalists. On Friday night, Gaudette won and was the only member of the Hat Trick able to attend as the Hobey Baker Committee announced his name in the Roy Wilkins Auditorium.

Gaudette’s victory caps the best season in a generation for Northeastern. Jim Madigan’s team is losing their top line of Nolan Stevens, Dylan Sikura, and Gaudette to the pros, but the Huskies will look to the soon-to-be unfurled banners in Matthews Arena showing the successes of 2018 as a sign of inspiration.