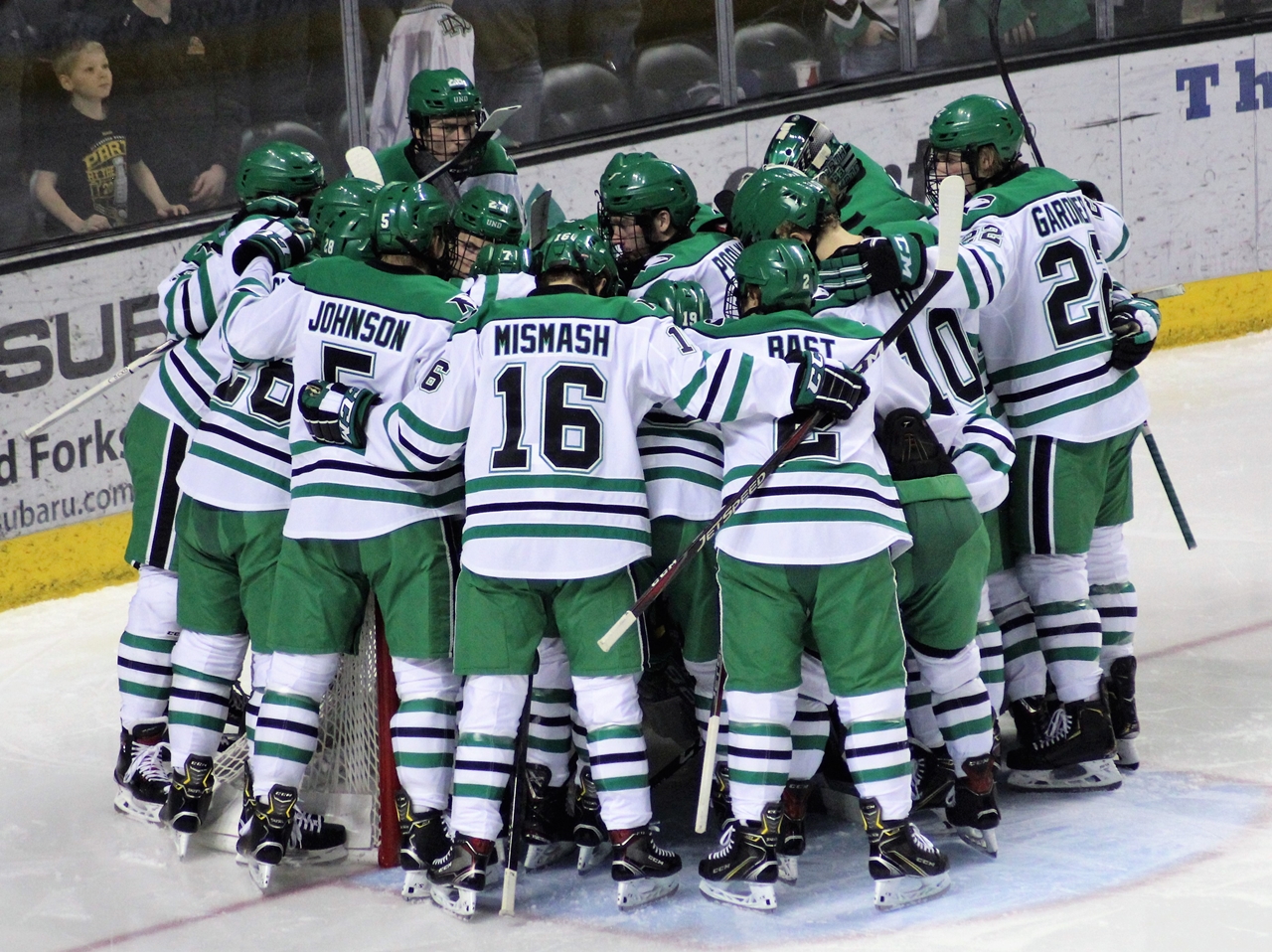 For 20-plus days, the NCHC has entertained their fans with non-stop hockey action. Due to Covid-19, the NCHC decided to start the regular season in a pod, similar to the 2020 Stanley Cup Playoffs.

Eight NCHC teams traveled to Omaha to kick off the regular season. Looking back it was a great move by the NCHC. The action on the ice was fast and furious and fans bing watched college hockey for 21 days. It appears that the fans enjoyed being able to watch college hockey again after a 270-day hiatus. Albeit, there’s one more game left in the pod. Monday, Colorado College plays Omaha at 12:05.

“Going through something that nobody’s ever experienced,” UND head coach Brad Berry said. “The NCHC, Josh Fenton, and Michael Weisman did an outstanding job here of putting a controlled environment, professionally done, and everybody adhered to the protocol, kudos to them. It was a great experience.”

After Sunday’s 6-2 win over the Miami RedHawks, Berry thought the Omaha Pad was a great experience for his team.

“You’re forced to be with each other 24-7,” Berry said. “It’s like a family. You’re with each other all the time. I enjoyed it. I know it’s situational where’s there’s a lot of sacrifice by a lot of people. It was the best chance for us to get 10 games under our belt.

“I think our guys had a good experience. They made the best of it. We came down here and said ‘hey,’ we’ve got to be positive. You’ve got to make sure that you have a good mindset each and every day. Our guys did.”

“A lot of good memories, freshman forward Riese Gaber said. “I enjoyed this process. It was a ton of fun. We had a good setup. Having the schedule that we did, throughout the 20 days, it was a lot, but at the same time, we got to play a lot of hockey.”

One of the stories to emerge from the pod is the play of freshman forward Riese Gaber. Through 10 games, Gaber has scored seven goals and nine points. He leads the team in goals and has played on the first line with Shane Pinto and Jordan Kawaguchi. I asked Berry if he thought Gaber would make this big of an impact this early.

“We thought he’d make an impact, but you never know how much of magnitude early on, Berry said. He’s made a great impact early on. It was one of those things where goals are hard to come by. Both five-on-five and power play, and he’s taken full advantage of that.”

“I’m pretty happy with my goal scoring production,” Riese Gaber said. “The coaches have a ton of confidence in me and give me lots of opportunities. I’ve got to make the most of that opportunity. I’ve been fortunate to have some good linemates and be able to do that.”

For the first half of the game, the two teams played to a 2-2 tie.  Then the Fighting Hawks took the game over. The Hawks scored four goals during the second period and one in the third.

“I think we got out-competed tonight,” Miami forward Jack Clement said. “We gave them way too many odd-man rushes, and against a team like that, they’re going to make you pay.”