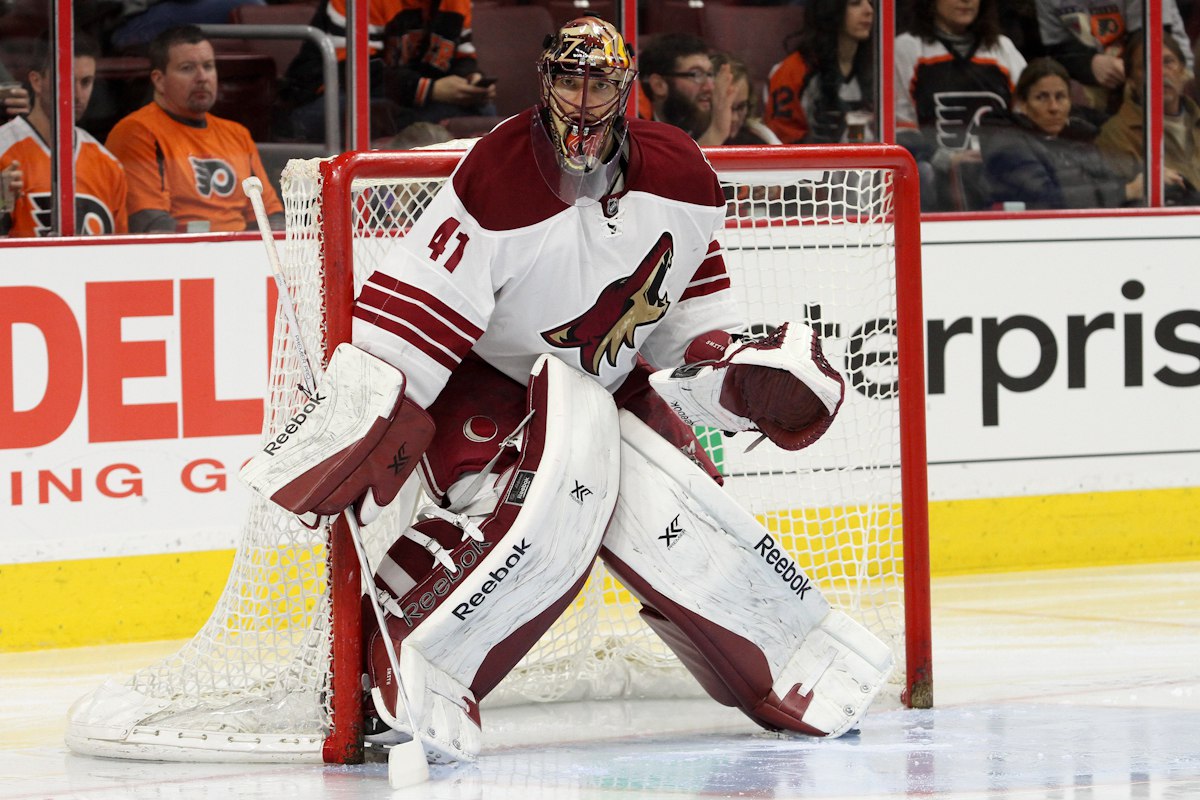 From Riches To Rags In A Week

When a team is ahead by a considerable margin in any kind of standings, the one that is up just needs to try and find ways to maintain it. Phoenix worked so hard during their final long road trip, beating three potential playoff teams in the Eastern Conference and put themselves five points ahead of Dallas about a week ago. They had returned home to play three of the next four at Jobing.Com Arena starting with a Minnesota Wild team they could leap over in the standings.

Instead of getting the job done, they have now dug themselves in a very deep hole.

Lets start with the game against the Minnesota Wild. Sure they were ahead going into the third period 1-0, but no team can win games if they can’t find ways to balance their attack. They were held shot less for nearly an entire period. Thomas Greiss constantly had to bail the team out as he was beaten up throughout the third period, watching his defense allow easy takes to the net. Minnesota took advantage and scored three goals in the final frame to win 3-1.

The Winnepeg Jets were next, and it was nearly the same story line. A rather strong second period wasn’t carried over, as they were only able to take seven shots in the final third period and overtime. Winnepeg was also on the offensive front, but all they needed was Andrew Ladd’s shootout goal to prevail in a 2-1 victory. Phoenix was able to manage to get a point, but during those last two games, their five point lead in the standings was cut short from Dallas quickly as they took over the final spot.

Things didn’t get any better against the Los Angeles Kings. Jonathan Quick was hardly touched, making just 17 saves while his team little by little picked at the Coyotes defensive collapse. Everything came easy for Los Angeles, and a 4-0 loss did not allow any movement in the standings.

So now, a chance to do some damage awaited them last night when Edmonton came in. The Oilers, who are last place in the Western Conference, were just what the Coyotes needed in order to gain some ground with the Stars idle. They certainly played much better for the first 59 minutes, controlling the puck, finding chances to finally get some scoring, and build some confidence. It was until Greiss misplayed a puck behind the net with the Oilers flooding the back side. Greiss tried to clear it, but Sam Gagner got in front of the clearing puck and knocked it into the empty net. That goal not only stole a point from the Coyotes, as they did manage to lose 3-2 in a shootout, but it summed up what kind of week they have had.

“In this league, mistakes come to bite you,” Coyotes head coach Dave Tippett said. “When you don’t get enough on the other end, you try to overcome some of those mistakes. I felt like our intentions [against Edmonton] were good, we just couldn’t get anything done. There were times like we looked like a very slow team.”

“Simply put, we let a point slip away,” forward Kyle Chipchura said. “We did have it with 40 seconds left, but even before that they still had some solid chances. Our execution was not there early and we didn’t find a way to snag that extra point.”

So what kind of story line have you seen throughout the month? Take for example your top forwards on the team on a major scoring drought. Each of their top scorers (Martin Erat, Radim Vrbata, Shane Doan, Antoine Vermette, and Mike Ribeiro) have each scored either three goals or less in the last 16 games.

What about taking the fact that third period leads seem to vanish in an instant? Sure the team is in the middle of the pack when leading after two periods with a .750 winning percentages, but they are one of three teams that have 10 or more losses when ahead around that time. Or is it just simply what happened in the last four games write out what has been the storyline for the Coyotes all year?

Phoenix is ahead in the wild card standings by one point, but they don’t have another game until Tuesday. Dallas is traveling in the Sunshine State taking on Tampa Bay and Florida this weekend. It will be hard not to scoreboard watch, but with most of their fate out of their hands, all they can hope for is a chance with four games to go and a very crucial date with the Stars the last game of the year.

“You sit in eighth place right now and you’ve got Dallas playing two on the weekend. Obviously, you watch those scores. That’s just the way it is,” Tippett said.