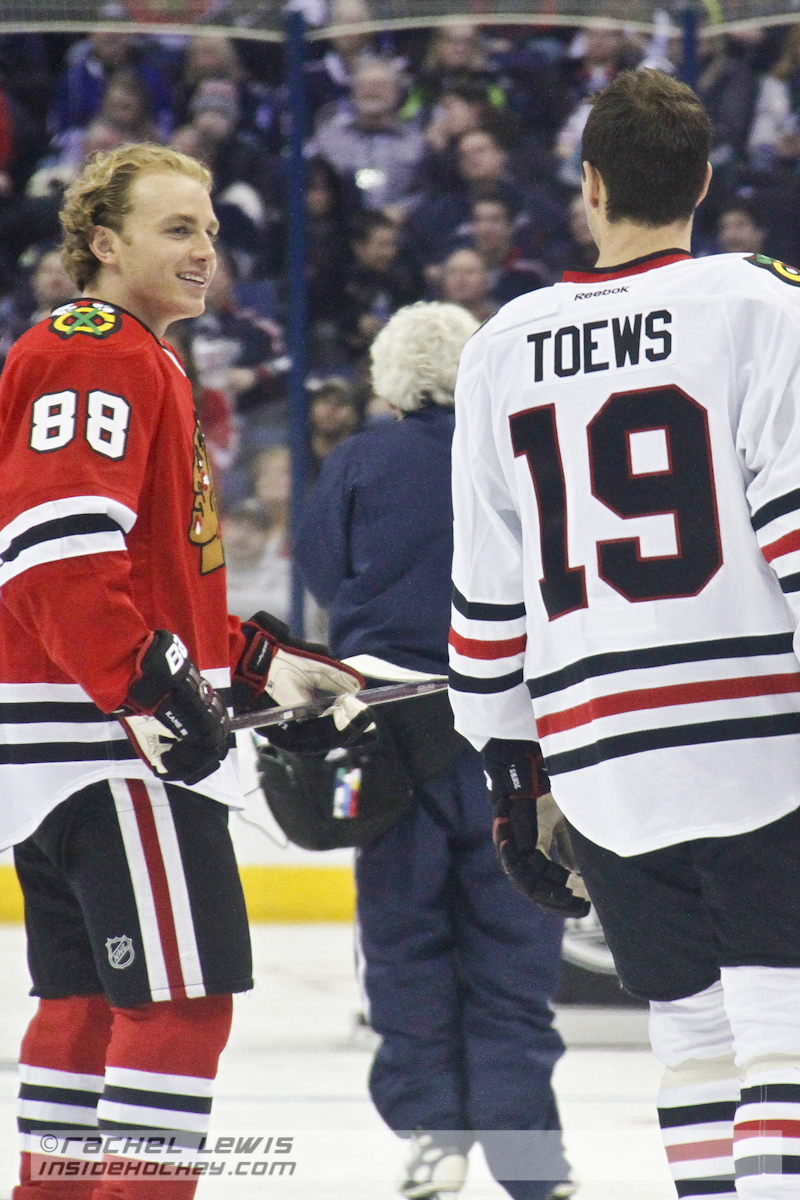 Patrick Kane from the Chicago Blackhawks chats with teammate Jonathan Toews. Kane won the DraftKings NHL Accuracy Shooting with a time of 13.529 seconds.

Good Afternoon! I hope you’re enjoying your Friday. Here are few of the headlines making the news in the hockey world today.

This is what you we already know; Chicago Blackhawks All-Pro forward Patrick Kane is making the news, and not in a good way. According to the Buffalo News, Kane is the subject of an investigation for an incident that occurred at his residence last weekend. Details of the event have been slow to emerge.

As with any criminal investigation, a subject is assumed innocent until proven guilty. I would caution anyone jumping to hasty conclusions until we have more information.

In other news, Auston Matthews has decided where he’s going to play this season. The Young Phenom has signed a contract with the ZSC Lions in Switzerland. [CBS Sports]

If must be the offseason, the hockey pundits are predicting who’s on thin ice: Five NHL coaches on hot seat heading into season [Sportsnet.CA]

Here are a few of the stories making the news:

Baffoe: Patrick Kane Is Not Your Friend [CBS News]

Kane’s fame has come with some bumps [BN Hockey]

In Other Hockey News

Flyers counting on former North Dakota head coach Dave Hakstol to get them  back to the Stanly Cup Playoffs [NHL.COM]

Auston Matthews to play in Switzerland, not WHL [Sportsnet.CA]