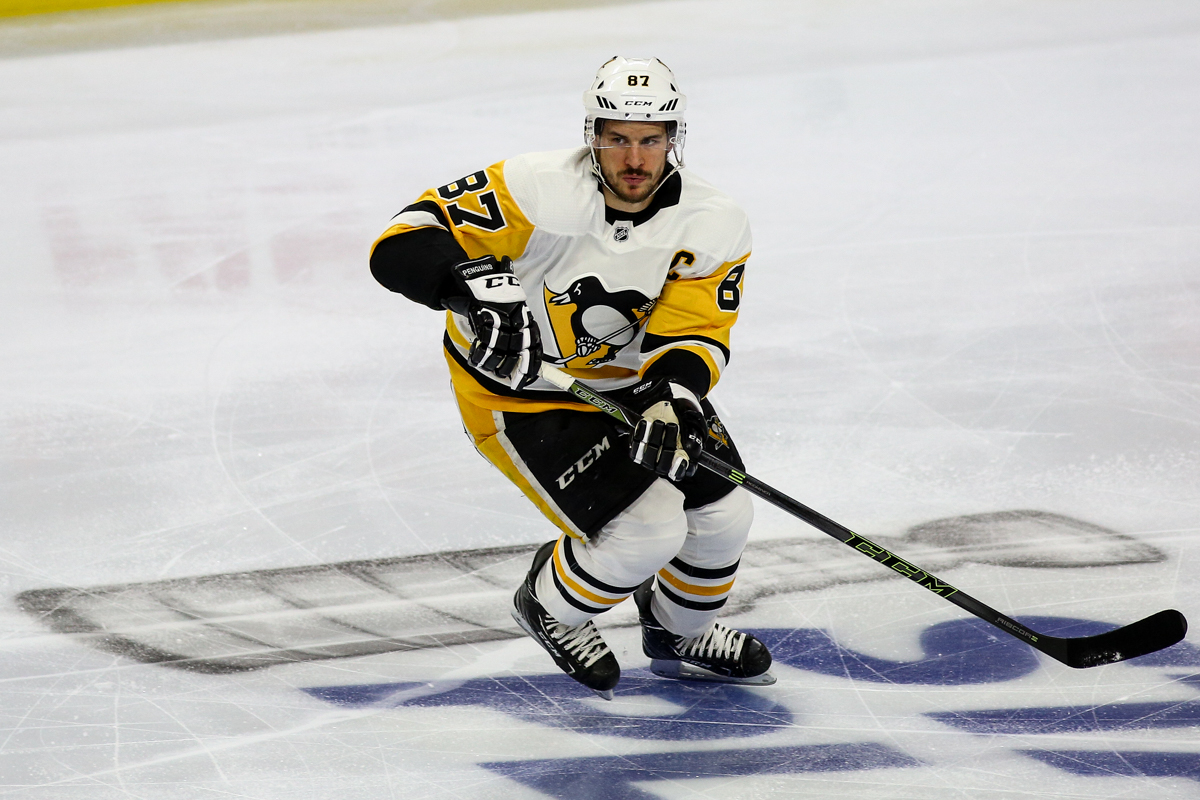 Four games into the 2018-19 season, the Penguins are still trying to put it all together.

Their 2-1-1 record seems about right for a team that’s turned in one run-and-gun performance (their 7-6 opening night OT win over Washington), two sporadic efforts (Thursday’s 4-2 win over Vegas and Saturday’s 4-3 shootout loss at Montreal) and one really big clunker (last Saturday’s 5-1 home loss to those same Canadiens).

What’s missing has been hunger. Consistency. The swagger you might expect from a team that’s won two of the last three Stanley Cups.

That’s likely why, even after the win over Vegas, head coach Mike Sullivan was still experimenting with his lines and defensive pairings – shifting third-line center Derick Brassard to left wing alongside Sidney Crosby on the top line; bringing back blueliner Olli Maatta after a one-game healthy scratch; sitting defenseman Jamie Oleksiak instead while keeping rookie Juuso Riikola in the lineup.

“I think we still have to do a better job of winning battles; our execution isn’t where it needs to be,” said captain Crosby. “We’re going to play more games here now so, hopefully, that’s something that’ll get better with time. I think we still have another level of executing out there.”

That certainly applies when it comes to puck possession. The Penguins are No. 21 of 31 teams with a 46.63 SAT percentage – not where a team whose game is based on controlling territory wants to be.

“I just think it starts with a mindset and a certain level of urgency and a commitment to play the game the right way,” Sullivan said. “We do it at times but we’re not consistent enough yet.

“When we find it in ourselves to bring a level of consistency to that commitment, then I think our team will improve and will control territory more, will control the shot clock, will get on the power play more.”

Saturday’s effort in Montreal was an example of how lack of consistency can cost standings points, as the Penguins watched their strong, 2-0 start evaporate into a 3-2 deficit in an 8:51 span of the second period. Pittsburgh played sloppy, undisciplined hockey, taking four penalties in the period, including two that gave the Habs an extended 5-on-3 opportunity late in the frame.

“They got momentum in the second and we didn’t find a way to grab it,” Crosby said. “We took penalties and allow them to sustain it; we got badly outplayed there.”

“They played better than us; they played with more urgency,” Sullivan said. “It started right from the drop of the puck in the second period…they got a lot of momentum from it. We’ve got to play a full 60.”

Phil Kessel’s second-period goal, strong penalty-killing and a 37-save performance from backup netminder Casey DeSmith helped get the Penguins the single standings point, but the one that slipped away felt like a missed opportunity.

A frustrated Evgeni Malkin said he and his fellow Penguins forwards needed to play better without the puck.

“They have 16 scoring chances, we have two; it’s not our game,” said a frustrated Evgeni Malkin. “We score two goals first period, [so] we try to score two goals second? No, it’s not work. We need to focus in D zone, too.

That’s timely advice because it will take a team effort to compensate for the loss of defenseman Justin Schultz, whose left angle twisted in a way defense partner Jack Johnson called “gruesome” after a collision into the boards. If that description didn’t sound ugly enough, Schultz was seen leaving Centre Bell on crutches and in a walking cast.

“He’s got a lower-body injury; he’ll be evaluated when we get back to Pittsburgh,” Sullivan said. “I can’t give you any more details than that.”

Schultz is likely to be out for the long haul, but starting goalie Matt Murray, who missed Thursday and backed up DeSmith Saturday after suffering the third concussion of his young NHL career, is expected to be back in goal when the Penguins host the Vancouver Canucks on Tuesday.

It’s Pittsburgh’s last home game for two weeks as they’ll head on a swing through Canada. And it’s another chance to start establishing the consistency that’s eluded them in the early season so far.

“I’ve always been a strong believer in a certain mindset to play this game,” Sullivan said. “There’s a certain level of will that’s associated with having success, and we’ve got to find it more consistently. We have it at times, but we haven’t had it in this early part of the season with enough consistency to be the team we’re capable of being.”