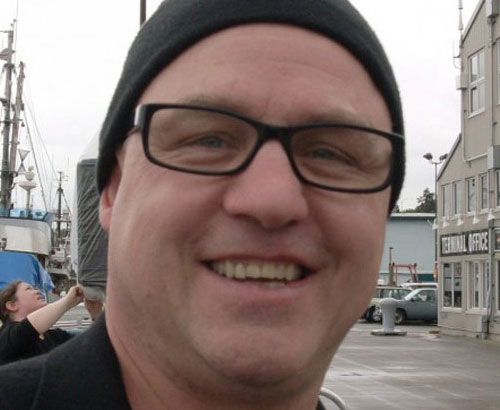 Winger Mitch Wilson fought hard when he was a professional hockey player. He was able to live the dream of so many Canadian boys and reached the NHL in the mid-80s, first with the New Jersey Devils and later with the Pittsburgh Penguins. But now, at the age of 54, Wilson is facing the toughest challenge of his life. He was diagnosed with Amyotrophic Lateral Sclerosis (ALS), more commonly known as Lou Gehrig’s Disease in 2014. The illness robs the afflicted person of voluntary muscle movements and is fatal. There is no known cure.

Wilson reached the NHL because of his toughness and work ethic, two things that will serve him well in his fight against ALS and his desire to raise awareness about the disease. Although he was listed at just 5’9″, he earned his keep in the hockey world as a tough guy. He accumulated 436 penalty minutes in just 60 games with the WHL’s Seattle Breakers in 1981-82 while also scoring 18 goals.

“Talent-wise, he struggled to make our team, but he found a way,” Jake Goertzen, who scouted for the Breakers when Wilson played for them, told CBC’s Elliotte Friedman. “Sticking up for others, doing what he had to do, fighting, sticking his nose in, getting under other people’s skins … he made himself valuable.”

From the WHL, Wilson worked his way up to the minor leagues. First he made stops in the AHL with the Maine Mariners and Baltimore Skipjacks. Wilson wasn’t a big offensive contributor, but he continued to stick up for his teammates and regularly accumulated plenty of penalty minutes and contributed to the success of his teams.

In 1983-84, he helped the Mariners win the Calder Cup championship and even scored the cup-winning goal. In 17 postseason games, he scored three goals and nine points.

Wilson made his NHL debut in 1984-85 with the New Jersey Devils where he picked up two assists in nine games while adding 21 penalty minutes.

Wilson has fond memories of his NHL debut. “I remember lining up opposite Clark Gillies [of the Islanders] in my first NHL game with the Devils and not knowing whether to call him ‘Mr. Gillies’ or ‘Sir’,”Wilson told NHL.com.

In 1986-87, Wilson played 17 games for the Pittsburgh Penguins and even took some shifts alongside Mario Lemieux. His first NHL goal came against the Philadelphia Flyers’ Ron Hextall.

The following year, he was back in the minors, playing for the Muskegon Lumberjacks of the IHL. Wilson had his best statistical season in 1987-88, scoring 27 goals and 52 points while adding 400 penalty minutes. He helped lead the Lumberjacks to the Turner Cup title in 1989 scoring four goals and nine points in 11 playoff contests.

Wilson retired from pro hockey in the mid-9os and began a second career as a tug boat captain. He was diagnosed with ALS in 2014. Doctors gave him four years to live. He faces a future of declining health and increased medical care and expenses.

Hockey fans can get involved. A Go Fund Me account has been created by Dignity After Hockey to help raise money for Wilson’s medical needs. A portion of the proceeds raised will also be donated to ALS research. To donate or learn more about Mitch Wilson’s situation, go to https://www.gofundme.com/d7fprw.

Dignity After Hockey will also be holding an on line auction from April 14-17 to help raise money for Wilson. To donate an item for the auction or get more information on the great hockey-related items up for bid, go to http://dignityafterhockey.com/.

Wilson was always a selfless player on the ice and he remains that way while facing his latest challenge.

“Down the road, if we can make it so someone doesn’t have to go through what I’m going through, I think that would be awesome,” Wilson told NHL.com.

Rest assured Wilson will continue to battle in this very difficult fight. The hockey world remains united in their support for one of their own.