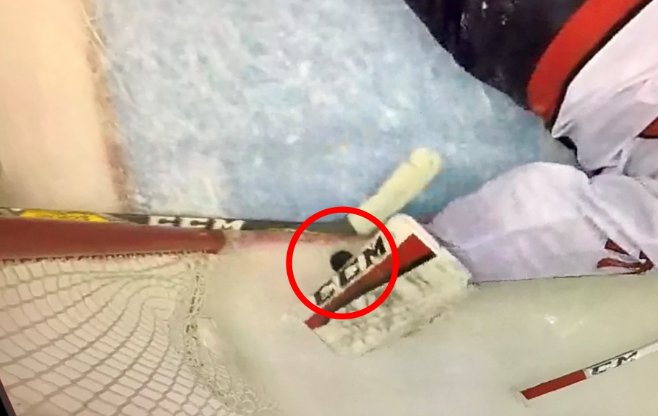 For Pens and Caps, It’s Now a Best-of-Three

With the Capitals holding a 2-1 lead in their second-round series, Game 4 was as close to a must-win for the Penguins as a non-elimination game can get.

The result, too, couldn’t have been much closer. How close, exactly?

Here’s the frame-by-frame on the Malkin goal pic.twitter.com/UskAkqGdGf

That goal from Evgeni Malkin at 17:31 of the second period broke a 1-1 tie, then held up to a goal review followed by a coach’s challenge.

“When I’m seeing it on the ice, I think it’s no goal,” Malkin said. “I don’t see puck cross line. And I get so mad because it’s a good chance to score. But, after we watched the replay, it gave me a little bit more confidence. I have a great chance last game but it hits the post, then a post again this game. It’s crazy.”

Malkin called the eventual game-winner a “garbage goal” for himself, crediting winger Patric Hornqvist for getting the rebound, sending the puck his way and creating space in the front of the net. The Capitals, meanwhile, felt that Hornqvist pushed down on goaltender Braden Holtby’s pad, preventing him from getting over to defend the far side of the net.

“It wasn’t much, but Hornqvist wasn’t driven in there; he was skating in full-bore,” said Capitals head coach Barry Trotz. “Those [challenges] are so iffy sometimes, but we felt it was the right time. They got a little momentum in the building, and I felt we had a really good second period.

“But we didn’t get another puck by [Penguins goaltender Matt] Murray.”

The Penguins managed to protect their one-goal lead through the third, allowing the Capitals only three shots in the final frame.

“I think it was just good defense,” said Penguins head coach Mike Sullivan. “There wasn’t a lot of room at either end out there. I think both teams are defending extremely hard. We went through a stretch of that third period where it was close to 10 minutes we didn’t have a whistle.

“With the pace of the game [and] the physicality of the game, we tried to keep all four lines in it. And I thought, to a man, we defended hard. We made pretty good decisions with the puck; we stayed above the attack. And when we had opportunities, a lot we did get were off of our defense.”

“We understand it’s a huge game for us. We can’t lose or it’s 3-1,” Malkin said. “In the third period we played smart. We focused on D zone; tried to block shots. We played Game 7 tonight.”

Aside from Malkin’s goal, the Penguins once again got all of their offense from the same well that’s been producing for them all playoffs – the top line, led by captain Sidney Crosby and 23-year-old postseason phenom Jake Guentzel.

“Just kind of feel like the bounces are going in right now and [I’m] just getting lucky on some plays in front of the net,” Guentzel said. “The puck’s finding me; you’ve just got to try to be around it. Hopefully, they keep coming. It’s definitely a good feeling.”

The Capitals’ only goal came midway through the second period, when T.J. Oshie put home a pass from Nicklas Backstrom to lift Washington into a 1-1 tie. Captain Alex Ovechkin, playing without linemate Tom Wilson as he serves a three-game suspension for an illegal hit to the head in Game 3, was held without a shot on goal.

“I think we just didn’t give up the amount of odd-man rushes that we’ve given up in the first couple of games,” Sullivan said. “It’s something that we’ve been watching a lot of film about and trying to be more diligent, so that we don’t give them the 2-on-1 opportunities, for example, that they got [on Ovechkin’s game-winner] in Game 3.”

“Trust me, Ovi will get his shots,” Trotz said.

The game was highly physical, especially on the Capitals’ end. They threw 43 hits to the Penguins’ 25, like this one in the game’s waning seconds as Holtby was pulled and Washington was down a man while serving a bench penalty for too many men on the ice.

“Obviously they’re desperate; he was trying to forecheck on me,” Penguins defenseman Kris Letang said. “Yeah, it was a high hit – but, at the end of the day, I don’t think he went with his elbow to try to knock me out. It was just an emotional game. It was tight from the beginning to the end; just good emotion.”

All in all, though, emotions seemed to have settled down from Game 3, allowing these two highly skilled teams to spend lots of time in their respective offensive zones and work to generate offense.

“There’s a lot I liked about our game,” Trotz said. “We were a puck away from being in the lead or getting it tied up. I think our group is very resilient; they’re confident. We said we wanted to come here and, at minimum, get this thing to a best-of-three. Well, we’ve done that.”

For the Penguins, getting the series to a best-of-three was their best hope going into Game 4, and they’ve done that.