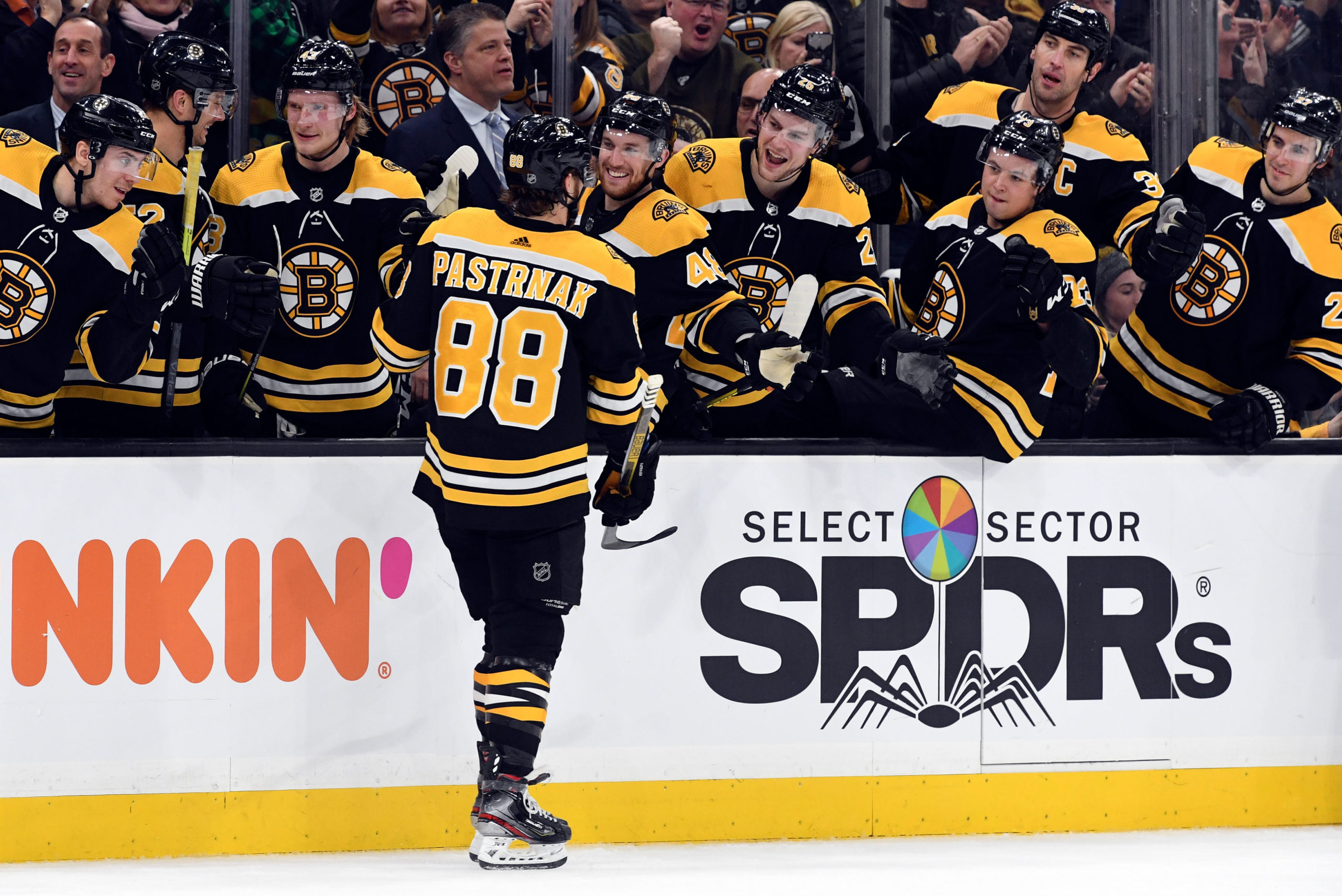 The Boston Bruins currently sit at the top of the NHL standings. Their performance on the ice has succeeded everyone’s expectations. By looking at players statistics in every position and the role that every player has, it would not be difficult to see why they will finish with their third straight 100 point season.

While the players and overall team statistics have led to success in the standings, none of their success would be possible without team chemistry. The Bruins have a close knit team on and off the ice. They always encourage each other to succeed in every game and congratulate each other when they do something positive in a game. A recent example of team chemistry was when Charlie McAvoy scored the game winning goal in overtime in Chicago last month. The defenseman, who has been known for his offensive abilities had still yet to score this season before that goal. Jake DeBrusk, who assisted on that goal, celebrated as if it were the Stanley Cup final.

Head coach Bruce Cassidy often switches offensive lines and defensive pairings. Oftentimes, injuries have given him no other choice. That often hurts teams but for the Bruins, the consistent lineup changes bring out the best in them. The top line of Patrice Bergeron, Brad Marchand and David Pastrnak have been one of the best top lines in the NHL since Cassidy took over as head coach three years ago. Bergeron and Marchand have been close friends for a long time and always know where each other is on the ice. Both players have given the opportunity for the much younger Pastrnak to develop in to a superstar. Pastrnak currently has 48 goals, and many of them have been assisted by Bergeron and/or Marchand. He connects well with them because his speed and shooting combine well with Bergeron and Marchand’s playmaking abilities.

The defenseman have also proven that team chemistry is important to the team’s success. This season, Charlie McAvoy has hit his stride in being flexible with his defense partners. He can connect well with Bruins captain Zdeno Chara, who has spent the past three years giving him veteran leadership on the blue line. Both players connect well because they have great vision on the ice, which allows them to see what opposing players might do. They are often on the ice at the same time as the other teams best goal scorers. When McAvoy is with Chara, he is not afraid to show his mental toughness on both ends of the ice.

McAvoy also has a great connection with Matt Grzelcyk, who has great speed and despite being only 5’9”, uses his body well and is not afraid to drop the gloves when necessary. Grzelcyk often plays against other teams second and third line players and on the penalty kill.

On both sides of the ice, Charlie Coyle has stepped up his game this season. The Weymouth, MA native and Boston University graduate was traded to the Bruins from the Minnesota Wild last year. He was a solid player for the Wild but getting traded to his hometown team has allowed him to become a two way player. He has played on the third line for most of the season and has been bumped up to the second line at times. Coyle plays on the penalty kill often and even scored a short handed, breakaway goal in February. He has also played a role in the development of Anders Bjork. Bjork started the season with the Providence Bruins and earned a call up in October and has not looked back. When Coyle and Bjork play together, they often see each other well on both offense and defense. Coyles leadership has helped Bjork earn penalty kill time and improve his speed on both ends of the ice.

There is still one month left in the regular season and anything can happen once the playoffs start, but it looks like the Boston Bruins have the right pieces and team bonding that makes them one of the leading candidates to hoist the Stanley Cup in June. They have an elite mix of veterans who have won Stanley Cups in the past and a young group who have playoff experience and know what it takes to win in the playoffs. Every player is hoping for just one more playoff win this year.