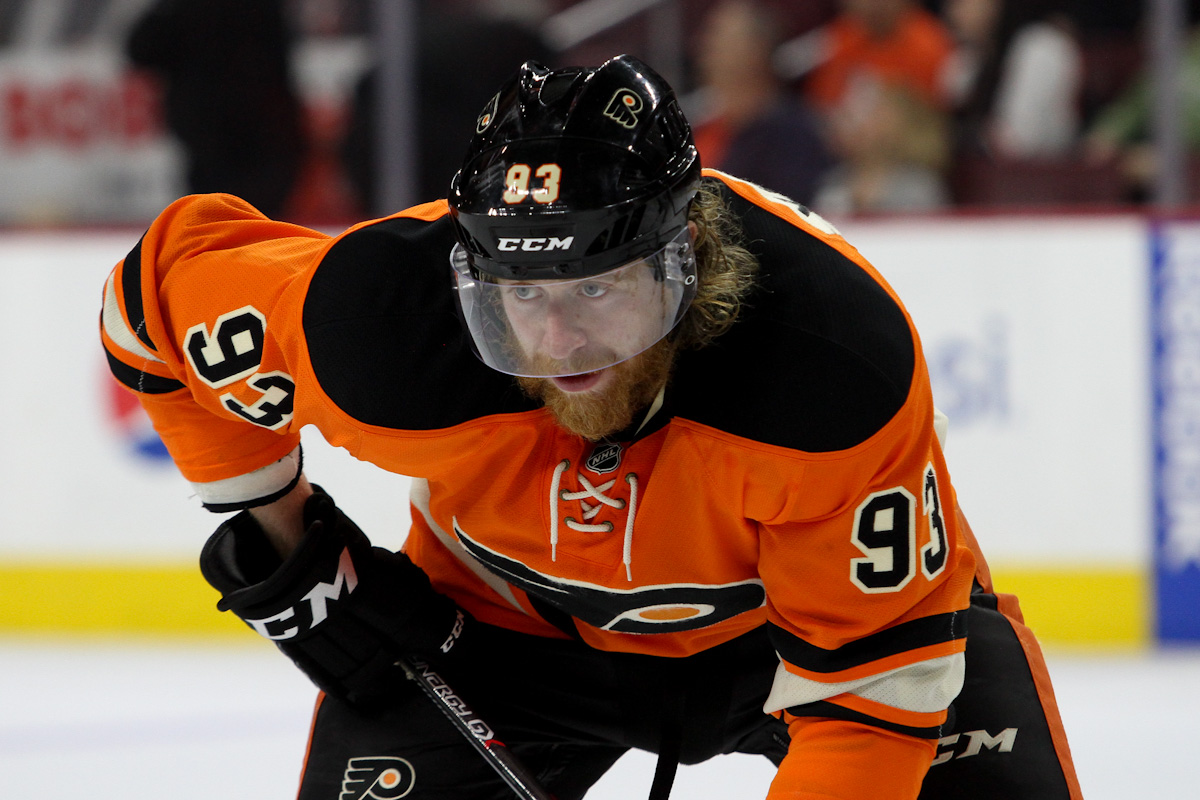 Flyers Hurt Playoff Chances with Loss to the Penguins

When the Flyers entered today’s highly important matchup with its biggest rival Pittsburgh Penguins, it was a win away from retaining the 2nd Wild Card spot in the Eastern Conference and taking two crucial points away from Pittsburgh, who currently hold the 1st Wild Card spot.

Despite starting the game off slow, which is a Flyers trademark, it scored the first goal of the game early in the 2nd period thanks to a Radko Gudas (his 4th) wrister from just inside the blue line. Just when momentum started to build, Pittsburgh’s Trevor Daley scored his 5th goal of the season a minute later. After that, it was all Pittsburgh as the team scored three more goals to defeat the sluggish and flat Flyers 4-1.

The Flyers offense was completely outmatched today as Pittsburgh out shot Philadelphia by more than double 35-17. In other troubling news, Flyers goalie Michal Neuvirth was supposed to get the start in net today against Pittsburgh but was forced to sit after he appeared to get injured during warmups. No word yet on what exactly the injury was. The Flyers said during the game Neuvirth “didn’t feel well.” Steve Mason got the last minute start.

Despite Mason appearing as the #1 goaltender on the Flyers depth chart, Neuvirth has been the better statistical option between the pipes this season for the Flyers with a better record (17-8-4) and save percentage (2.28) than Mason (17-16-8; 2.62). Steve Mason was asked when he knew he was going to start today:

“About 20 minutes before the game started,” Mason said. “That’s why you always try to be prepared. That’s just the nature of the position sometimes. Sometimes you get called on short notice. That’s kind of why you prepare everyday as if you were going to play.”

Along with Neuvirth, the Flyers were also missing forward Chris VandeVelde today as he began serving the first of his two game suspension for elbowing Chicago Blackhawks forward Jonathan Toews in the head in Wednesday night’s game.

Seemingly the lone bright spot for the Flyers today was the return of Jakob Voracek. Voracek had missed the previous nine games because of a lower-body injury sustained Feb. 25 against the Minnesota Wild.

As a key figure on the Flyers front line, it is extremely important to have Voracek back for the remaining stretch of games in the regular season. Admittedly not 100% healthy, Voracek was asked how he felt after missing the better part of a month:

“I don’t want to say the percentage wise, but I was still favoring a little bit of the left leg,” Voracek said. “It didn’t eliminate me as much as my hands did today. I think  I coughed up a couple of pucks, which I expected it was going to happen and we have to find a way to help the team to win a game the next time.”

In 61 games Voracek is second on the Flyers with 38 assists and tied for third with 48 points. But without him the team went 7-1-1. The Flyers are lucky to have had a great record in his absence, but in order for it to clinch a playoff spot and beyond, it’s going to need Voracek to be as healthy as possible.

With both Pittsburgh and Detroit winning today, the Flyers now sit 3 points behind Detroit for the 2nd Wild Card spot. There are only 12 games left in the regular season and the NHL schedule isn’t giving the Flyers any favors. Philadelphia will now go on a 3-game road trip before coming home to face the league’s top team Washington Capitals. It’ll then have to play the Red Wings in Detroit and Pittsburgh twice more on April 3rd and the season finale on April 9th.

Every remaining game becomes more important than the last. If the Flyers can’t spin off wins in bunches, it may soon become mathematically eliminated from the playoffs. Taking one game at a time, the Flyers hope to start an all important winning streak as it plays the last place Blue Jackets in Columbus on Tuesday night.