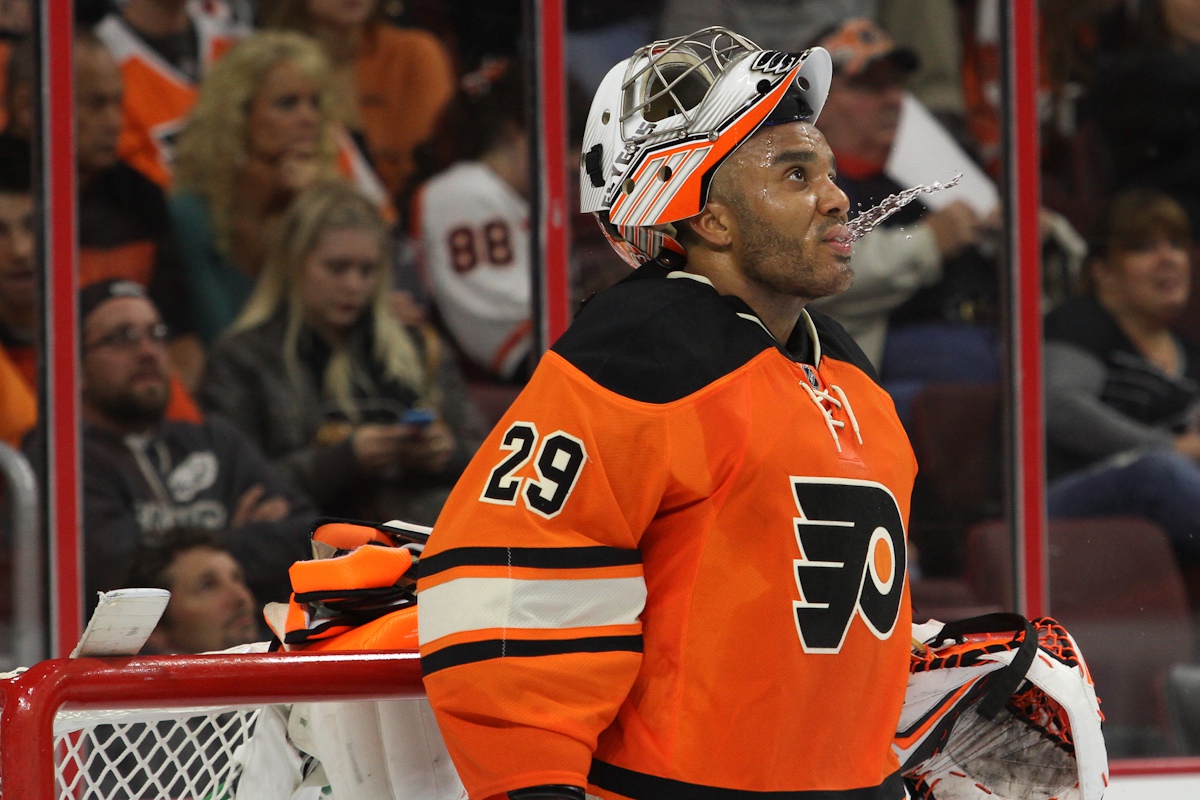 Three days ago, weeks of speculation was confirmed when Danny Briere, after five seasons in Philadelphia, was released from the roster via compliance buyout. The move provides the Flyers with much needed relief in the new tight-cap CBA. Perhaps the biggest underlying theme in the story is less about the end of an era for a fan favorite in the “Orange and Black” and more about the message it presents: Sacrifices will be made to forge a Flyers team equipped for the future.

For all of the criticisms he has faced in dealing away top players and fan favorites, Flyers General Manager Paul Holmgren deserves equal accolades for the cultivation of young talent through the gambling sacrifices of proven roster players. The results have fully integrated the acquisitions into the Flyers run-and-gun brand of high-powered offense that has been the glaring strength of the organization for the past several years.

Holmgren’s dealings, including the likes of Sean Couturier, Jakub Voracek, The Schenn Brothers and Wayne Simmonds, have solidified a foundation for 2013-14 season and beyond. The keystone of the young talent is undoubtedly Philadelphia’s captain Claude Giroux. Giroux thrived under the tutelage of veterans Jaromir Jagr and Briere, bolstering his ability to lift the organization on his shoulders becoming the centerpiece to his GM’s blueprint.

The groundwork has been laid, but the hard work is yet to come. The Philadelphia Flyers need to shed another $1.4 million dollars before the start of the season to become cap compliant while trying to update their roster in the process. The eventual signing of Mark Streit means more changes are in store. Philly still possesses a second compliance buyout to be utilized before the 2014-15 season which could very likely be used on the remaining $23 million contract of goaltender Ilya Bryzgalov who has yet prove his worth as the solution to the net minding woes facing the organization for years. Going down the vacant goaltender path provides breathing room to round out the roster yet it revisits this sore thumb issue all over again.

Steven Mason still has two years left on his deal heading into the new season. Should Bryzgalov’s services be relinquished, Philadelphia could sign or trade for a veteran goal tender to split time with Mason and the Flyers have plenty of options. But one long-speculated option won’t be available, as the Los Angeles Kings traded backup goaltender Jonathan Bernier to the Toronto Maple Leafs earlier today.

The Vancouver Canucks were in the midst of their own drama this past season with their own goaltending headaches. The Canucks were hoping to move the handcuffing contract of Roberto Luongo to a willing suitor, but nothing came to fruition after struggles in net from Cory Schneider. The book may open up again with John Tortorella taking over the reins behind the bench in Western Canada. Luongo would be an attractive option especially if some need-filling-pieces are packaged in the trade. It’s another wheeling-and-dealing situation for the front office in Philadelphia.

Undoubtedly there is a need to replace the void left by Jaromir Jagr’s departure at the beginning of the season. The veteran void grows bigger with the impending departures of Mike Knuble, Ruslan Fedotenko and Simon Gagne. Giroux and Couturier provide versatile strength as young anchors down the middle on the top two lines. Adding a Mike Ribeiro or Derek Roy would legitimize three top level lines with the versatile options the Flyers have at the wing position. Ribeiro put up 13 goals and 36 assists for the Washington Capitals this past season proving he can still bring a punch to a lineup on the downturn of his career. Ribeiro fits in with a high-speed style and doesn’t shy away from the dirty areas of the ice to rack up the points. Derek Roy finished the season in Vancouver with 28 points. Roy’s value is his intangibles and his abilities without the puck on his stick.

If a winger is what they desire the options will be wide open in the offseason. Should their previous teams let them walk, the Bruins right winger Nathan Horton and Devils right winger David Clarkson. The wingers would bring power-forward, scoring upgrades at the caveat of both men looking for raises from their new team. Michael Ryder would be safe option to add depth to the roster. Ryder has rejuvenated his scoring prowess in Dallas firing 35 goals in the  2012 season and bringing a special teams bonus to the Montreal Canadiens fitting a very similar mold Briere filled the past five seasons.

On the flipside of the ice Ryane Clowe was supposedly pursued by Philadelphia during the season to add some power and bang on the wing, but ultimately the left winger was picked up by the playoff bound New York Rangers. Clowe brings the “Broadstreet Bullies” toughness and would become more of a role player to fill out the roster after all the pertinent voids are filled.

Holmgren had defenseman Shea Weber in his grasps last offseason via offer sheet before the Nashville Predators swooped in at the last second to retain their star defenseman. Nashville will have a tough challenge this summer in part to most of their money being invested in just two players: Pekka Rinne and Weber. Weber may be available as part of a rebuilding effort after Nashville’s lackluster season. Holmgren pulling off the moves for both Streit and Weber would boost the Flyers defensive core immensely. The final piece of Andrew Ference or Ian White would balance out the defensive core as great options for puck-moving defenseman on the backend.