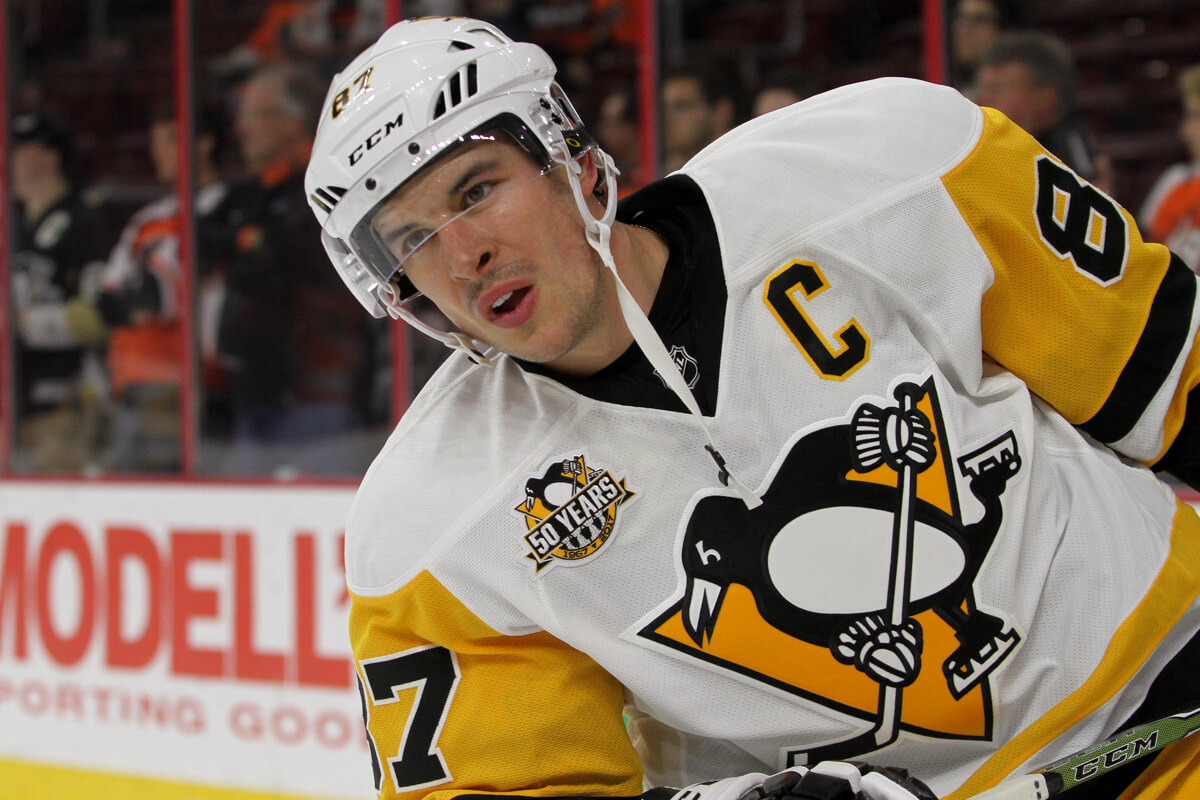 With apologies to Sidney Crosby’s line and goaltender Marc-Andre Fleury, the Pittsburgh Penguins had no business emerging from Game 1 with a win.

The statistics say the Washington Capitals outshot the Penguins, 35-21, and took more than double the shot attempts at 83-41. The Caps’ team Corsi at even strength was 72, while the Penguins’ was 32. The home team had the better of the puck possession through most of the game – by a lot.

In the end, though, the only numbers that mattered were the 3 and 2 on the scoreboard. With that slender margin of victory, the Penguins claimed Game 1 of their second-round playoff series, and home-ice advantage, from the Capitals.

After getting off to their best start of the playoffs so far with a tight-checking, evenly played opening period, the Penguins exploited their speed advantage to start the second. With quick skating and even quicker passing, the line of Crosby, Jake Guentzel and Patric Hornqvist combined for two goals in less than a minute. By 1:04 into the frame, Pittsburgh had built a 2-0 lead.

“Just our mindset going into this game,” Hornqvist said of the improved start. “I think we were all over them the first 10 minutes. Then, in the second period, we got those two goals and they give us a lot of momentum. We just have to keep playing fast.”

But the Capitals kept coming. And the Penguins, instead of continuing to use their speed, tried to sit on the lead. That’s rarely a recipe for success, and even less so against a skilled group like Washington.

“When teams are pressing to get back into games sometimes, when you’re defending leads, you’re fighting human nature to not protect and defend the lead,” Penguins head coach Mike Sullivan said. “We’ve got to continue to work at that aspect of our game, where we’re playing on our toes and trying to continue to dictate the terms out there.”

With less than two minutes remaining in the second, Alex Ovechkin answered Crosby with a goal of his own, cutting the Penguins’ lead to 2-1. The third period was all Washington and, by the time Evgeny Kuznetsov scored at 8:05, the tying goal felt inevitable.

“I haven’t had a breakaway in I don’t know how long,” Bonino said. “I just tried to get it on net and found a hole there.”

“Bones is a guy that’s a high-stakes player,” Sullivan said. “He brings his best game when the game’s the most important. We’ve got a lot of guys on our roster we can say that about, and that’s part of what we love about our group of players. They’re a battle-tested group.

“It wasn’t perfect by any stretch out there, but this is a resilient group that’s determined to find ways to win. When Washington tied the game up, they got a big boost; they grabbed a hold of momentum. So that goal was a timely one for us, and gave us the opportunity to win the game.”

All the Penguins had to do was hang on. And Fleury, like the past Stanley Cup winner he is, was up to the task. Even during a stunning sequence of stops with about three minutes remaining in the game:

Fleury withstands chaos in the crease.

“It was a one-goal game and I couldn’t see the puck for a little while,” Fleury laughed. “I had no stick. I was sliding everywhere, trying to make some stops. Just competing, try to be up to the challenge and keep the team in the game. When you can do it, it’s a good feeling.”

“Probably the same thing that was going through your [mind]; when are they going to blow a whistle?” Sullivan said. “Marc obviously made a couple big stops for us there. I think that’s what he’s done for us over the course of the playoffs; he gives us that timely save when we need it. That was an important part of the game for us.”

By the final buzzer, Fleury, with some help from his team’s 29 blocked shots – Cole led the way with eight – had stolen one for the Penguins. They’ll have to be much better, in Saturday’s Game 2 and for the rest of the series, if they hope to survive the regular season’s best team and continue their Stanley Cup defense.

“Washington’s a real good hockey team; this is two real good teams going at it,” Sullivan said. “It’s our ability to push back when we lose momentum, to make sure we maintain the right focus and the discipline to stick with the game plan, and not allow those momentum swings or surges  to hurt us that’s going to help us continue to have success.

“But we could’ve done some things a little better that would’ve helped us with the pushback. That’s something we’ll talk to our players about in between Games 1 and 2.”