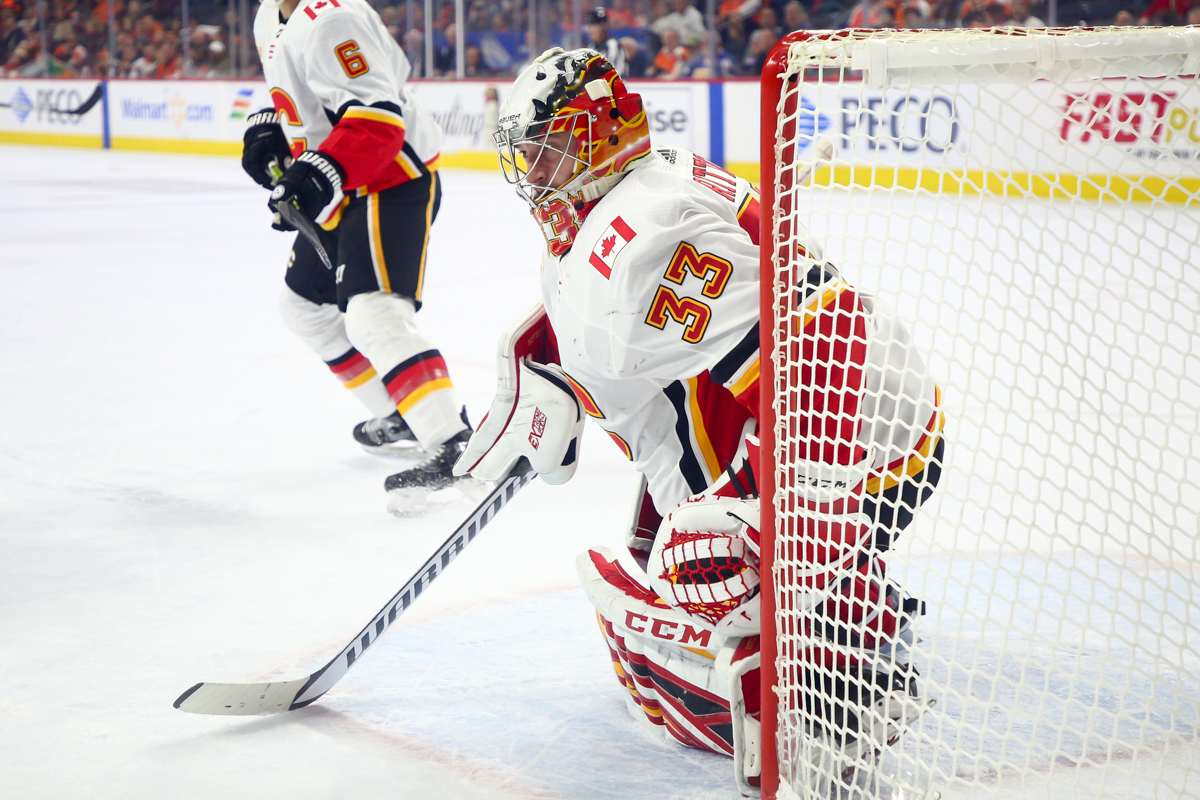 Exactly half-way through their season the Calgary Flames turned in one of their most disappointing efforts of the season. The 5-2 loss to the Vancouver Canucks cannot come as a surprise to anyone who has followed the team through their first 41 games. Inconsistency is Calgary’s team brand so far this year.

But the Flames didn’t exactly make it hard on them, led by a weak performance from goaltender David Rittich. A late second period goal from Rasmus Andersson put them in a familiar comeback position to start the third down 3-1, but the Flames came out for the third with no urgency and failed to convert on the few chances that did come their way.

The fans didn’t have much to cheer about given that most of the Flames best opportunities resulted in shots that missed the net. Coach Geoff Ward felt like those missed shots have been a consistent theme with the Flames since he took over.

“We’ve gotta create those second and third opportunities. We’ve been guilty of that on a number of occasions this year.”

It was a night when nothing seemed to be going right and the Flames failed to put up much of a fight. The Flames failed to execute on the areas in which they can simplify their game; hard on pucks in the offensive zone and good defensive positioning, to name a few of the more obvious deficiencies.

Ward felt that the Flames were simply just out-executed on Sunday night.

“We were outworked early, out-executed, and we found ourselves in a hole and started chasing. They were more prepared to start than we were.”

It was yet another night when backup goalie Cam Talbot had to come in and make the best of a bad situation. Despite the poor play in front of him he held the Canucks to a single goal on 20 shots, a significantly better save percentage than his predecessor David Rittich, who allowed 3 goals on only 7 shots.

That most disappointing takeaway from Sunday night may be that the Flames failed to pick up their goaltenders who have been superb for them all year. On a night when David Rittich struggled and could have used some run support and some defensive coverage, the team in front of him fell drastically short. Things failed to improve when Talbot replaced him.

After starting his Flames tenure a perfect 7-0, new head coach Geoff Ward now boasts a 9-5 record after losing five of the last seven. It’s a familiar trajectory for the Flames. Strong games followed by weak ones. After beating Dallas 5-1 before the Christmas break they followed that performance with a 3-0 shutout loss to Minnesota.

Despite the ups and downs, the Flames find themselves in a competitive spot in the pacific division. Their play against divisional opponents in the second half of the season will be an important factor in their readiness come playoff time.

Crucial to the Flames’ success will be their ability to prove themselves as a night-in and night-out team. A group that will show up ready to compete every single night regardless of the opponent or the way the puck is bouncing that game. The challenge for Ward will be to motivate the Flames to the task for a full 60 minutes for the remaining 41 games.