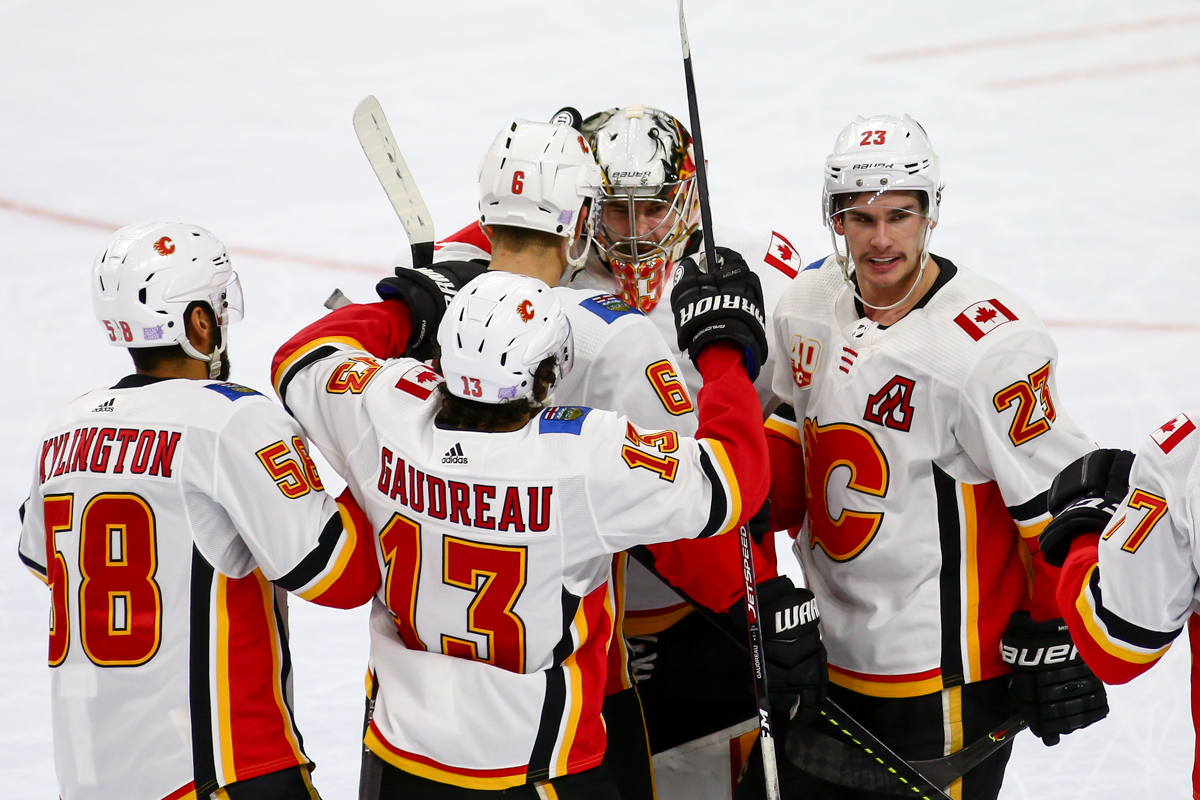 The Pacific division is in complete chaos at the moment, with the top four teams in the division stumbling their respective ways through it. The Edmonton Oilers are missing three of their top five scorers. The Golden Knights are 5-5 over their last ten games, and the Vancouver Canucks are holding their own––barely––at the top of the division. Amidst the confusion, enter the Calgary Flames, who returned home on Saturday night after a four-game road trip with three wins against divisional opponents, boasting a +12 goal differential over that four-game stretch.

A successful road trip always sets up for a trap game upon returning home, and the Flames fell hard into that trap Saturday night against the visiting Chicago Blackhawks. The Flames played a flat, disappointing brand of hockey through all three periods. Facing a Blackhawks team who were winless in their last 5 games, the resulting 8-4 loss left a very bitter taste.

Matthew Tkachuk was disappointed with the result, shouldering some of the blame for the Flames poor showing.

“We need to make this a tough place to come for road teams. We weren’t good defensively, and I feel bad for our goalies. It starts with me. I have to be better.” – M.T.

That was as close as the Flames would get for the rest of the night, allowing 4 goals on 7 shots in the second period. Coach Geoff Ward was frustrated with the effort:

“If you’re not playing at the same intensity level as the other team, it’s going to be a long night. We need to start there. Our battle level, our work level, there’s your buy in right there. We have to bear down and make something happen.”

Commitment to team defence is needed in Calgary now more than ever. The Blackhawks––a middle of the pack team unlikely to make the playoffs––exposed them through the neutral zone a dozen times. Flames coach Geoff Ward commented after the game that competition brings out the best or the worst in teams and Saturday night’s contest brought out the Flames worst. That lack of competition started in the neutral zone and culminated in blown coverages in the defensive zone, most notably in the slot, where the Hawks tallied five of their eight goals.

Elias Lindholm and Sam Bennett echoed similar sentiments after the game, calling for a better attention to details in their approach. It’s a difficult ask to tighten up on the details, however, when there are glaring holes in every zone. More than tightening up on details, the Flames need to restructure their transition and defensive zone positioning.

In years past, this approach has worked for the Flames. Led by captain Mark Giordano and T.J. Brodie, the Flames reliance on their back end to contribute to the rush has yielded positive offensive results. But with Giordano and homebody Travis Hamonic out with injury, the Flames need to adjust their style of play. Never was it more obvious than on Saturday night when they were repeatedly exposed through the neutral zone, leading to a dozen odd-man rushes the other way.

The Flames are playing with the same strategy that earned them first place in the western conference last season and never has it been more evident that their old style of play is in need of a drastic remodelling. On the nights that it works, it works exceptionally well, but as the Flames up-and-down season has proved, their approach is woefully inconsistent.