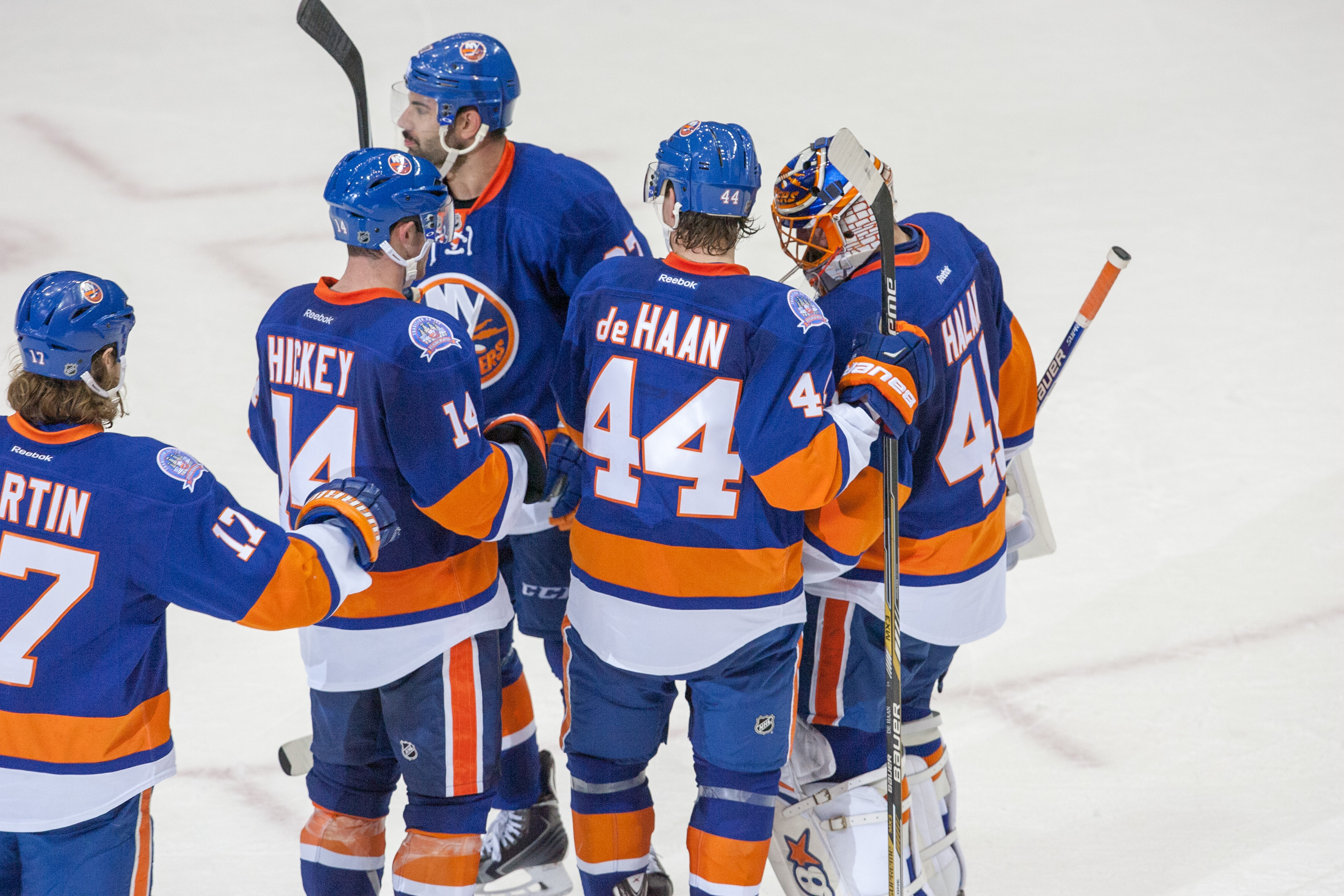 The New York Islanders are set to open the 2015-16 season on Friday when they host the defending Stanley Cup champion Chicago Blackhawks. This will be an historic season for the franchise. For the first time since the Islanders entered the NHL in 1972, they will not be calling the Nassau Veterans Memorial Coliseum home. A new era begins for the team at the Barclay’s Center in Brooklyn, a modern building with all the modern amenities.

While changes are taking place off the ice, the Islanders roster is essentially the same as the team that finished with 101 points last season and reached the playoffs for the second time in three seasons.

Here is a look at the five biggest keys to the Islanders success for 2015-16.

5. Figure Out the Fate of Kyle Okposo

Alternate captain Kyle Okposo is in the final year of his current contract. Okposo is a key contributor to the Islanders success. Last season, he scored 18 goals and 51 points in 60 games despite missing substantial time with a detached retina suffered midway through the season. Okposo plays on the top line, adds size and some physicality, and earns major minutes on the power play. He is also a respected voice in the locker room and has been with the franchise since the 2007-08 season.

Okposo’s current cap hit is $2.8 million according to generalfanager.com. He will almost certainly receive a substantial raise next season whether it’s with the Islanders or another franchise.

Ideally, the Islanders would like to keep Okposo, but only if the cost is prohibitive. Either way, the team cannot allow Okposo’s contract situation to become a distraction. They need Kyle at his best this season. If he cannot be signed, the Islanders need to trade him and get as much as they can in return. This would be disappointing, but better than letting him get away for nothing. Garth Snow needs to keep this situation under control and find the best solution for the Islanders in both the short and long term. It may be a delicate balancing act, but that’s why GMs get the big bucks.

4. Get Consistent Play From the Defensemen 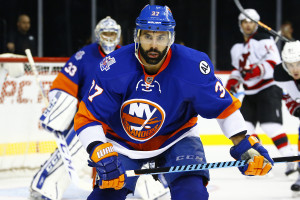 The Islanders played the final games of last year’s playoff series against the Capitals without three of their top six defensemen. They still managed to force a seventh game and probably would have won the series if they weren’t felled by injuries. This year, the Isles need their depth defensemen to play consistently if they hope to improve their goals against average and their overall record.

The Islanders did not re-sign Lubomir Visnovsky and traded away former first-round pick Griffin Reinhart. However, they signed veteran blueliner Marek Zidlicky and have rookie Ryan Pulock available as well.

The other four defensemen (Johnny Boychuk, Nick Leddy, Travis Hamonic and Calvin de Haan) are returning players who will be relied on to provide the team with consistent defensive play. There is talent on this defense, but the depth will be tested early and the Isles will need strong defensive play, especially from their third pairing, to get off to another fast start this season.

3. The Young Forwards Must Continue to Develop 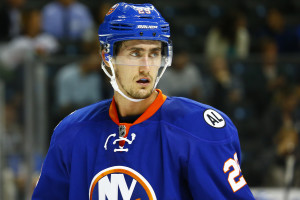 The Islanders got significant contributions from the trio of Ryan Strome, Anders Lee and Brock Nelson last season. Nelson and Lee both topped 20 goals while Strome tied for second on the team with 33 assists.

Like many younger players, the trio had their slumps including a dry spell during the playoff loss to Washington.

The Isles didn’t make major additions to their forward corps during the offseason, but his won’t be a problem if the three young forwards continue to raise their games and live up to their vast potential.

If Lee, Nelson and Strome stumble, the Isles offense will struggle to score goals and additions may be needed to bolster the lineup during the season. If the three young forwards play well, the lack of major signings over the summer will be quickly forgotten.

In the playoffs, the Islanders PK limited the Caps to just two goals but the power play failed to score at all which was a big reason the Isles didn’t win the series.

There are plenty of good penalty killers on this roster both up front and on defense. Frans Nielsen and Cal Clutterbuck are experienced and savvy penalty killers who have been part of successful units in the past. Hamonic, Boychuk and Leddy will lead the PK on defense.

The power play also has enough talented players to be a productive unit with Tavares leading the way once again.

If the penalty kill can get to even the middle of the pack and the power play can stay sharp, the Islanders should see an improvement in their overall record. If the penalty kill falters, the Isles will again struggle if they reach the playoffs, when special teams become even more important.

1. A Healthy Season From Jaroslav Halak

Starting goalie Jaroslav Halak played in 59 games for the Islanders last season, a new career high for the 30-year-old Slovak. Halak was a major reason the Islanders improved by 22 points over the previous season as he was able to bail out the team after key turnovers in clutch situations. He also played well enough in the playoffs for his team to win the series.

The Islanders signed veteran Thomas Greiss to replace  Michal Neuvirth and play behind Halak. Greiss is an established backup who has never played more than 25 games in an NHL season. While the 29-year-old native of Germany is a good backup at a reasonable price ($1.5 million cap hit), if he has to start more than 30 games, the Isles may be in trouble.

Unfortunately, Halak suffered an upper-body injury and was limited to 40 minutes of action in the preseason. His status for the season-opener is still uncertain. As insurance, the Isles claimed goalie J-F Berube off waivers from the Kings.

The Isles can get by without Halak for a week or two, but any significant absence by the team’s starting goalie would be the biggest hit the team could take with the exception of an injury to captain John Tavares. A healthy and productive Halak is a huge key to the Islanders success this season.

The Islanders continue to develop and improve and get home-ice advantage in the playoffs this year. If most of these keys are met, a long playoff run is possible.