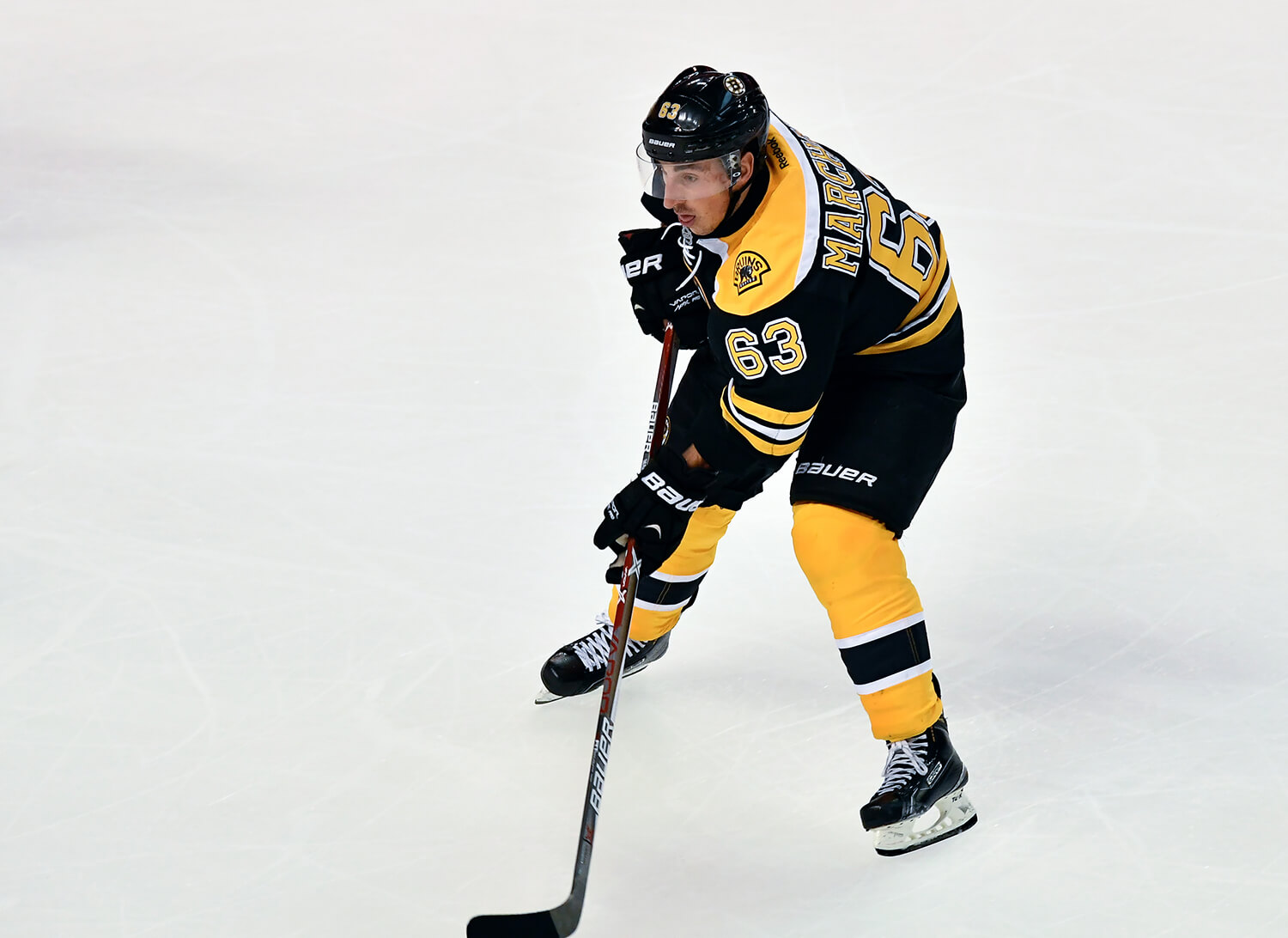 First Line Chemistry Where it Left Off for Bruins

Ten of the Bruins 11 goals scored by forwards this season have come from players on the lane Brad Marchand played on. That’s four from David Pastrnak, tied for the league lead, two from David Backes, three from Marchand himself, and a single tally from Patrice Bergeron.

That one goal was one of the most important from the Bruins all season, however, as Bergeron found the back of the net with just over a minute remaining in the Bruins home opening victory over the New Jersey Devils, 2-1.

“I was feeling good,” said Bergeron after his first game of the season. “It would have been nice to ride the wave of the World Cup, but that being said I thought in the first I was trying to be good position ally and kind of get myself going with the first few shifts, and just kind of go from there. Overall I thought that happened.”

Backes showed instant chemistry with Marchand and Pastrnak in the first game, but was bumped to the second line with David Krejci and Danton Heinen in the team’s fourth game of the season. Bergeron was recovering from a lower body injury in the team’s three game road trip, and made his return in time to debut his season at the TD Garden.

The top line continued its stellar play with Bergeron centering it, with Pastrnak continuing to play tenacious with the puck and win battles, while Marchand had one of the better snipes from any goal scorer this season. All three linemates contributed to the game winner, with Pastrnak winning a battle and finding Marchand, who dished it to an open Bergeron in the slot.

“We do have a lot of chemistry; every time I come around the net, I know he’s [Bergeron] going to be hovering in that area,” said Marchand. “So it’s good to get back to playing together and get closer to having our full lineup.”

Until the third period, Devils goalie Cory Schneider was flawless. Marchand and Bergeron were the only stains on his scoreline.

“I kind of feel like I’m in midseason form when, most seasons, it takes 10 to 12 games to feel that way,” Marchand said.

The second line didn’t suffer from the shuffle either, with Backes involved in several key chances and adding a physical element. Heinen also had space to attempt tipping shots in, while Krejci had his strongest game since the start of the season.

All four lines contributed in what was an overall solid effort from the Bruins offense, and that top line picked up right where it left off before Bergeron’s injury.

“You want to start on a good note, and especially at home, we talked about our home record the last few years,” said Bergeron. “We want to do the job especially here early in the first game. It’s one step but we’re happy with it.”