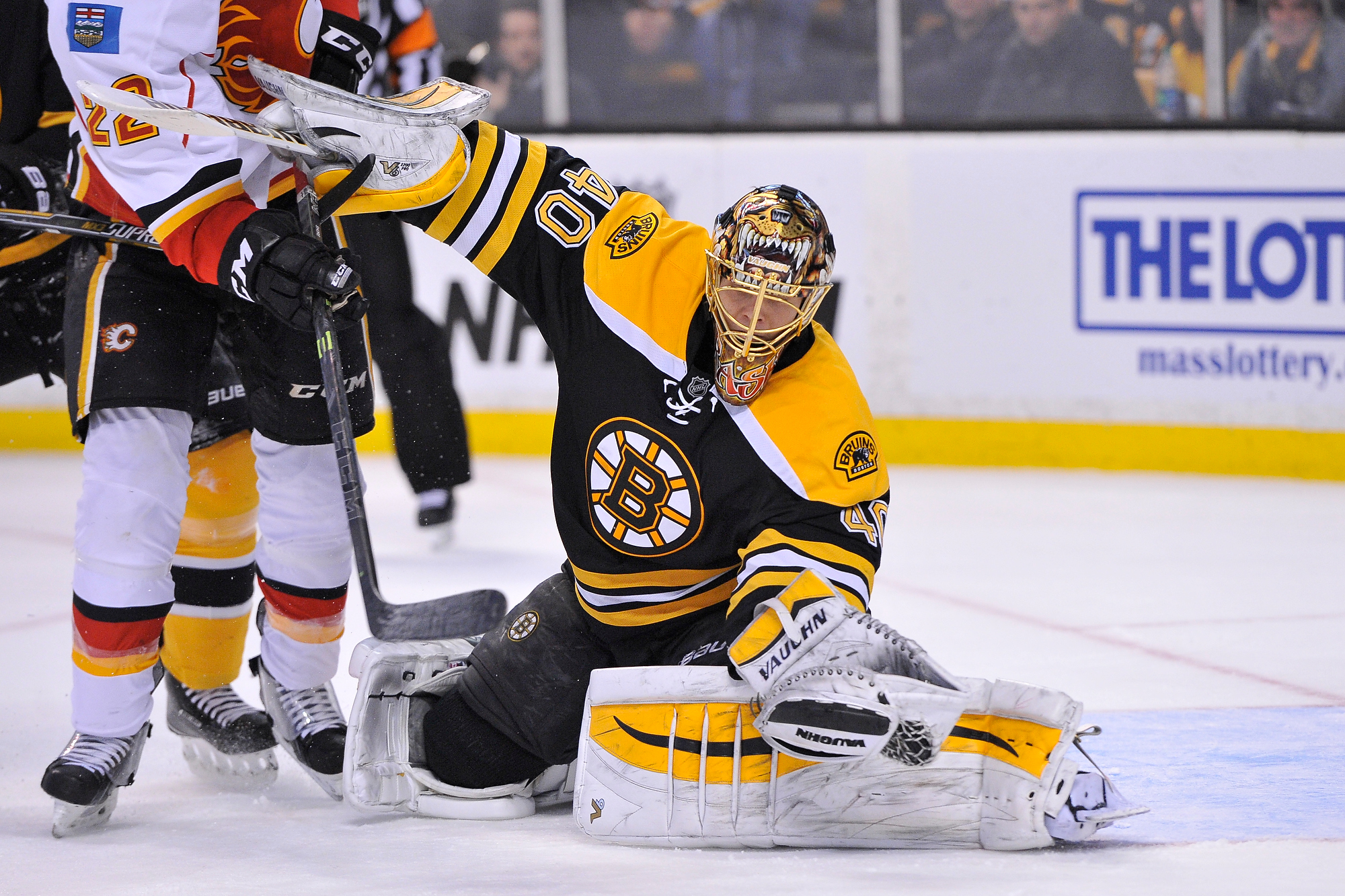 Before free agency began, the Boston Bruins were extremely close to blowing up the entire operation. As it turned out, this particular situation only needed some bandages, not stitches.

One month ago, the B’s needed answers to ongoing problems that existed up and down the organization. With key players being re-signed, landing a big free agent, and giving the coaching staff one last crack as presently constructed, the Bruins were back in business and ready to pursue the Atlantic Division crown next season.

As we all know, every game-day roster must consist of 20 skaters who are dressed to play. The Bruins still do not know who that 20th player will be…also known as the backup goaltender. One of the more underrated positions in the entire sport, a backup netminder should not be rendered to opening the bench door after every shift. A quality number two should get a chance to start 15-20 games per season, depending on the circumstances surrounding an invidiual team.

The Bruins must feel that the answer to who will be the backup for Tuukka Rask heading into the 2015-16 season can be solved internally.

Last year, Rask made 70 appearances and racked up 4,063 minutes of ice time (both ranked him third in the league). Although he recorded 34 wins, he only posted a 2.30 goals against average, which landed him right in the middle of the pack. Obviously, an elite goaltender who makes $7.5 million per season should be carrying the load, but there were numerous occasions last season where he was forced into action because of the coaching staff’s lack of confidence in the backup goaltender position.

When the Black and Gold traded Milan Lucic to the Los Angeles Kings, they received goaltender Martin Jones in a return package. Upon that news, the collective mindset was as follows: “Okay, awesome. They brought in a veteran netminder who is capable of easing the pressure for Tuukka.”

That was certainly short lived as he was traded to the San Jose Sharks hours later. So going back to the original point, the B’s must be thinking that this problem can be handled in-house.

Jeremy Smith would be the logical solution, since he’s the oldest (26), the most experienced (going into his seventh pro season), is coming off a great year in Providence, and his cap hit is only $600,000. He outplayed his P-Bruins teammate Malcolm Subban with a .933 save percentage and 2.05 goals-against average, and is at the point in his career where he deserves a legitimate NHL shot.

Of course, someone could play devil’s advocate and question why Smith has not received a chance in the NHL at his age? Well, if you look at the organizational depth that Boston had at the goaltender position over the years, who was he going to supersede? Based on precedent, you would like to think that Smith is the front-runner to winning the job.

With that being said, all jobs are won (and rightfully so) during training camp.

Zane McIntyre is big, talented, and coming off some truly great collegiate seasons at North Dakota. He could be a real surprise in training camp after leaving school one year early to sign with the Bruins. McIntyre has the kind of demeanor, confidence, and accomplished hockey background that could allow him to really take off in a tandem with Rask, in a way Niklas Svedberg was never able to last season. That, however, seems unlikely for the organization to take such a huge risk on a young kid the way that this situation would present itself.

Subban definitely isn’t ready, based on that lone NHL start against the St. Louis Blues where he allowed three goals on three shots. He needs more AHL seasoning before he would be considered ready for regular NHL duty this season. Considering that he is a former first-round pick, one would assume that this is the year that he can elevate his game and make that leap.

Since Boston only plays 11 back-to-back sets during the 2015-16 season as opposed to last year’s 16, that already alleviates some of the pressure that was placed on Rask. Putting that fact to the side, Rask would still like to feel like he can trust who is playing behind him on a night that he is relieved of his duties.

The competition to be number two has taken an interesting turn ever since the summer began. Let’s be honest, no one in their right mind would consider settling for second place. Looking at it from a far, the backup goaltender position for this Bruins team could be a vital piece of the puzzle going forward.