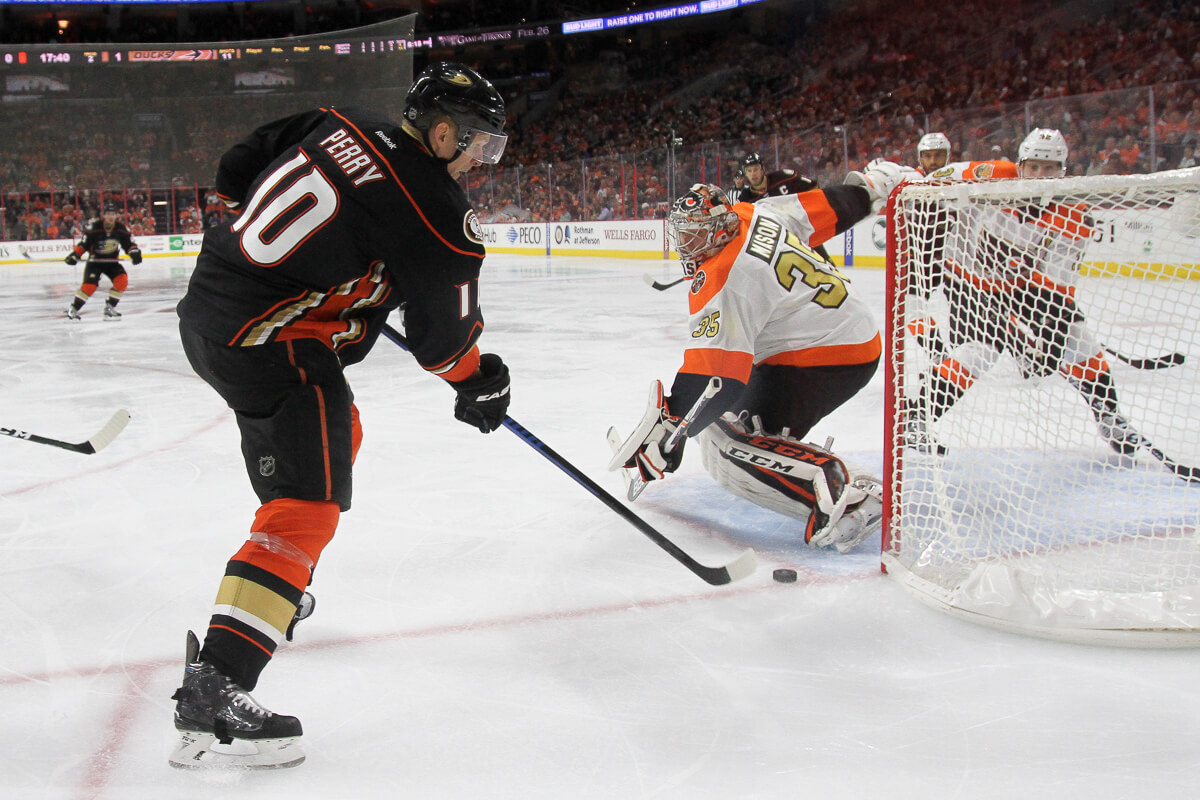 On the heels of a 6-2 loss to the Dallas Stars, the Anaheim Ducks head into Boston looking to turn things around in the second game of a six game road trip and a stretch of eight road games over nine contests overall.

The Stars scored five goals in the third period against the Ducks on Tuesday night, but head coach Randy Carlisle can find some positives out of the first two frames.

“If you revisit our game that we lost in Dallas, I thought that we had two real solid periods,” Carlisle said. “We’d only given up 11 shots after two, we were executing transferring the puck out of our own defensive zone and through the neutral ice and created some offensive zone time. Did a lot of good things, we had a bunch of two on ones, a bunch of scoring chances off our power play, but we just didn’t finish.”

Anaheim, who sits in second place in the Pacific Division, just two points behind San Jose, is still 5-2-1 in its last eight contests, and despite the flaws in the loss to Dallas, has been doing a lot right, and the mistakes can be a learning experience.

“How does it get away from us after a dominating couple of periods,” said Carlisle. “Those are the concerns and that to me is about executing and being mentally strong and staying focused on what we can control. We didn’t do a good enough job of that.”

Corey Perry was able to score one of the two Ducks goals on Tuesday night, and the right winger has been hot with points in his last six contests despite a cold spell through November.

“Perry doesn’t change a whole lot, it’s not like his mentality is much different,” said Perry’s linemate, Ryan Getzlaf. “He shoots the puck all the time.”

Now 5-6-4 on the road, the Ducks have been dominant at the Honda Center with a 10-4-1 record. The road woes haven’t been detrimental, but a trip like this will challenge the team.

“It’s a hockey game, there’s always pressure,” said Carlisle of playing on the road. “Pressure to win just because its a road trip, everyone has a certain number of games on the road, you play half at home and half on the road. Our road record is one game over .500 now, or close to .500, and we think we have a team capable of going into any building and having success if we play our game.”

For the team, it’s worrying about things they can control, whether on home ice or away.

“It’s just getting in and out of our zone properly,” said Getzlaf, echoing the sentiments of his coach. “When you have the puck, especially playing against skating teams, is going to help us.”

Whatever positives the Ducks have, like their recent record or Perry’s play, there’s still a lot to address from the Dallas loss if they want to come out of this road trip with top positioning in the Pacific, and Carlisle knows there are ways to improve.

“I think there’s some trends we’d like to get away from. For us, it’s about our ability to outwork the opposition.”