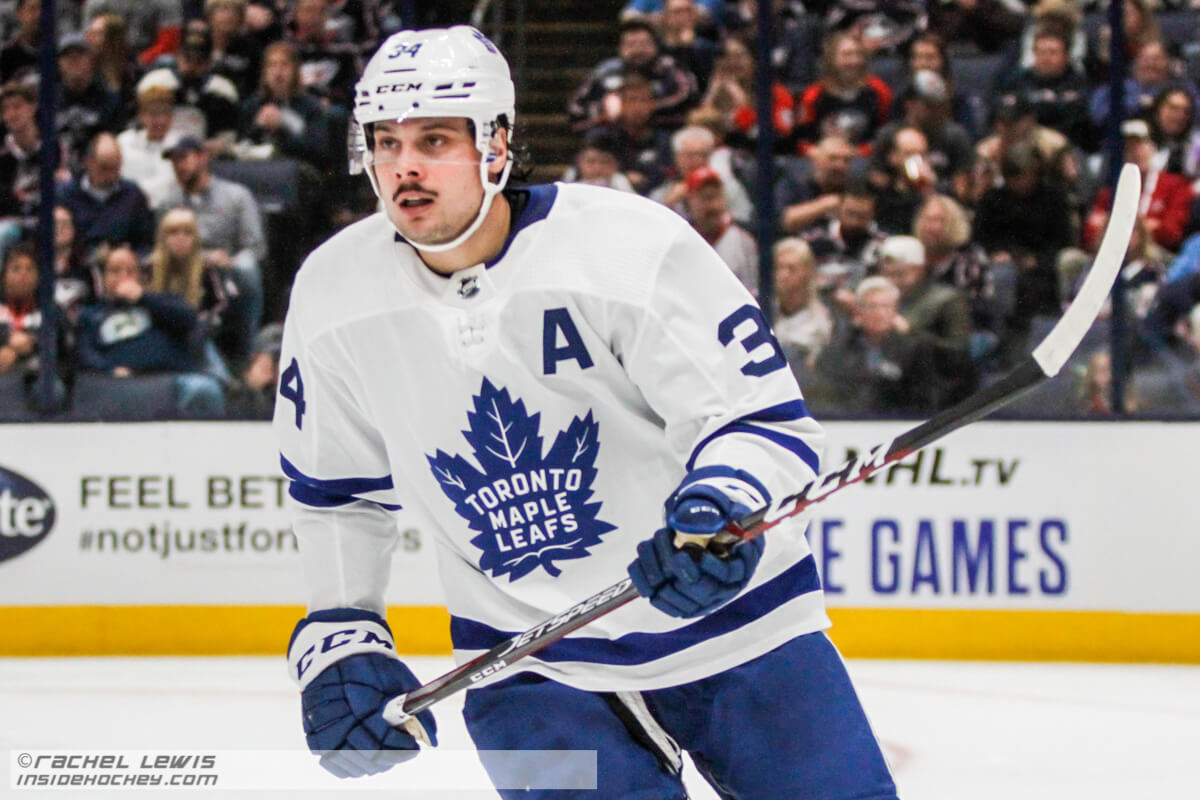 The Anaheim Ducks started  well against the Toronto Maple Leafs at home  in a Sunday 5pm start. The  measure of their early success was that period one ended 0-0 with the shots in favor of the Ducks, 14-10. They were on their way to a 40-31 margin, including 20 shots in the third period.

But the scoring didn’t go their way. The Leafs put in two goals in period two and one more in the third before the Ducks broke the shutout. Making the game 3-1 actually made it seem like the Ducks could climb back in, but an early goalie pull and an open-net marker killed that.

And even after that, the Ducks still did what they’d been doing: letting Toronto by to the net. The fifth goal, unremarkable and unneeded and scored at 17:08 of the third, to be sure, makes this point: Wayne Simmonds was battling at the boards in the mid-zone area on the left side. He left the  puck to Pierre Engvall, and darted to the net. The puck followed him courtesy of Engvall, and Simmonds slammed it in. The  move was quick and powerful, and illustrative of the rule that you just  can’t ever stop playing, with the Ducks had done, not systemically, but in that instant.

That doesn’t mean the game was not entertaining. Backing up to pick up some highlights, here’s period one: Before six  minutes were gone, the  Ducks were up in shots, 7-2.  Zegras had made himself visible with a juke around a guy down the slot and a backhand. His hustle was evident even in a later, failed play, where he fell  trying to scramble through  the neutral zone after a puck. He later went in with Rakell trailing, taking the shot himself. I know people have been hounding the Ducks to shoot, not pass, but in this case, a backwards flip might have done the job, had Zegras continued to drive the zone.

In  any case, Campbell made a leg save, one of several he flashed over the course of the night.

Even when Zegras’s line was off, it was on. He and Rakell got mixed up at the  blueline in the last 30 seconds of period one; Milano came in and grabbed the puck and got a shot off down the middle.

Despite those good looks, the only Anaheim goal, in the end, was by Hampus Lindholm, scored with him on the edge of the crease. The assist came from—who else?—Getzlaf. This happened in period three.

The second frame saw the Leafs start to assert themselves after an initial Ducks push that featured, amongst other plays, a Shattenkirk surprise wrister that Campbell had to jump over and save with his chest.

But after that, the Leafs scored on a rebound of a shot that went off Gibson’s shoulder and came back to the point for a wrister. In front, Matthews was waiting with a redirection up and over Gibson’s shoulder.

Then they got another, about three minutes later. Marner rushed into the Ducks’ zone. He waited, and saw Bunting, who had rushed up to join him. There was an open side of the net left for Bunting to put the puck in, and he did that with four Ducks converging. Marner out-patienced them, waiting to make the pass until the crowd had cleared. The score was now 2-0, and the shots had gotten knotted at 18 apiece.

The Ducks by this point were either overwhelmed or tired. Example: Matthews stole a puck at the Anaheim blueline, and he went along into the zone, with four orange sweaters chasing him. He deked and shot high left and wide.

The third period was punctuated by one symbolic set of actions: the Leafs iced the puck twice in a row, with a long gap between, and their defenders were exhausted, but the Ducks still could not capitalize. The one chance they got after this saw Josh Manson take a slapper from inside the blueline and Campbell, with no idea where it was, get it off the shaft of his goal stick. So bad luck or no breaks were added to poor play to yield the result that ended up being posted: 5-1, Toronto’s favor.

For the Maple Leafs, this was the seventh road win in a row, to tie an existing franchise record.

Anaheim’s coach, Dallas Eakins, had this to say afterwards: “Other than the second period where we didn’t execute, didn’t come out of our zone, they were able to out-change us. That isn’t momentum or buzzsaw. That’s people with low heartrates working against people with high heartrates. Other than the first few shifts of the second period, I didn’t feel buzzsaw. I felt we missed a couple of details, and that is unfortunately the necessary pain of taking your lumps and learning as we go through this rebuild process.”

Sheldon Keefe of Toronto had pretty much the same perspective, albeit seen through the eyes of the winners: “I thought we regrouped after the first period. I thought Anaheim was definitely the better team in that first period, and we were able to regroup and find our game in the second. Anaheim really made it hard in the first period for us to get through the neutral zone, harder to sustain that in a second period setting. That allowed us to really get our legs going. So that was a good period for us, obviously we got a lead again. Jack Campbell was great all the way throughout, certainly a lot more volume than we would’ve liked, but I think we defended pretty well tonight, and kept things to the perimeter and limited rebound opportunities and such. So, it was just a good team effort all the way through.”

Anaheim will try  to regroup before taking on the Kings on Tuesday in LA. Toronto goes home for Colorado on Wednesday.

The game started out with a gift tribute to Ryan Getzlaf to celebrate his 1000thNHL point. He was given a Tiffany crystal with the details embossed on it and promised a gold stick, which is currently being crafted. His family was there to celebrate with him.

The Campbell-versus-Gibson goaltending matchup could well be a foretaste of the US Olympic team’s goaltending duo, if the Olympics end up with NHL players participating.

Brian Kennedy is a  member of the Professional Hockey Writers Association