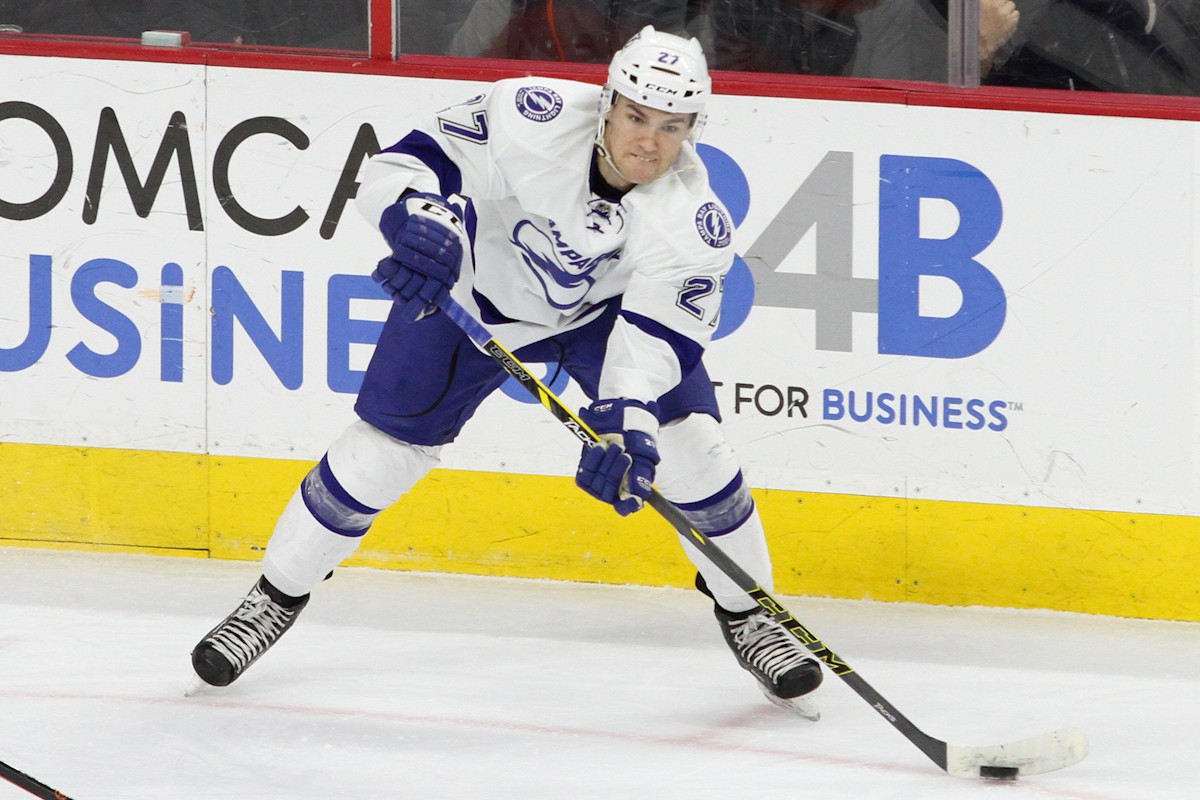 Drouin, Lightning Down Devils in Newark

It was another pride-on-the-line game for the Devils Thursday night in Newark versus the Lightning. And for the second time in as many games, pride faltered as the Devils were downed 4-2.

Thursday’s loss was New Jersey’s fourth-straight and sixth in their last seven games (1-5-1). Starter Keith Kinkaid surrendered three goals on 21 shots. Meanwhile, for Tampa the much-maligned Jonathan Drouin played his first NHL game since Dec. 30 versus the Rangers. The former first round pick in 2013 scored the game-winning goal at 3:50 of the third period.

Drouin  became the subject of much trade speculation when after being assigned to Syracuse, Tampa’s AHL affiliate, in January. Days following the assignment, Drouin’s agent, Allan Walsh issued a statement in which he confirmed his desire to be traded and stated that Tampa had become an “untenable situation.” After failing to report to Syracuse on Jan. 20, the Lightning suspended him indefinitely without pay. He returned to the minor leagues last month.

While Lightning GM, Steve Yzerman explored trade options up until the Feb. 29 deadline, he was unable to complete a deal. Drouin was recalled Thursday following injuries to forwards Steven Stamkos (1-3 months with blood clot) and Ryan Callahan (day-to-day with lower-body injury).

The Devils opened the first period with the game’s first three shots on goal in 1:11, but gave up the next 10, including one from Erik Condra at 5:45 of the period to put the Lightning ahead 1-0.

Sergei Kalinin, who hadn’t scored since Feb. 23 versus the Rangers scored both Devils’ goals Thursday. His first came at 7:16 of the second period to even the score at one.

Despite some pressure from the Devils, the Lightning would answer at 14:45 as Cedric Paquette cashed in on a rebound in front of the net to make it a 2-1 game.

With all eyes, and perhaps most importantly Yzerman’s, on him, Drouin tallied at 3:50 of the third period to put Tampa up by a pair.

Kalinin would answer back for New Jersey with his second of the game at 9:29, but it was not enough for the Devils.

Valtteri Filppula’s tally at 19:13 of the third on the empty-net iced the game, as Tampa skated off to a 4-2 victory.

The win clinches second place in the Atlantic division for the Lightning, who will host either Boston or Detroit in the first round Eastern Conference quarterfinals. Netminder Ben Bishop picked up his 34th win of the season, stopping 20 of 22 shots faced. He’ll likely sit out the final game of the season on Saturday at Montreal as he rests of the start of the post-season.

New Jersey will play their final game of the regular season on Saturday when they host Lou Lamoriello and the Toronto Maple Leafs. It’ll be another meaningless game for the Devils, but could have some major implications for the Leafs in terms of the NHL draft lottery. Both Toronto and Edmonton have 69 games with one game remaining, a Leafs victory coupled with Oilers loss would mean Edmonton would clinch 30th overall and the best odds at winning the NHL Draft lottery and first overall, the results of which will be announced on April 30.

Cory Schneider will start the finale for the Devils, who will look to finish on a winning note and avoid dropping their 37th loss of the season, which would return them to NHL .500.

The game could also be the last in the 19-year career of Patrik Elias. The soon-to-be 40 year old doesn’t have a contract for next season and was limited to just 15 games this season after undergoing arthroscopic knee surgery.