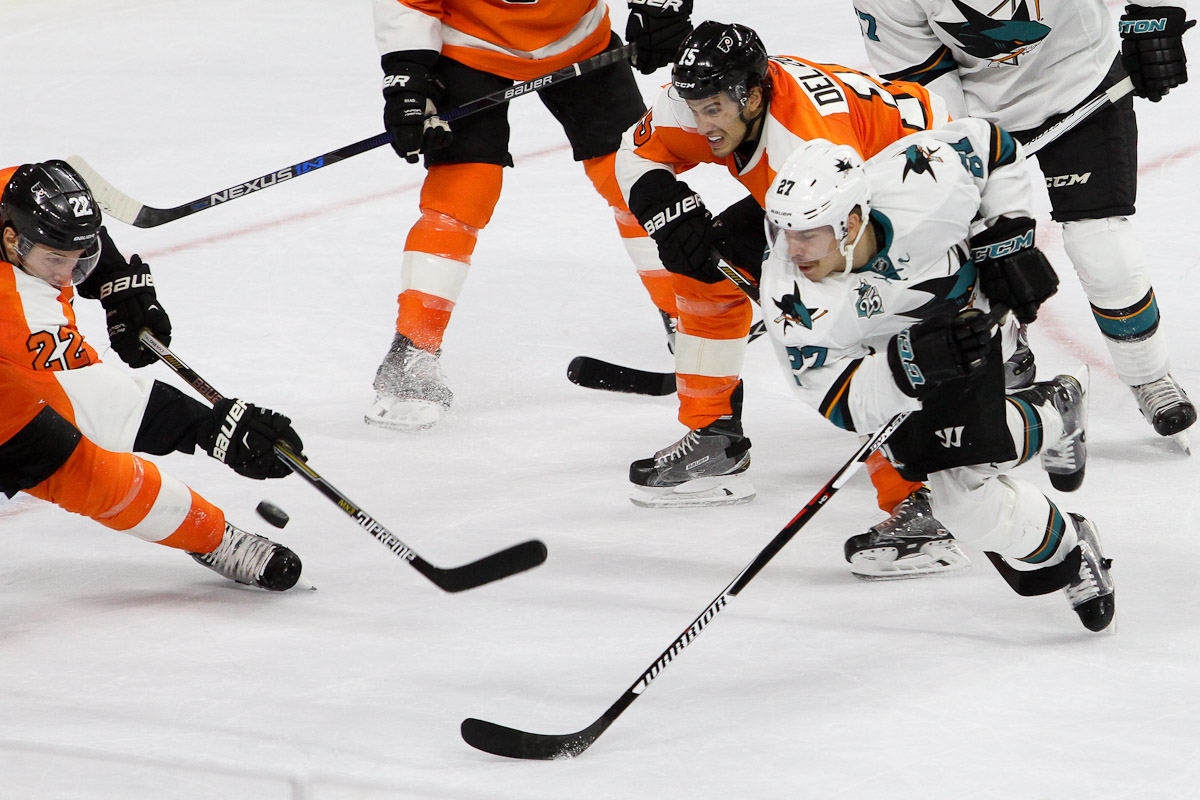 The San Jose Sharks can benefit from a talented young man who arrived as a rookie last season.

Joonas Donskoi is a skilled, two-way forward whose game is based on making plays and making the players around him better. The 24-year-old has five points (two goals, three assists) in12 games.

Donskoi is a right winger, which is a good fit for him. The Sharks’ second line consists of  center Logan Couture as well as left winger Melker Karlsson. In their last 12 games, Couture has posted six points (two goals, four assists) while Karlsson is picking up the pace with three points (two goals, one assist). The current Donskoi-Couture-Karlsson line can work wonders.

Joe Pavelski, Joe Thornton and Joel Ward have played just under eight minutes together at even strength since the beginning of last year, according to Corsica Hockey. Head coach Peter DeBoer switched up his lines in the Sharks’ morning skate on Sunday. Ward skated on the top line.

“I think the good things we’re doing aren’t resulting in wins right now,” DeBoer addressed the media. “But I think it’s a fine line. For us, it’s about resetting and trusting that the goals are going to come and that we can’t start opening up or cheating or getting away from our foundation in order to try and force a goal because that always backfires.”

Donskoi could improve his finishing skills, but is nonetheless a potential sidekick that can help his team get back on their feet again. After all, the previous line of Donskoi, Couture and Mikkel Boedker was the Sharks’ best. It’s just the fact that DeBoer overused that particular line.

Donskoi had an excellent rookie season in San Jose last year. He scored 36 points (11 goals, 25 assists) in 76 games with the NHL. He continues to prove himself with the Sharks.

Let’s rewind a bit to April when Donskoi scored a pair of goals that were his first two of the 2015-16 postseason. Donskoi’s astonishing game-winner caught the attention of many people, including Couture.

“The guy’s an unbelievable player,” Couture said after the 6-3 win on April 23rd.

Couture added that if the Sharks didn’t play on the West Coast, “a lot more people would know who he is and what he does on the ice. He made that World Cup team for a reason. He’s been unbelievable all year.”

“For a guy that wasn’t in the NHL last year, to come and play the way he has this year, it’s been fun to play with him.”

Donskoi introduced himself with his clever moves and marvelous skating, but has also shown possession ability, which is equally important.

Keep an eye out on this Finnish player.