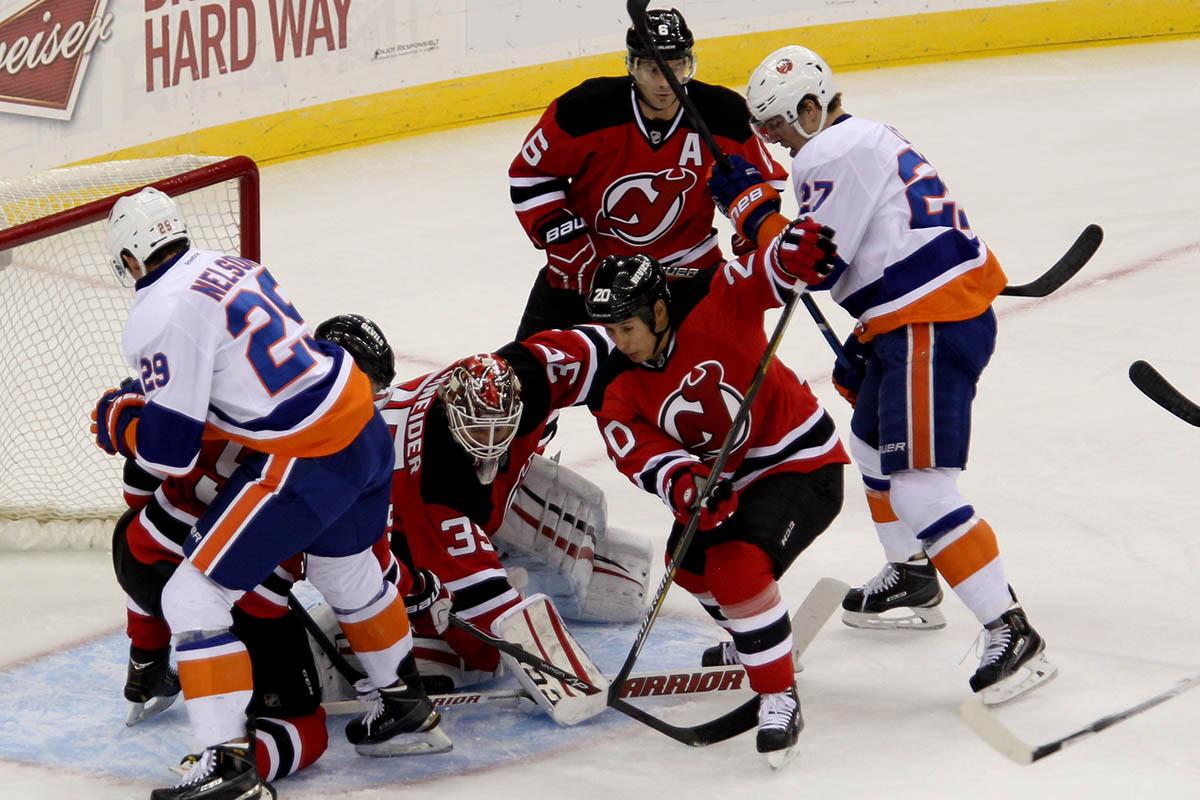 The Devils did not plan on getting mixed up with the free agency frenzy this summer.  Instead, their focus has been on re-signing defenseman Andy Greene (to a 4-year contract) and backup goaltender Johan Hedberg (undisclosed terms).  They are also working with Zach Parise (who is a RFA) on his new contract.

Greene has picked up the pace these last two seasons and has become a fan favorite earning him the Twitter hashtag: #andygreeneequalswins.  He will be entering his sixth season as a New Jersey Devil.  His agent commented as Greene became a UFA today that his client’s interest was only in re-signing with the Devils.  He was rumored to have received calls from four other teams.

Hedberg will be entering his second season with the New Jersey Devils.  He signed as a free agent with the Devils last summer.

Greene, 28, finished first in scoring among the team’s defensemen during each of the past two seasons, including four goals and 19 assists for 23 points and 22 penalty minutes while appearing in all 82 games last year. In 2009-10, he recorded career highs with six goals, 31 assists, and 37 points. Greene’s career totals show 15 goals and 70 assists for 85 points and 86 penalty minutes in 291 career regular-season NHL games. Born October 30, 1982, he has added three goals and three assists for six points in 21 career playoff contests. He made his pro debut with Lowell (AHL) in 2006-07 and represented PlanetUSA at the league’s All-Star Game. Greene originally signed with New Jersey as a free agent on April 4, 2006. The native of Trenton, MI represented the United States at the 2010 World Championships. He spent four seasons at Miami University of Ohio (CCHA), where his collegiate career included three CCHA First All-Star Teams, two CCHA All-Tournament Teams, and the 2003 CCHA All-Rookie Team.