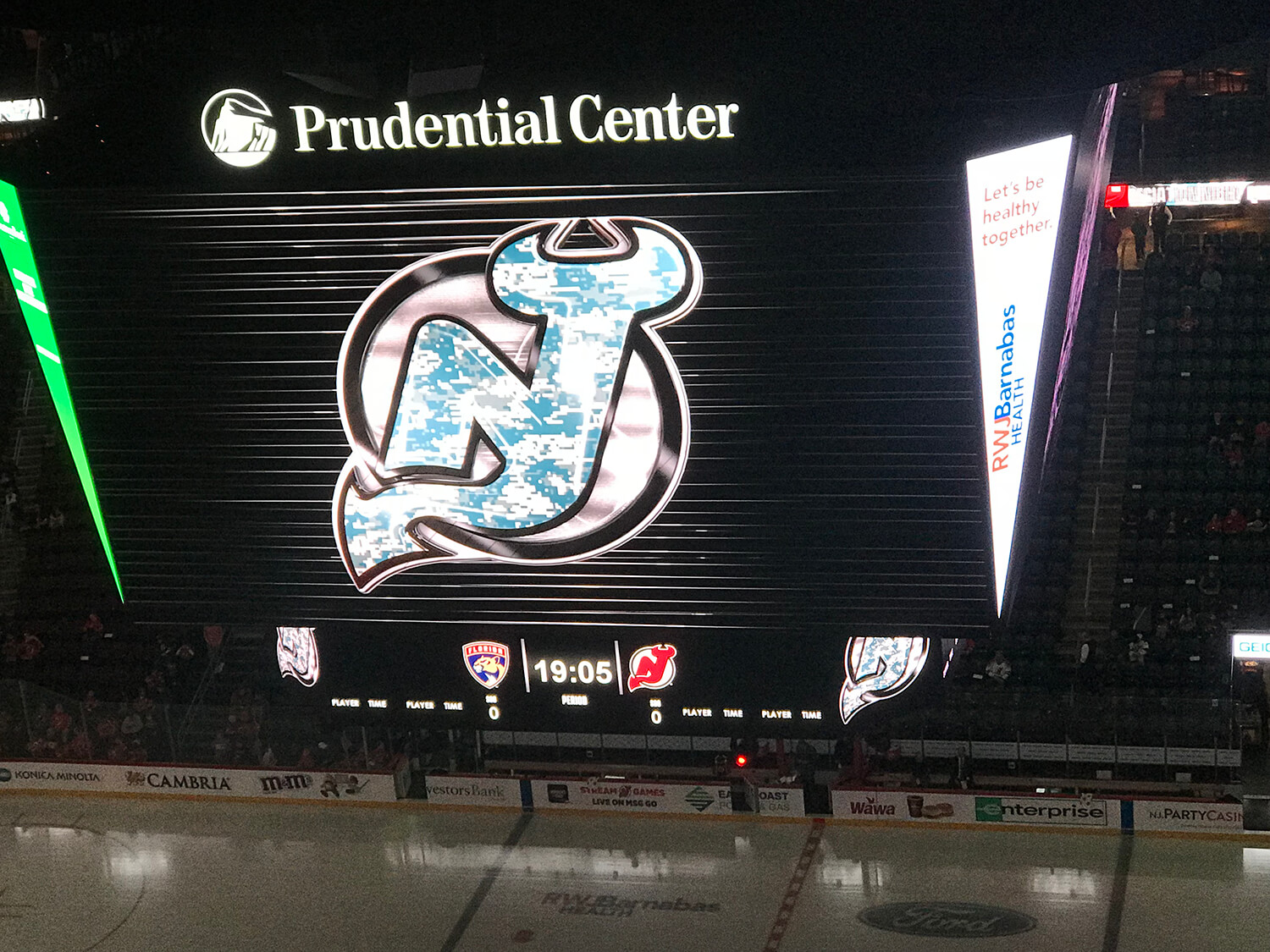 NEWARK, N.J.–In more ways than one Saturday’s 2-1 win over Florida was a game of redemption for those who needed it the most. Entering the night without a win in its last four tries and coming off an overtime loss to the Oilers on Thursday, the Devils were looking for a better fate. It wasn’t necessarily pretty, but they found it.

New Jersey opened the scoring 5:59 into the first period when Damon Severson’s wrist shot deflected off Panthers’ defenseman, Keith Yandle. For the Devils it marked the fourth-straight game in which they tallied the game’s first goal.

An area that hadn’t seen much scoring has been the club’s power play, which was 0-for-11 in the last five games. After failing to convert on a first period opportunity, Kyle Palmieri ended the team’s drought with a top-circle shot 4:58 into the second to extend the lead by a pair. The Panthers would claw their way back into the contest minutes later as six-foot-six inch, Nick Bjugstad used his size on the wall to keep the puck in the zone and get to the front of the net to make it a one-goal game. Despite an active third period and one in which Florida outshot the Devils 17-4, they could not find an equalizer.

Unlike Thursday where they held the big shooters in check for much of regulation but faltered in extra time, the Devils were able to contain a top-10 offense and keep the game to 60 minutes. Cory Schneider (32 saves) played a large role in doing so, especially as the workload intensified in the final frame.

Head coach John Hynes talked about Schneider’s effort and the difference it made in ending the team’s recent losing-streak.

“He was what we needed back there,” Hynes said. “I think sometimes when you struggle to get two points in games, you sometimes need your best players and your leaders to be able to come up big. I thought Cory was a big difference for us.”

While the team found itself on the right side of things in both the W-column and on special teams including one power play goal and 5-for-5 on the penalty kill, the game also offered some positives for individual players.

Severson, playing in his second game since being a healthy scratch earlier in the week versus St. Louis, scored his second goal of the season. The blueliner, who signed a six-year deal with the team was sat for what Hynes described as consistency issues including multiple “egregious turnovers” in game. Severson though is just looking to play his game now that he’s back in the lineup and putting the scratch behind him.

“Those decisions are out of my control,” he said. “Obviously, you don’t agree with everything that happens throughout a season sometimes. But I don’t worry about that stuff. That’s just kind of noise to me. I just play hockey the way I know I can play hockey and Iâ€™m confident in myself and I know what I can do best to help the team win.”

“If you look at the last two games, he’s come in, his compete level has been really good and his puck decisions have been good,” he said. “That’s what we expect from him and that’s what he needs to continue to do to grow his game as a young defenseman and be a real strong part of our team.”

Maybe redemption isn’t exactly the word for Kyle Palmieri. He did score in his second game since returning from a lower-body injury that sidelined him for six games, but he did help the team net its first power play goal in the month of November and he did it in Ovechkin-like style–the top of the circle.

“It felt good to contribute,” Palmieri said. “It’s pretty ironic, we worked on the five-on-three a little this morning and we had some basic things we wanted to set up and accomplish and one of them was just to get the puck to the net. I was just shooting to hopefully hit the net.”

How’d he feel about being in Ovechkin’s kitchen though?

Though there was no scoresheet activity following Bjugstad’s 2-1 tack, there was a notable hit 15:23 into the second as second-year Devil, Steve Santini caught Panthers’ Aleksander Barkov in the defensive zone for a clean hit that sent him to his bench. It electrified the building and earned the 22-year-old some praise from his fellow blueliners.

Steven Santini DESTROYS Aleksander Barkov into his own bench! WHAT A HIT! pic.twitter.com/pZF45V393D

“I think he’s been known for that, especially for the past in his college career,” Severson said. “It was a clean hit, just kind of caught him in a spot where the bench is and a very nice hit by him. He was throwing around–he was confident with his body tonight.”

Hynes too liked to see him get engaged physically.

“It’s nice to see Steve do that,” he said. “That’s one of the things we really need from him: to be a really difficult player to play against. Physically, he’s a guy that can skate and he’s got size and when he has a couple hits like he had tonight, particularly on Barkov I think that’s why we have him. It’s nice to see him continuing to grow his game, to be able to play against those guys, but also be physical and a hard guy to play against.”

Devils scratches were F, Pavel Zacha and D, Ben Lovejoy and Dalton Prout…Panthers scratches were F, Jared McCann, D, Alex Petrovic and G, Antti Niemi…Center, Derek MacKenzie played just 1:54 after suffering a lower-body injury according to Bob Boughner…Florida ended its three-game road trip on Saturday, going 1-2-0…Devils complete three-game home stand 1-1-1…During the warmups New Jersey sported camouflage jerseys that will be signed and auctioned off on the team’s official web page…At the morning skate, the Devils announced that forwards, Michael McLeod (left knee) and Travis Zajac (left pectoral muscle) were cleared to practice for the first time this season…Up next for the Devils: At Chicago Sunday night 7p.m. start…Panthers return home on Tuesday to host Dallas at 7:30p.m.