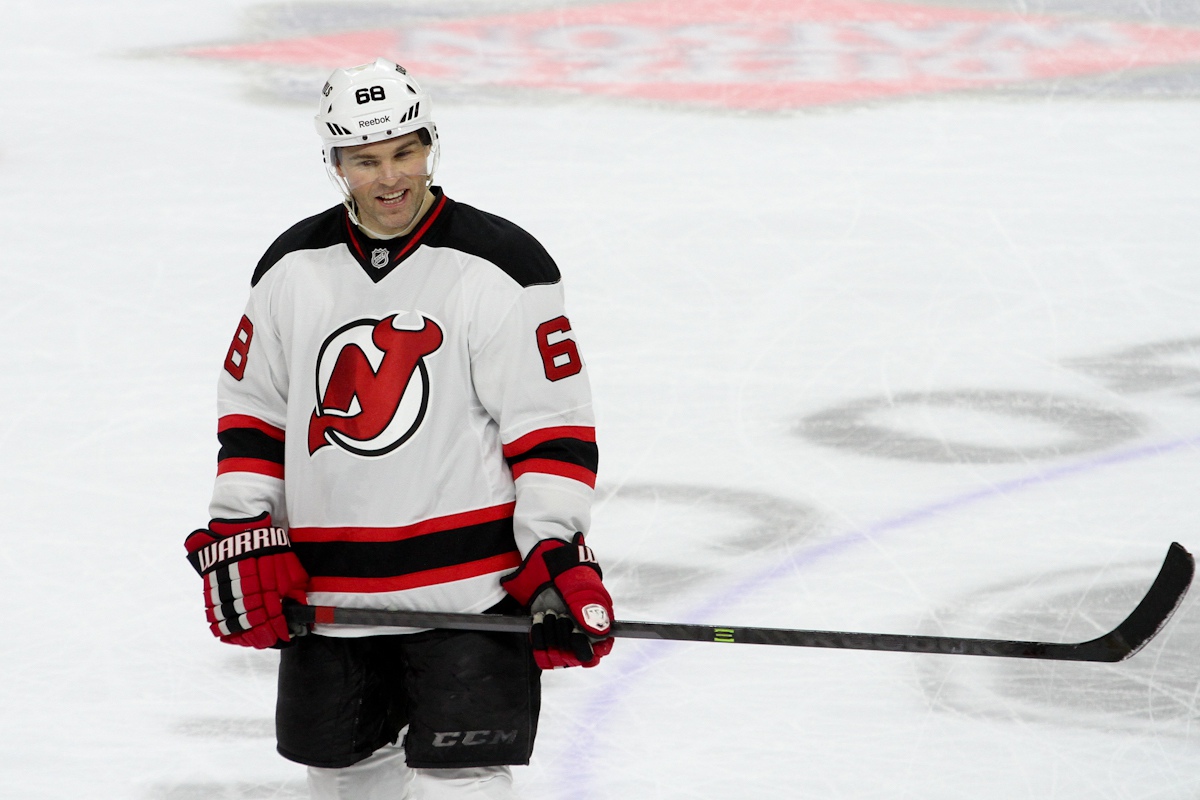 He took one shot.

The only shot registered in overtime.

That shot bounced into the net, allowing Anaheim to skate away with a 3-2 win against New Jersey on Friday night.

“I don’t really know to be honest,” Cory Schneider told reporters after the game.

As Palmieri sent the puck towards the net, Schneider jammed his right pad against the post while Jon Merrill threw his stick in the same direction.

The puck hit Merrill’s stick, flipped over Schneider’s pad and into the net.

“He kind of carried around the net, and I stretched and I tried to get my pad to the post. I don’t know if it hit a stick or popped up or what,” Schneider said.

“It’s a bit of a bad break, but sometimes you create your own luck, so [we] just got to keep working hard and hopefully the bounces start going my way,” Schneider said.

The bounces didn’t favor Schneider in the third period either, when the Ducks took a 2-1 lead. Palmieri corralled the puck just as it trickled into New Jersey’s defensive zone, where he skated past Marek Zidlicky. Palmieri attempted a centering pass, but the puck bounced off Gelinas’ skates, where it fell to Mathieu Perreault. Perreault slipped the puck between Schneider’s left pads and the post for a 2-1 lead.

New Jersey finished 4-for-4 on the penalty kill and converted one of its three power play chances, which stood as the game-tying goal in the third frame.

“They got some good looks, some good chances there, a huge goal in the end obviously in the third,” DeBoer said. “Those are the ones that [a] month ago we don’t cash in and we probably lose the game. It’s definitely a positive tonight.”

In the third period, the Devils outshot the Ducks 5-4. Overall, Anaheim held the shots advantage 24-21.

“That’s one of the top two or three hockey teams in the NHL and I thought the difference was probably the first period,” Peter DeBoer said. “If we could’ve gotten a couple there we have a little bit of a cushion.

“We knew they were going to push back in the second and third and you can see their size and strength and depth and I thought we did a good job finding a way to get the game into overtime.

“We needed to cash in the first I think to put them in a tough hole.”

The Devils also lost forward Damien Brunner in the opening frame after he was hit along the boards. He limped off, favoring his right leg. DeBoer said there was no update on Brunner’s status.

Schneider stopped 21 shots in the overtime loss, his fifth of the season. It marked the fourth time out of 16 games in net Schneider’s team has supported him with three or more goals.

The Devils, who hit a few posts during the game, were unable to add another goal despite a third period surge.

“I’m a big believer that those things all even out at the end of an 82-game schedules,” DeBoer said. “So we’ll hope that the hockey gods owe us one down the road somewhere.”