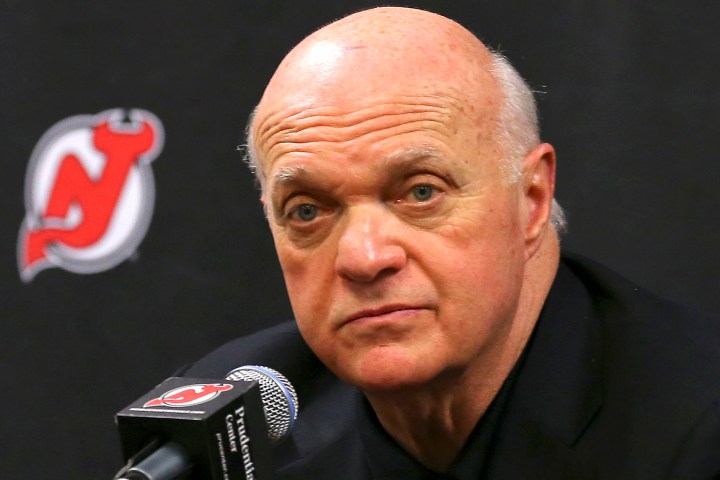 Martin Brodeur distanced himself a little bit further away from Terry Sawchuk’s shutout record when he received his 113th shutout on Wednesday night in the Devils win over the Phoenix Coyotes.

“Keep climbing,” Brodeur said of his shutout. “Make it hard on the guys that are behind me.”

The Devils have been in desperate need of wins this season. They are currently 16 points away from the eighth seed, and 27 points from being at the top of their division. They have a lot of work to do in the upcoming weeks if they plan on making a serious run for the playoffs.

Their recent five game losing streak didn’t help matters. On the other hand, this win could be an indicator that things are starting to come together…albeit slowly. This shutout win and the return of defenseman Anssi Salmela may have put the Devils one step in the right direction.

This contest also marked Kovalchuk’s first two-goal game as a Devil along with Mark Fayne’s first career NHL goal. Their three goals combined was all it took for the Devils to win against Phoenix.

“It took 61 games to get a two-goal game,” Kovalchuk said smirking after the Devils win. “It’s a long time…and hopefully there’s going to be more.

“I used to score some goals. I got a lot of chances, especially even tonight. [We] could have scored four more, but three’s enough. It’s a good feeling. We played a solid team game. We just have to [build on] that.”

“We have a lot of work to do,” Brodeur said. “I think when you win, it makes it nicer for the time being [especially] with the position we are in. It’s not really fun. Tonight was a fun day. It’s been a fun week so far.”

Captain Jamie Langenbrunner skated down to collect Fayne’s first career NHL goal for the young rookie. Langenbrunner was originally credited with the goal.  He knew that he hadn’t touched the puck, so he alerted the officials and the scoring change was made.

When asked what he planned on doing with the puck, Fayne responded that it might make a nice Christmas present for his father.

The Devils annual Toys for Tots Drive will take place on Friday when the Devils host the Nashville Predators.