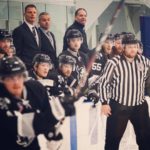 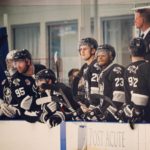 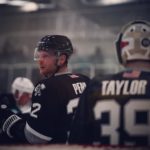 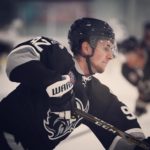 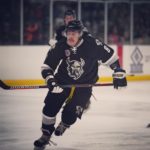 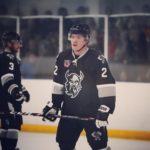 Forward Brandon Contratto netted two goals and assisted on four others to give the Thunder a split of the two-game weekend series and put a smile of satisfaction on the face of his coach, Charles Pens, Sr. “We knew we could play with them,” said Pens, whose club had dropped a 5-2 verdict the previous evening on Opening Night. “I had every confidence if we stuck to our game plan and played our style, we could beat them, and we did. I couldn’t be more proud of this special group we have here in Delaware.”

Offensive heroes were in abundance for the Thunder, as Ryan Marker and Brennan Young (shorthanded and even strength) each scored twice, while Weng To and Gavyn Connell-Helle (power play) each lit the lamp once. Marker also collected four assists, while goalie Aaron Taylor added two helpers.

Pens was impressed about how the Thunder rebounded smartly from its Opening Night setback. “We stuck to our game plan, made a few adjustments, and the guys knew their positions were on the line,” he said. “It was an overall team effort.”

Contratto and Marker are tied atop the FPHL stat board with eight points each through Week One. Contratto also leads the league with six assists to go with his two goals, and Marker is among the leaders in goals and helpers with four each.

Despite being outshot 46-30, Taylor (1-1-0) did a superb job keeping the River Dragons at bay as Delaware built leads of 3-0 and 6-1. Taylor finished with 43 saves and surrendered two goals. Backup netminder Morgan Hudson made his first appearance of the season, recording a save during the final four minutes.

As for the fisticuffs, Thunder forward Connell-Helle tangled with Columbus forward Jonathan Evans in the second period, while Delaware defenseman Alex Basey dropped the gloves in a third period skirmish with Evans.

The previous evening in front of a sellout crowd, the Thunder fell behind 4-0 before Marker led the comeback with goals midway through the second period and halfway through the third. Trailing 4-2 in the game’s waning stages, Delaware skated hard in search of two red lights. But they surrendered their second power play goal of the night (they also allowed a shorthanded goal) as the River Dragons triumphed, 5-2.

Goalie Taylor made 33 saves in his debut for Thunder, who were outshot 38-33.