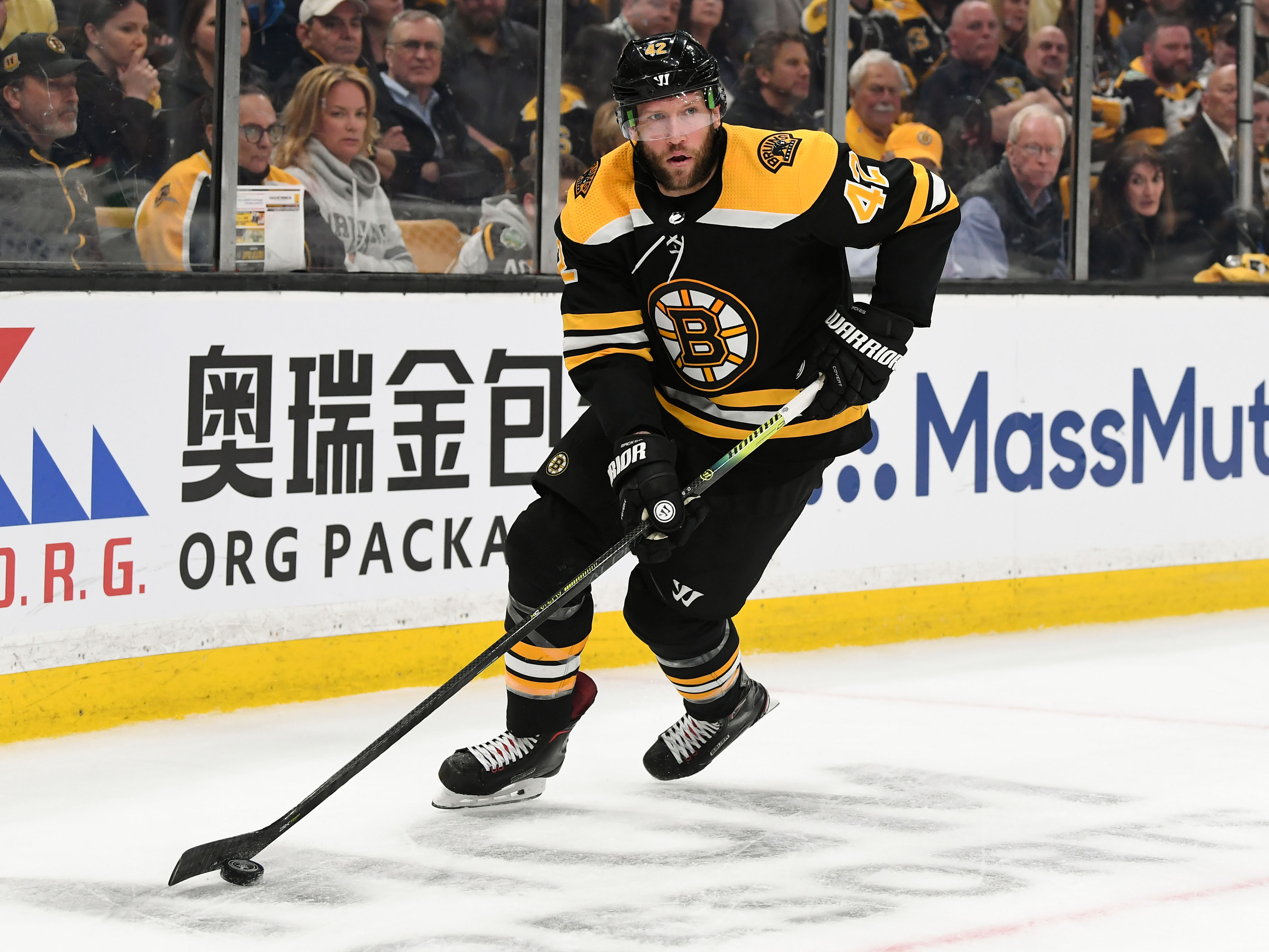 Honestly, does it even really matter?

The Boston Bruins have been trying to find the right combination within the forward lines for the first three months of the regular season, particularly at right wing.

It is safe to say that things have not worked out, but fans of the team should not be surprised considering the string of bad luck when it comes to filling out the top spots on the right side. The Bruins clearly have had internal candidates in mind, especially the younger guys who have spent time honing their craft down in Providence.

Due to a string of bad luck in terms of injuries and the highly touted prospects just not ready to assume that role, the Black and Gold have been alternating between veterans Brett Ritchie and David Backes. Not ideal.

However, for the sake of argument, let’s try to pick one that could actually benefit from getting more ice time.

Ritchie, who signed a one-year deal with the B’s in the offseason, has skated in 24 games with him assuming duties on both the second and third lines. The 26-year-old forward has posted two goals and four assists for six points ahead of Boston’s Saturday night meeting with the New York Islanders. He is expected to return to the lineup after being scratched for Thursday’s game against the Winnipeg Jets.

Overall, there just seems to be something missing with this guy. Sure, he can be physical along the boards, but his unwillingness to go to the front of the net and clear space makes one wonder whether he is truly thriving in Boston. Ritchie will not be the answer to the second-line, right-wing dilemma.

When it comes to Backes, his time as a Bruin has been met with ample peaks and valleys. Although his first season with Boston saw him post 17 goals in 74 games, his goal total over the last two seasons has dropped significantly. Backes has had his fair share of injuries as well, and this season has proved to be no different.

The 35-year-old, Minneapolis, MN native has recorded just one goal and two assists for three points in 16 games during the 2019-20 campaign. He missed about a month of game action early this season due to a concussion.

When Ritchie and Backes do get the opportunity to play, they often get buried and relegated to the bench; Ritchie is averaging only 10:19 of average time on ice while Backes is averaging 8:33. If B’s head coach Bruce Cassidy has the option of rolling all 12 forwards, why not do so? They are at your disposal, so use them.

With all of that being said, Backes is the guy who should be getting the nod over Ritchie. Backes is one of the alternate captains who has a proven track record of strong leadership. He is a winner and is a valuable asset to a team who could use a little toughness every now and then.

Regardless of what the stats show, Backes provides countless other intangibles that are needed for a team as deep as the Bruins. He does not need top-six minutes every night, but being a depth piece on the third line will prove dividends in the long run. Backes has a clear role on this team. Ritchie? Not so much.