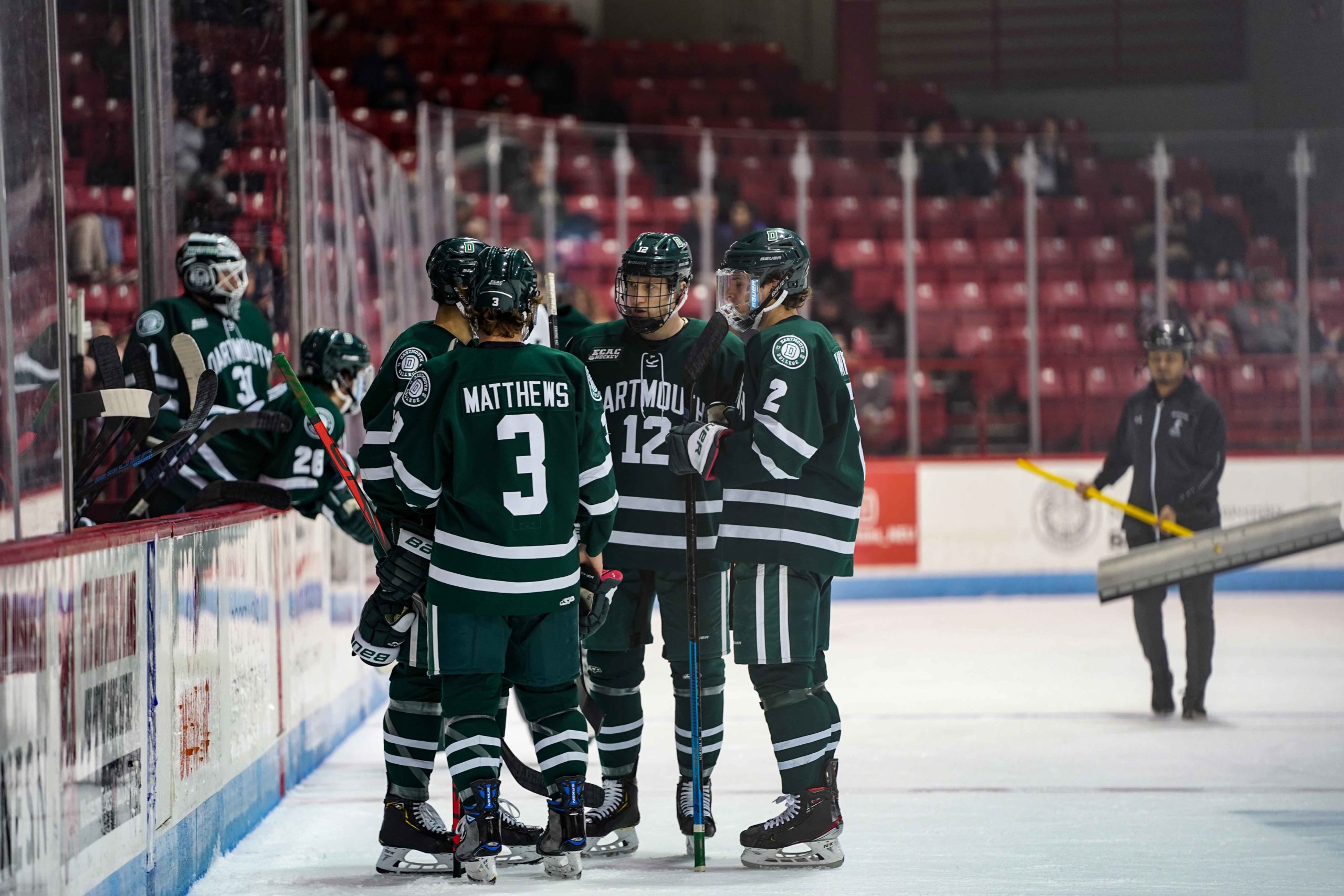 Hanover, NH- The first NCAA Tournament game was held on  March 18th, 1948, at the Broadmoor Ice Palace in Colorado Springs, CO. It pitted the Colorado College Tigers against the Dartmouth College Indians. Eddie Jeremiah led his team to an 8-4 victory over Cheddy Thompson’s Tigers. Dartmouth and CC only played once more after, in January of 1954 (a CC 5-4 W). On Saturday night, the now-named Dartmouth College Big Green renewed old acquaintances with the Tigers at the Ledyard Bank Classic and claimed an impressive win.

Dartmouth gave a juiced crown cheering material 1:23 into the game with Senior defenseman Clay Han jumping into the play at the slot and wristing home his first goal of the season. CC answered quickly with a Grant Cruikshank tally 1:27 after the Han goal. The remainder of the period saw an even shout counter at 11 apiece. Dartmouth tipped the game their way late in the frame after Bryan Yoon took a hooking minor. Five seconds into the ensuing power play, Drew O’Connor uncorked a missile over CC goalie Matt Vernon for a 2-1 lead that Dartmouth held to the intermission.

The Big Green tilted the shot counter their way in the second 15-10 and were rewarded for their work with another PPG. This one came following a Jackson Ross interference minor when Matt Baker ballooned the lead to 3-1 at the frame’s 17:06 mark. Chris Wilkie cut the lead back to one just 24 seconds later, but Dartmouth was relentless. Quin Foreman netted a goal with 1:26 left in the period to stake the Green to a 4-2 lead.

Adrian Clark turned away all 10 CC shots in the third to complete a 29 save night while Drew O’Connor landed an empty-netter for his second goal and third point of the night to complete the 5-2 Dartmouth win.

“I thought our kids played with a lot of jam tonight,” commented Dartmouth Head Coach Bob Gaudet. “I thought we were on our toes for most of the night. They had some pushes but I thought we responded with some big goals. O’Connor was fabulous.”

The Big Green skate for the Ledyard Classic Championship against the Connecticut Huskies at Thompson Arena on Sunday night. Puck drops at 7 pm ET.