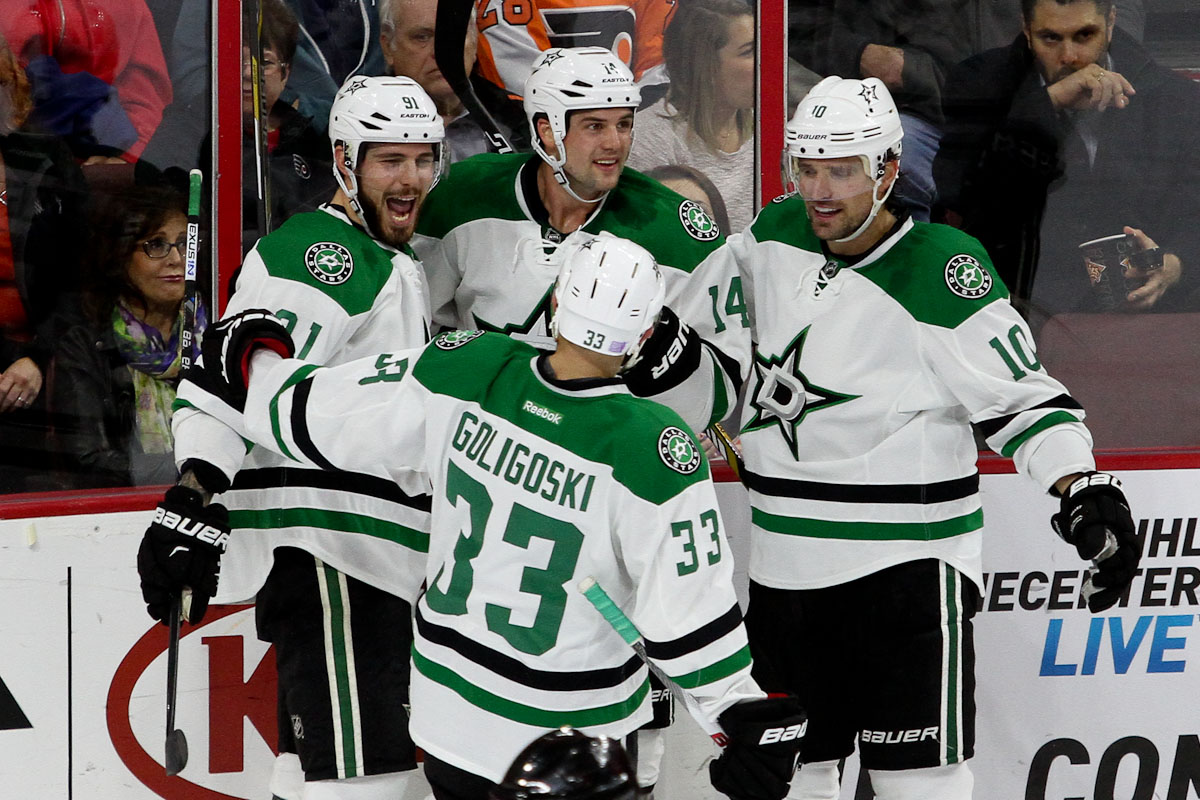 For a brief moment on Sunday, Nov. 8, the Western Conference-leading Dallas Stars permitted themselves to celebrate the franchise’s best start to a regular season. Still wiping away the sweat from a hard-fought 4-1 victory in Detroit that gave Dallas a 12-3-0 mark to begin the 2015-16 campaign, the Stars players and coaches still spoke of challenges to come.

“It is (a good feeling),” said Stars coach Lindy Ruff, whose team has amassed 24 points in its first 15 games, eclipsing the previous record of 23 points (10-2-3) set by the 1980-81 Minnesota North Stars. “We got off to the good start we wanted, so we can enjoy it for a little bit. Then we put it behind us in about an hour from now.”

“(The good start is) important,” noted Stars center Tyler Seguin, whose 23 points (9 goals) leads the NHL in scoring. “But if you look at it we are only a couple of wins out of sixth or seventh place. There are some great teams in our division. It’s a long journey ahead still.”

Seguin is one of the top contributors who has helped fueled the Stars’ record-setting start with an eight-game points streak (including five goals) and an NHL-high 14 assists. The former Boston Bruin was also named the NHL’s Second Star of the Week.

The victory in the Motor City capped a four-game road trip that began with a 4-1 loss in Toronto followed by Seguin’s three-goal Hat Trick in a come-from-behind 5-3 win against his former team in Boston, and a 4-1 win at Carolina. Seguin’s seventh career hat trick was the first by a former Bruin against Boston since Nov. 7, 1996 when Edmonton’s Mariusz Czerkawski turned the trick.

Seguin and Patrick Sharp each netted a goal and added a helper vs. the Red Wing, while young Russian phenom Valeri Nichushkin netted his first regular season goal since March 28, 2014. Center Cody Eakin also lit the lamp for Dallas, and defenseman John Klingberg added two assists to move into the scoring lead among NHL defensemen with 15 points (13 assists).

“It wasn’t the prettiest game on our side, but we got an early lead and hung on,” said Sharp, who has scored six goals in his last seven games. “We played a lot in our own end, but I thought we limited the chances. It was a good win for us.”

Goalie Kari Lehtonen stopped 21 of 22 shots for his 3rd straight win that improved his record to 6-1-0. Lehtonen has benefitted from the acquisition of fellow Finnish netminder Antti Niemi, who has posted a 6-2-0 mark while splitting the workload and keeping the former from being overworked.

Dallas, which has won seven of its nine away games, built an early 2-0 lead and hung on until they were able to twice hit the empty net after Detroit had pulled its goalie. The Red Wings had outshot Dallas 26-5 for a 27-minute stretch beginning early in the middle period through the early stages of period three.

Ruff’s skater also improved to 6-0-0 when leading after two periods.

“We’ve got to be confident winning 2-1 and 3-2, those low-scoring, low-chance games,” Seguin said. “Obviously, we are happy with how we played.”