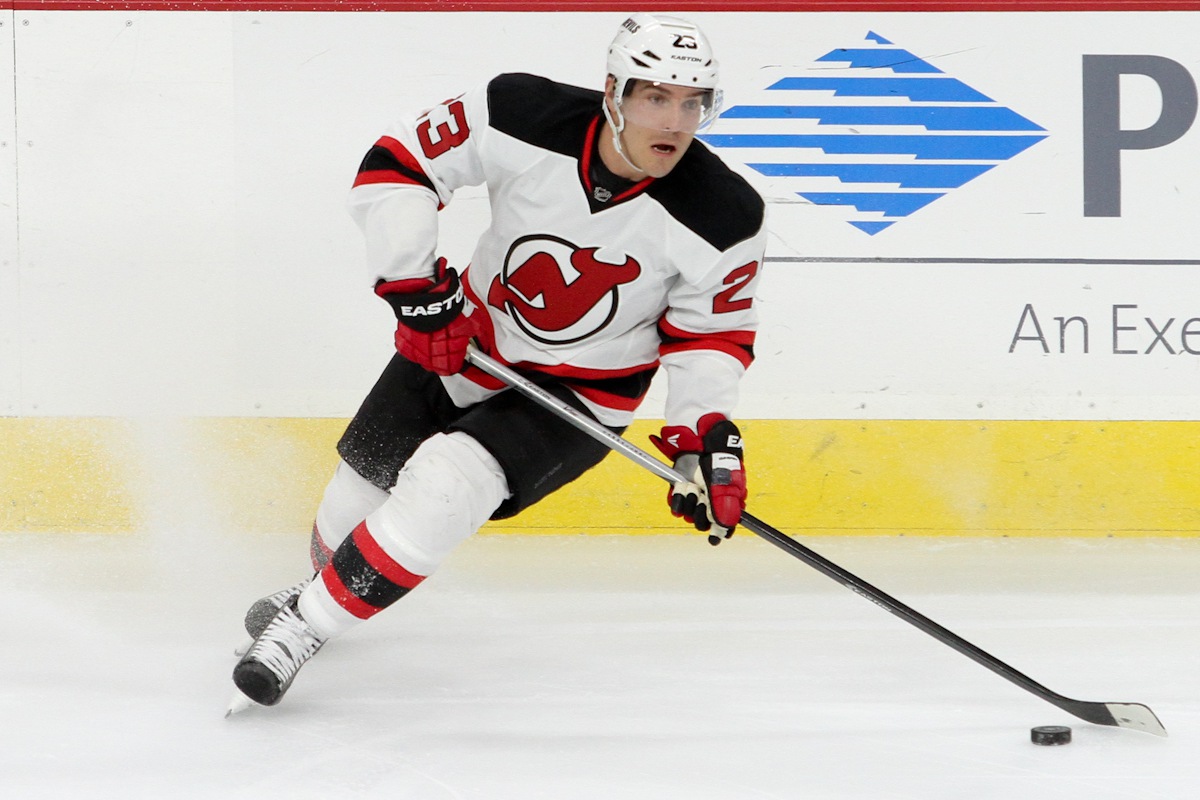 Curtis Gedig At Devils Rookie Camp For a Team Spot

Curtis Gedig is a veteran of Devils’ development camps. Last week the New Jersey draft pick attended the program for his fifth year.

“It’s just different because I’m not going back to school, I’m trying to play professionally now,” Gedig said. “I haven’t found [it] a huge eye opener to me like it was my first two, three years.

“I’m here to make the team this time.”

The British Columbia native attended after finishing his four-year career at Ohio State, where he appeared in 133 games.

“It was for my development. I also had a leadership role that I wanted to try out for the first time in my career,” Gedig said. “The coaching was great, I feel like I didn’t need to move on [and] I could use another year of development. So I stayed for four years.”

At 6-foot-3, Gedig was one of the bigger defensemen at the annual prospect camp. He grew bigger because of conditioning at Ohio State.

“Coming in I was probably 10 pounds lighter than I am no, so just getting those Olympic lifts,” Gedig said. “Working with those trainers really helped me develop as a hockey player on the ice.”

As a senior captain, Gedig helped the Buckeyes to a Big Ten championship game appearance. Ohio State first defeated Michigan State and upset Minnesota for a trip to the Big Ten final.

Despite leading the game, Ohio State lost 5-4 in overtime to the Badgers.

While a Buckeye, Gedig said he worked on his defensive positioning and being more vocal.

“I really needed to work on that coming into school and I had really good defensive coaches to work with me there,” Gedig said.

The 22-year-old said his best chance at making the team lies within working hard.

“Just control things I can control and just do my thing,” Gedig said.