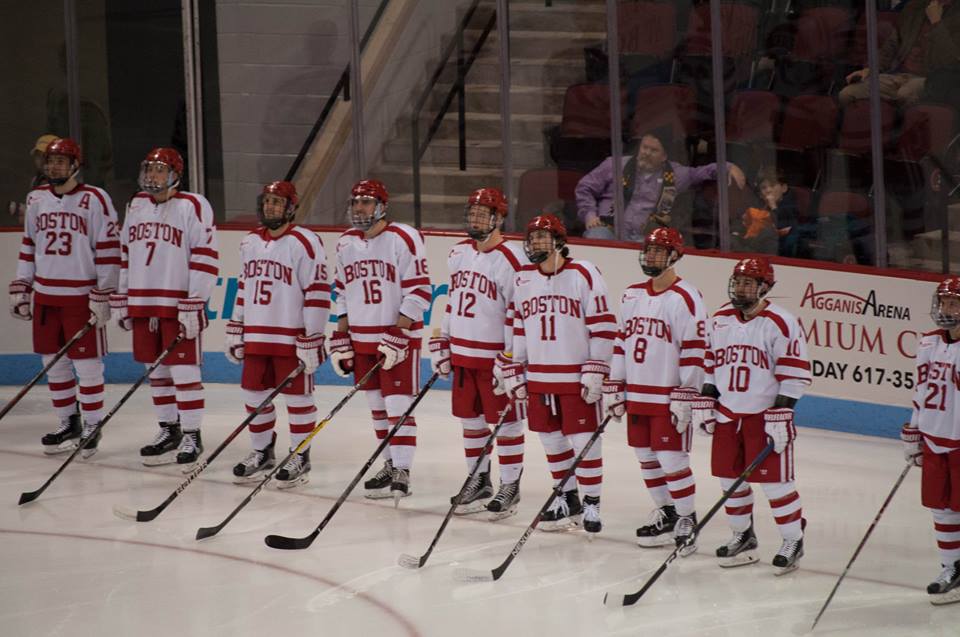 Curry Starting to Shine With Terriers

In a historic freshman class, it’s easy to overlook the freshman on Boston University who weren’t first round draft picks. While Patrick Harper, a fifth rounder to Nashville, has emerged as a top liner, Pat Curry went undrafted and has found a role with the Terriers.

“Pat’s had a great year for us,” said BU head coach David Quinn following a road victory at Boston College on Monday night.
“In a class that got a lot of attention, he didn’t.”

With three goals this season, one of those at Boston College, Curry has found other ways to contribute. After not generating much fanfare, he earned himself to a second line role when the team had injuries but has established himself as a reliable third-line winger.

“He’s been a very important part of our team [and] has fit in right from the get-go,” said Quinn.

With eight points on the season, Curry’s contributions have gone beyond the scoresheet. On Friday night, the first game of the series against the Eagles, Curry created multiple chances and also threw his weight around in one of the more physical games the Terriers have played all season.

Playing on the wing with the likes of Niklas Olsson and Ryan Cloonan has also given Curry more experience, and he’s been relied upon to play with players on upper lines as well at points in the season.

“He’s got skill, good soft hands and he works hard,” said Quinn. “It was a heck of a shot, a quick release. Any time you get the first one in this series, it makes your life a little bit easier.”

His goal on Monday night could not have been better timed, as the Terriers were at the tail end of a power play. Just as the man advantage clock ticked down to one second, Curry wristed a shot underneath the crossbar past Eagles goalie Joseph Woll.

It turned out, that was all the Terriers needed.

Said Quinn, “He’s a guy that could play on any line, I’d have no trouble playing him on our first and second line either because he’s got skill, soft hands and he works hard.”