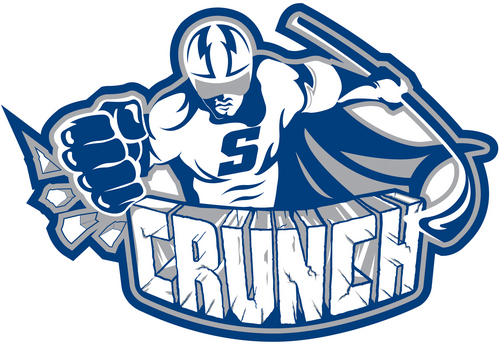 SYRACUSE, N.Y – The Syracuse Crunch had broken an 0 for 20 slump on the power play against the Binghamton Senators last weekend. But, the 4-4-2 Crunch went right back to square one as they fell to the Norfolk Admirals 4-3 on Friday night at the War Memorial. Syracuse did end up finding the back of the net on a power play chance but went only 1 for 7 on the game. The Crunch are now 4 for 48 this season and continue to falter. It seemed that Norfolk was just giving away penalties getting consumed in the chippy atmosphere of the game, but somehow Syracuse just couldn’t find a way to convert.

Both Norfolk and Syracuse are among the league leaders in penalty minutes but that still wasn’t enough for the Crunch to overcome their scoring drought on the power play. In fact, the Admirals had more success short handed than they did at even strength or with a man advantage. Norfolk scored on a short handed goal in the third to tie the game, send it to overtime and eventually come away with a victory in the extra period. The short handed goal was the fifth given up by Syracuse which leads the entire AHL and that problem attests to the major issue of the team.

When the Crunch could get the puck in the offensive zone, they moved it well and each of the lines seemed to mesh very well with one another. Including the starting line of Jerome Samson, Henri Ikonen and Captain Mike Angelidis. The center had a goal and was on the ice for Jean-Philippe Cote’s goal to open up the scoring for the Crunch. Angelidis had a scoring chance denied by Igor Bobkov but the rebound allowed for the one timer from Cote to find the back of the net. But that was the first period. The rest of the game the momentum swung towards the Admirals.

Part of that reason was because the control of puck possession switched over to Norfolk. Hockey experts always say that a 2 goal lead is the worst lead to have in a game and that again rang true for Syracuse against Norfolk. The Crunch had a two goal lead and that’s when they got sloppy. Stretch passes began to get tipped and would come back into the Syracuse defensive zone and the Crunch struggled to maintain possession at center ice. That allows the Admirals to outshoot the Crunch by double digits and outscore them as well. Corsi and Fenwick measure a players value by the amount of shots he takes…. there’s a reason for that.

Where does the problem of stretch passes originate? It all starts with the defensive player who initiates the pass out of his zone. The pairings of Crunch defenseman have not done the job. The pair of Luke Witkowski (-2) and Slater Koekkoek (-1), who are two of the top defenders on this team, really struggled last night as they were on the ice for two goals against. Nikita Nesterov has really had a tough go to start the season too posting a -4 score differential in the first 10 games of the season.

There is a silver lining for the Crunch. Despite the struggles on the power play and with getting shots on goal, Syracuse is still just below .500 with a 4-4-2 record. Jonathan Marchessault has also filled in nicely for Cedric Paquette who is doing his thing for the big club in Tampa Bay. Marchessault is a +6 on the ice and leads the team in points (10), goals (5), and assists (5).

The Crunch play another game Saturday against the Admirals as they look to go above .500 at home. Syracuse is 2-2-2 at the War Memorial. We shall see if Rob Zettler tries to change around some of the defensive lines to see if he can move the puck into the offensive zone, create more scoring chances, put the pressure on his opponents and most importantly, score more goals as the season progresses.