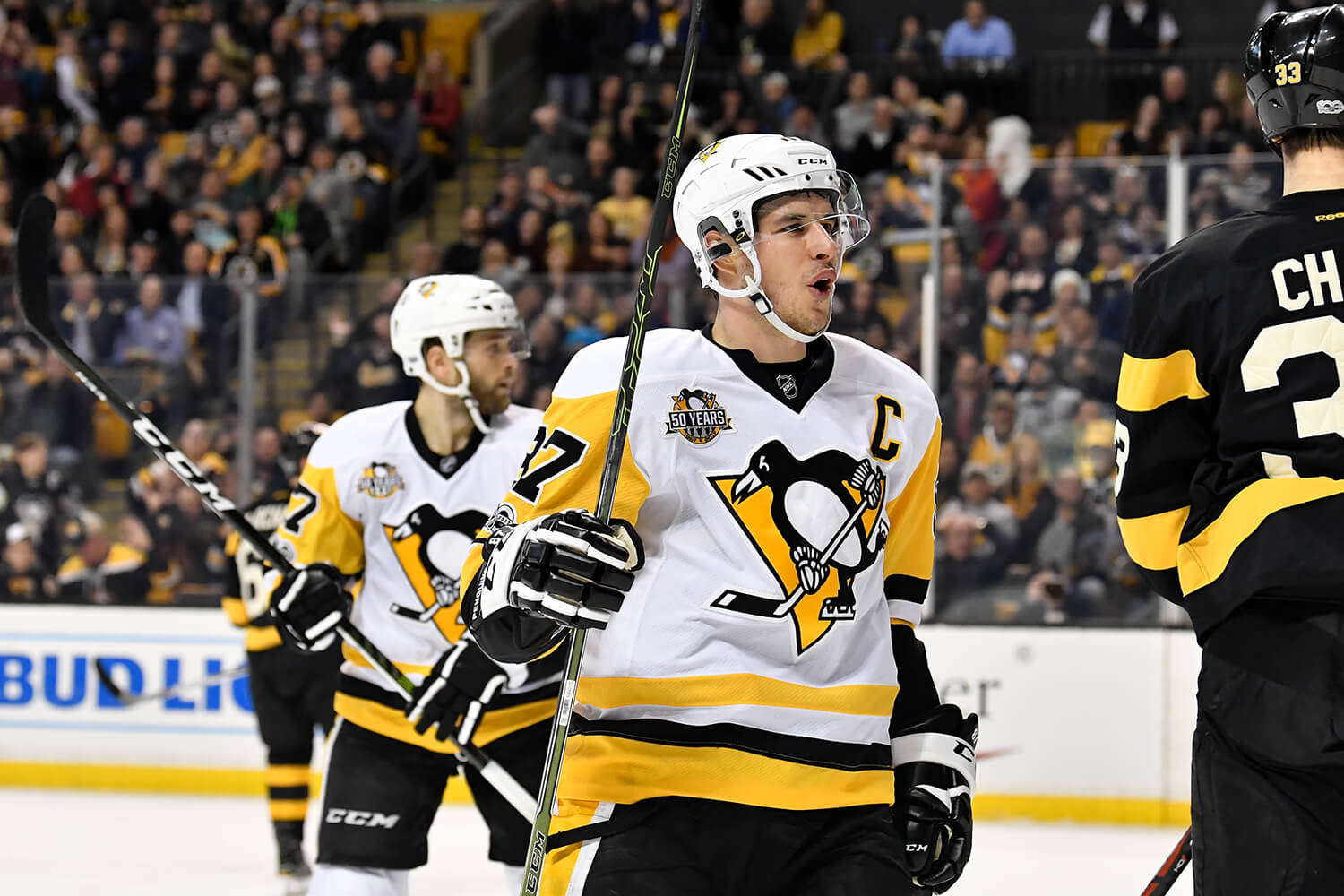 It hardly stood out as a marquee matchup on the schedule, other than the first Pittsburgh appearance of one of the NHL’s most exciting rookies. But, when Patrik Laine and the Winnipeg Jets came to town on an ordinary Thursday in February, the Penguins managed to make it plenty memorable.

With a first-period assist on a goal by Chris Kunitz, captain Sidney Crosby notched his 1,000th career point, becoming the 86th member of that exclusive club. Even more impressive, the 29-year-old Crosby was the 12th fastest to reach the mark, with 369 goals and 633 assists in just 757 games.

“It’s hovered around for a while, so nice to get it,” Crosby said. “It gives you a little boost when you get an ovation like that, and I certainly appreciate it. Thinking back to different moments since I’ve been here in Pittsburgh, that’s right up there.

“I tried to soak up every second, take it all in, then get back out there and play the game.”

Crosby went on to punctuate the milestone in fitting fashion for a career that’s been marked with dramatic moments. With the Penguins down 3-2 late in the contest, he set up Phil Kessel for the tying goal with 6:05 remaining, then scored the game-winner with 21.1 seconds left in overtime to send the fans home happy.

“He’s a tremendous player,” said head coach Mike Sullivan. “The fact that he scored 1,000 points in the amount of games that he has is just a testament to the player that he is and the character of the person. He’s an ultra-competitive guy; he loves to win. And he’s an elite player.

“We’re privileged to have him on our team. Sometimes the coaches marvel at what he does on a nightly basis as far as helping this team win. The fact that he scores the game-winner is apropos, but it doesn’t surprise me by any stretch. I think the sky’s the limit for Sid; I think he’s just that good of a player.”

Perhaps less happy, despite his ever-present smile, was goaltender Marc-Andre Fleury. The 32-year-old, longtime franchise netminder gave up three unanswered goals as the Penguins fell into that 3-2 hole, then made several big saves in overtime, including on a Nikolaj Ehlers breakaway, to give his team the chance to win. Familiar chants of “Fleur-y” rained down at PPG Paints Arena.

“The support I get here is always amazing, and again tonight,” Fleury said. “It was a nice feeling.”

Fleury’s 44 saves on 47 shots were a season high in his 27 starts, which is not exactly the workload he’s used to over the first 56 games of a season. Matt Murray, 22, has started the rest, and all indications are that the Penguins will move forward with the younger netminder after this season.

That means Fleury could be dealt by the March 1 trade deadline if the Penguins get an offer they like. And, with only two home games remaining before then, it didn’t escape him that Thursday’s start might have been his Pittsburgh farewell.

“You don’t know what’s coming,” he said. “I try not to [think about it] and stay focused on the game, [but] I tried to enjoy it. It was nice; it was a good feeling. Hopefully there’s many more.”

In addition to Crosby’s milestone and the fans’ appreciation of Fleury’s career, Thursday’s game was memorable for being one of the costlier games of the season for the Penguins. Pittsburgh gained two points but lost two defensemen – which, with just about seven weeks left in the regular season, could play into their deadline strategy.

Olli Maatta, who landed on his hand after a hit from the Jets’ Adam Lowry, underwent surgery the next morning and will miss six weeks. Justin Schultz suffered a concussion when Winnipeg’s Dustin Byfuglien slammed him into the boards and is out for an undetermined length of time.

The Penguins are getting healthier at forward. They got Evgeni Malkin (knee) and Carl Hagelin (concussion) back this week, and Conor Sheary (upper body) is skating well ahead of his 4-to-6-week timetable.

Maatta and his $4 million cap hit could be placed on long-term injured reserve, freeing up some cash for Pittsburgh to work with at the deadline. For now, the Penguins – second in their division and conference and third in the NHL – will give opportunity on the blueline to callups like Chad Ruhwedel, Steve Oleksy and Cameron Gaunce.

They’ll join regulars Kris Letang, Brian Dumoulin, Trevor Daley and Ian Cole, who earned their stripes by playing half of Thursday’s game with Maatta and Schultz out of the lineup. Letang led the pack with 31:07 of ice time, followed by Cole at 25:48, Daley at 25:22 and Dumoulin at 23:03.

“The four guys that played the remainder of the [Winnipeg] game did a really good job under difficult circumstances,” Sullivan said. “There was a significant amount of the game left when we were down to four defensemen. We had to kill a penalty with three defensemen. So I thought, under the circumstances, they did a pretty solid job.”