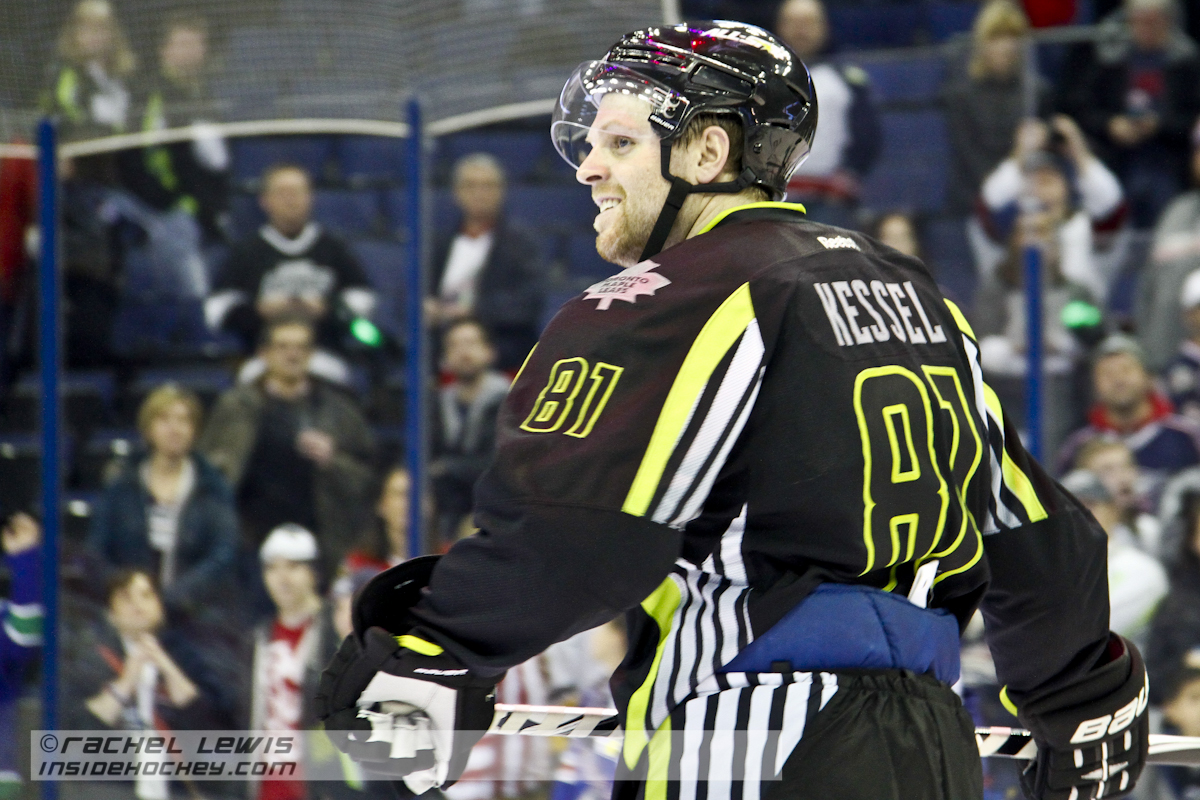 After a fifth consecutive year of falling well short of their postseason goals, the Pittsburgh Penguins emerged from this summer a significantly reshaped team.

Add the return of winger Pascal Dupuis (blood clot) and defenseman Olli Maatta (cancer, shoulder injury), who missed nearly the entirety of last season, as well as good health for No. 1 defenseman Kris Letang (concussion), and the Penguins are a deeper, more talented squad by far than the one that, decimated by injuries, bowed out with four, one-goal losses to the New York Rangers last spring.

Of course, GM Jim Rutherford also made the offseason’s splashiest move on July 1, adding dynamic winger Phil Kessel to play alongside one of the Penguins’ two star centers. No. 81 has landed alongside Pittsburgh captain No. 87 and, if their first preseason game together was any indication, the fit is going to work out just fine.

“Hopefully we can keep it going, eh?” the former Toronto Maple Leaf said, smiling after a two-goal effort in the Penguins’ 7-3 win over the Carolina Hurricanes. “As we go, [the chemistry] will build and we’ll learn some things about each other.

“Sid plays a quick game, obviously. He’s a really fast skater, and you just have to make sure you get open.”

In head coach Mike Johnston’s view, Kessel’s ability to get open was among the most impressive elements of his game.

“[There were] two things that really stood out for me,” Johnston said. “He hits holes off the puck really well. [Forward Chris] Kunitz or Sid [Crosby] get the puck, they turn and Kessel’s already hitting an open spot. It’s like a [football] receiver hitting the hole at the right time. I just thought he was very good at that, if our guys can find him and get to read off of him.

“And just his speed at open ice, he’s got dangerous speed. Everybody knows his shot, but I saw those two other things in his game and I thought those were as impressive.”

For Crosby, Kessel’s vision, combined with his well-known shot – hard, quick-release and accurate – figure to open up opportunities by deflecting defensive attention away.

“Just the way I expected, he’s got a great shot, and he uses it well,” Crosby said. “He sees the ice. Just having a guy who can shoot the puck that well on that side is definitely going to draw attention.”

Johnston also pointed to Kessel’s vision as an underrated aspect of his game, and one that complements his new center.

“The one thing about both of those guys [is], they think the game really well, and they prepare for the game,” Johnston said. “You could hear them on the bench, as a line, starting to talk about what they saw on the ice and what was available. They’re not going to miss a lot so, from game to game, as we prepare as a coaching staff, they prepare as a line.”

Kessel’s first goal in a Penguins sweater unscored his ability to anticipate, as he took a pass from Kunitz with one hand while skating up center ice toward the goal, then deflected it in without ever putting his other hand on the stick.

Players like Crosby know. Now, he has a linemate who thinks the game in a similar way.

“Sid’s a very detailed guy, as you know, and Kessel is exactly the same,” Johnston said. “Even though people don’t think of that, what I’ve seen in Kessel so far is that he thinks the game and has great reads out there. So his instincts during the game, of how to take advantage of a certain defense pair or what he wants to do – I think those guys will work well together.”