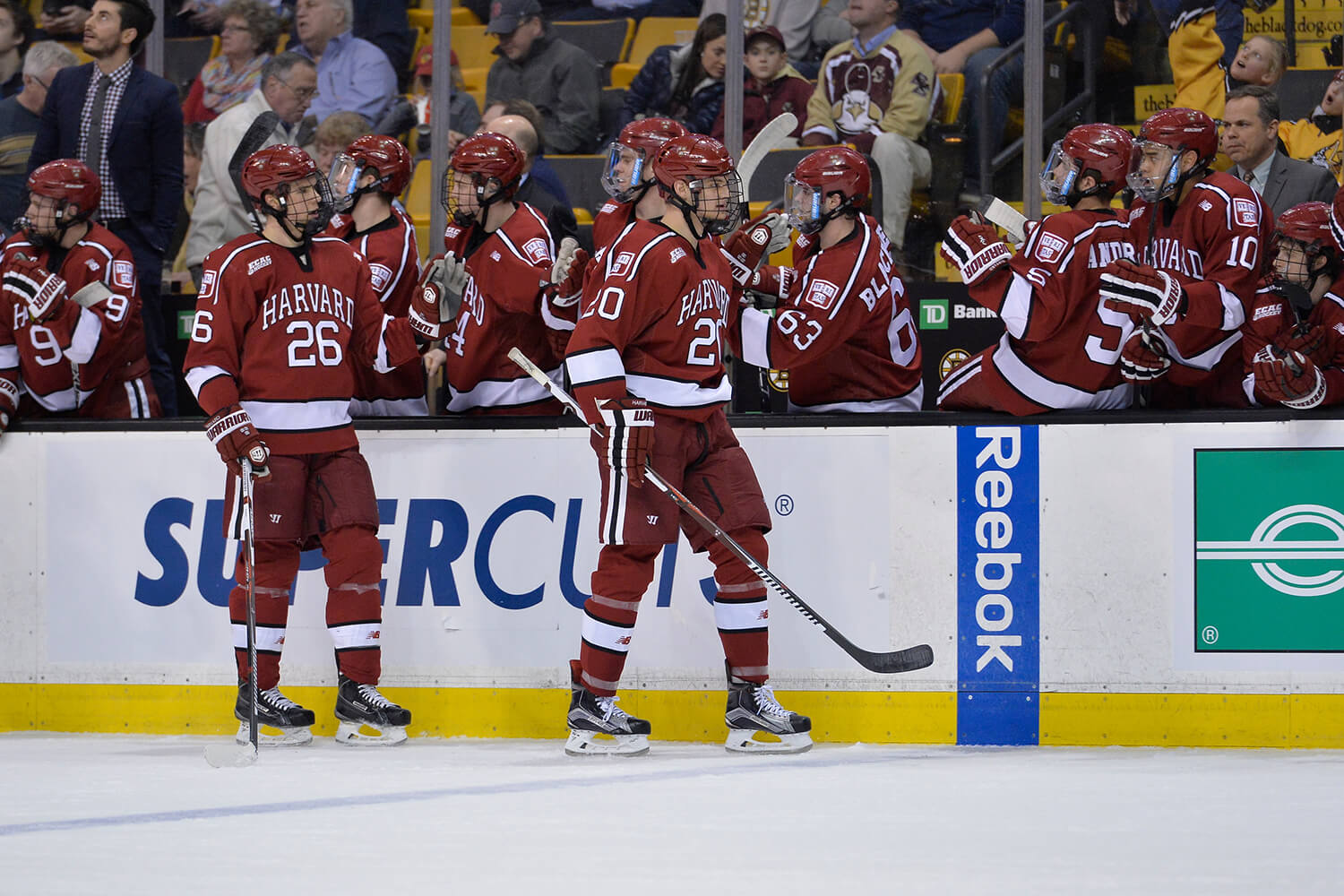 The first Monday of February brings the Beanpot to the Boston Garden, a time-honored tradition in the college hockey world. The four Boston area collegiate teams faceoff looking for an important start to Trophy season. Proceedings got underway late Monday afternoon with a matchup between the Northeastern Huskies and the 4th ranked Harvard Crimson. These teams came in boasting excellent offensive resumes and looking to land an early punch, seeking their first Beanpot championship in decades.

Surprisingly, both teams started the game playing extremely carefully. The top power play teams in the nation each had a two minute man advantage and neither got a shot on net. Northeastern only got six shots on goal while Harvard only tallied five. Both coaches thought their teams played not to attack, but to get their feet under them.

The second period saw the game open up more. After the halfway mark, Harvard started pressuring Northeastern goaltender Ryan Ruck. They were rewarded when Viktor Dombrovskiy dumped the puck into his offensive zone and Alexander Kerfoot accidentally tipped it into the net for a goal. As the period wound down, Jake Horton was called for an interference penalty. Seven seconds later, Northeastern’s Adam Gaudette buried a shot to even the score going into intermission.

The offenses spread their wings fully in the third. For much of it, Harvard looked to pull away and win easily. They scored three times in quick succession. Clay Anderson got a power play goal at 7:39. Tyler Moy scored an even strength goal from the right crease just two minutes after that. And Luke Esposito scored a shorthanded goal after only two more minutes of play. Northeastern refused to go quietly, however. They took advantage of a John Marino holding penalty and got a power play goal from Nolan Stevens.

With time winding down and trailing by two, Northeastern pulled their goaltender for an extra skater. Adam Gaudette scored with 1:33 left on the clock. They kept their net empty in an attempt to get an equalizer goal that never came. Harvard closed out a 4-3 victory for their first victory in a Beanpot preliminary game in many years.

When asked after the game, Crimson coach Robert Ziff said that there was plenty of seasoned leadership in Harvard’s unit that he felt enough confidence for them to close it out after Gaudette’s second goal. Huskies head coach Jim Madigan was disappointed with the loss and the effort from his team in the opening stages of the game.