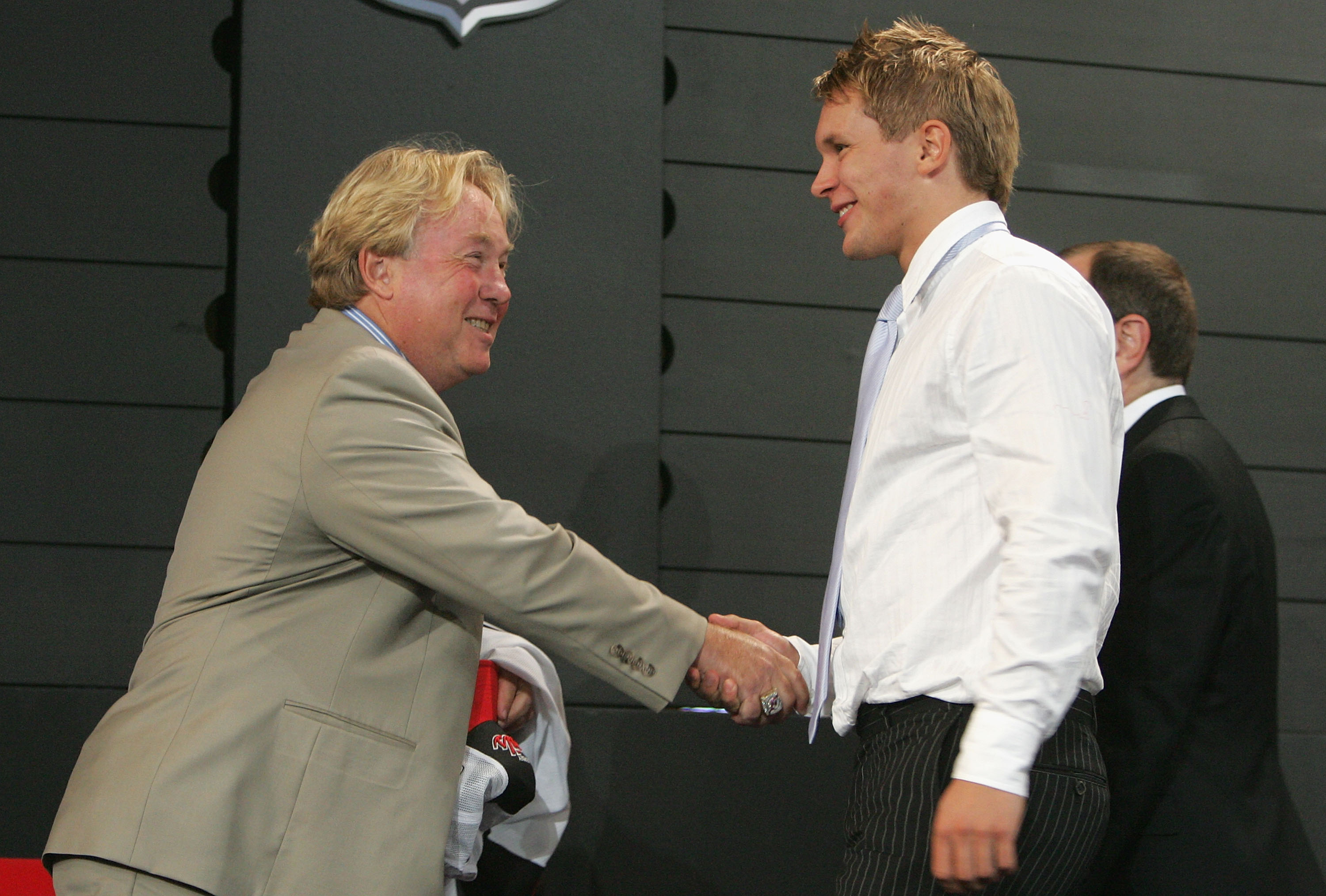 Conte: Lottery Pick is Chance at Redemption for Devils

David Conte enjoyed one of the most successful runs a Director of Scouting could ask for. While at the helm of the Devils’ amateur scouting department, he helped bring in the core pieces that led to three Stanley Cup championships and kept New Jersey a perennial contender for nearly two decades.

In his long career that began with the Capitals in 1979, Conte has seen thousands of players and has been apart of the thorough and exhaustive process that is scouting.

Still, the longtime scout and executive let out a laugh when asked about the Devils holding the first overall pick for the first time since the franchise moved to the Garden State.

“I never got one of those,” he joked.

He wasn’t lying. In his 31 years with the Devils, 22 of which served as the Director of Scouting, Conte never had the opportunity to make the first trip to the podium. In fact, Friday’s historic first overall selection will be the highest the club has had since taking Brendan Shanahan second overall in 1987.

That doesn’t include the likes of  Steve Sullivan (9th-round, 1994) or Willie Mitchell (8th-round, 1996) among others, who were drafted by the Devils but made their mark in the league elsewhere. Conte, who oversaw every draft from 1994-2015, had developed a knack for this inexact science.

“You go into the ninth grade and try to find the best doctor,” he said. “There’s indications, but there’s no guarantee.

While Conte, who has since shifted to the pro scouting side of things with the expansion-Vegas Golden Knights, wouldn’t tip his hat for who his former employer should take with the top selection he noted the impact of a lottery player can be significant.

That pick of redemption is expected to be one of Nico Hischier or Nolan Patrick. The pair of dynamic center’s have battled all season long in the draft rankings. Hischier, who could become the highest Swiss-born drafted player in NHL history, was recently ranked the top prospect by TSN. Last season with Halifax (QMJHL) he scored 86 points in 57 games. Patrick meanwhile, saw his season cut short due to injury. In 33 games with Brandon (WHL), he tallied 46 points and though he played significantly less games, he still finished fifth in team scoring. He has been the top-ranked prospect all year long according to NHL Central Scouting.

Barring something unforeseen, the Devils will exit Friday with one of the two. And it’ll be a welcomed addition for a team that is coming off their worst season in 28 years and is in desperate need for help almost everywhere. Organizationally, drafting hasn’t come with the same success in recent years. Since 2010, Damon Severson is the only remaining drafted player to appear in 100 games with the club. That’s expected to change as Steve Santini, Miles Wood and Pavel Zacha return for their sophomore seasons. But Conte, who regularly scouts the team, knows this is part of the new era.

“There’s nothing reminiscent about the culture of the Devils from Lou Lamoriello’s time to now,” he said. “It’s an entirely different operation in every regard. A good part of the personnel on and off the ice have all moved on. They’re establishing their own culture and this will be a big plus for them to move forward into that.”

As for the lottery, which propelled New Jersey from fifth to first as well as the Flyers from 13 to second and Dallas eighth to third, Conte appreciates the process and intent.

“I like the thought that there is a lottery to prevent someone from tanking,” he said. “I find it offensive that anyone would want to take a process of losing to win. You’re charging money for tickets, you should be trying to do your best to win every game. That’s not to say you should mortgage your future for short-term gain, but it is saying that losing to win.

“Our position in hockey management is to operate with things within our control, not for hoping to win the lottery. That’s like buying a new house and hoping to win the other lottery. Sometimes you just have to go about doing your job.”

Conte will play an unfamiliar role as spectator to Friday’s proceedings, at least on the amateur side of things. Meanwhile, the Devils will hope not just to land on their first pick but also some of the other nine picks they hold this weekend in Chicago.