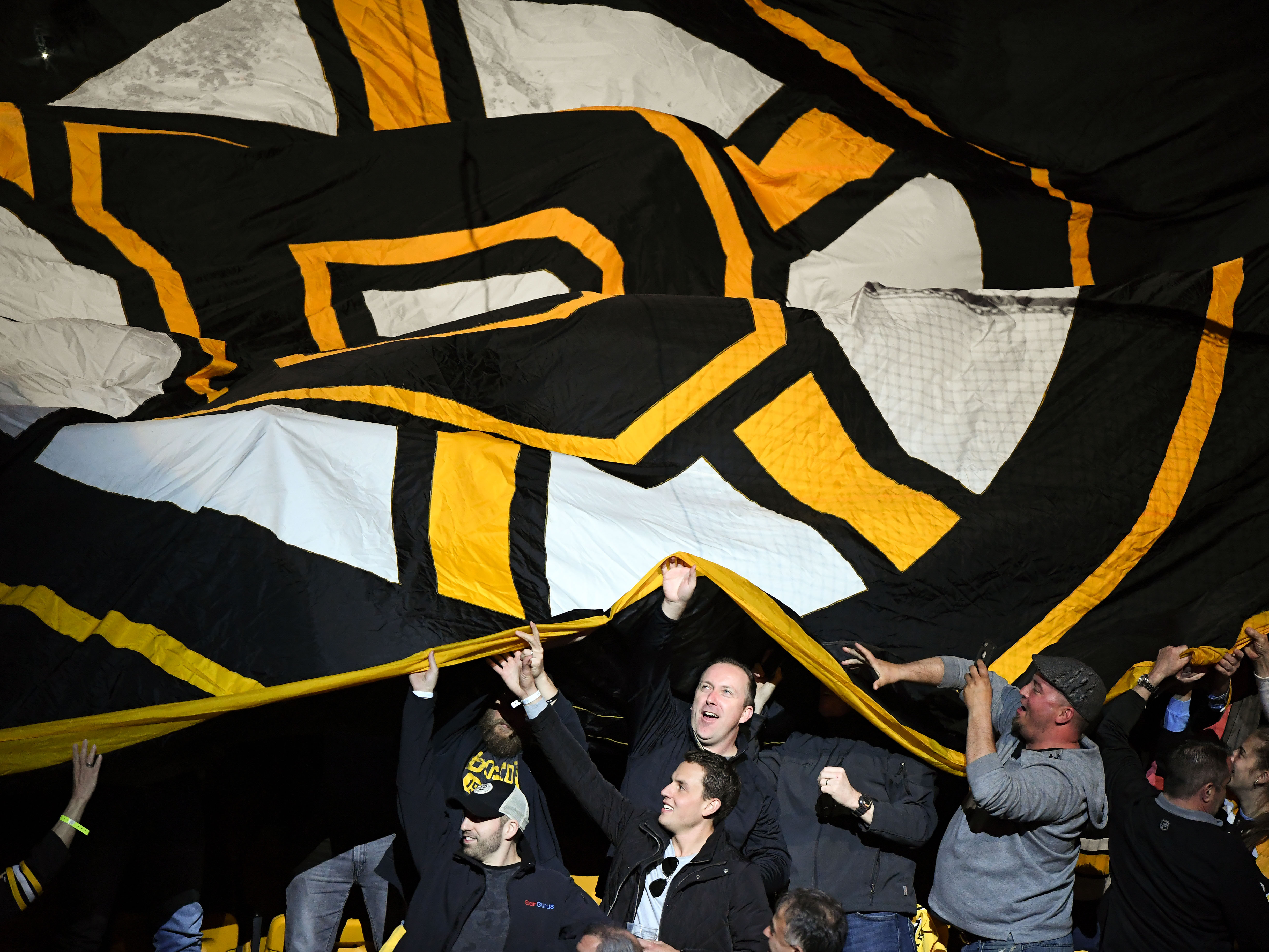 May 4, 2019; Boston, MA; Fans pass a Boston Bruins flag around the arena before a game against the Carolina Hurricanes. Credit: Brian Fluharty-Inside Hockey

Connor Clifton Will Be A Mainstay With The Bruins

With two weeks left until the first preseason game and training camp just around the corner, the Boston Bruins still have some unanswered questions heading into this upcoming season.

Some of those questions are obvious, such as who is going to fill out the bottom-six forward positions and who will get traded before the season officially begins on October 3. However, there are some questions that are less obvious, and arguably, more important. For instance, what will happen if Brandon Carlo and Charlie McAvoy do not sign new contracts during training camp?

That is a scary thought, especially since it was once believed that the two above-mentioned players were penciled in as cornerstones of the franchise for the next 15 years. It is not out of the realm of possibility that McAvoy and Carlo will get locked up by Boston, but one must wonder why it is taking so long.

Both Carlo and McAvoy are restricted free agents, so that makes things a little bit more difficult for another team to come in and swoop the blue liners away from the Bruins. At the same time, stranger things have happened.

The best-case scenario is that both players get signed, which will further cement the greatest strength of this team: depth on defense. The Bruins have a plethora of young defensemen in the system that are knocking on the door to cracking the lineup on opening night.

One of those kids already has a leg up on the competition, and that player is Connor Clifton.

The 24-year-old New Jersey native burst onto the scene during the 2018-19 regular season when he made his debut in mid-November.  Although the points did not necessarily come at a premium during his first stint with the big club, it truly looked like he belonged in the National Hockey League.

Clifton plays a very physical game, which is somewhat surprising for a defenseman who only stands 5’11” and weighs roughly 175 lbs. He is not afraid to step up and help in the offensive zone, and he holds his own along the boards against bigger forwards. He could use some work on the penalty kill, but Clifton is an elite prospect who transitioned seamlessly to the NHL.

Clifton really stepped up in the playoffs when called upon. He registered two goals and three assists in 18 postseason games, including a huge goal in Game 1 of the Stanley Cup Finals. Yes, the Bruins fell in seven games to the St. Louis Blues. Heartbreaking defeat, no question about it.

If you are going to take the positives away from that deep Cup run, however, then one should feel very confident and secure in the future of the Bruins. When a player like Clifton steps into the lineup with relatively low expectations and outright exceeds them, it shows that this player is special and can handle the big stage.

The folks in upper management clearly see something in this player because they rewarded him with a three-year contract extension worth $3 million. Although Clifton has had a small exposure to the NHL, he certainly took his opportunity and skated off with it. With the long-term security, let’s see how he can handle the pressure of a full season and consistent minutes with the team.

When Zdeno Chara does eventually move on from the game of hockey and certain injury-prone players are unable to remain productive for the Black and Gold (specifically John Moore and Kevan Miller), head coach Bruce Cassidy and the rest of the Bruins’ organization can have confidence in the new core on the blue line.

Clifton should absolutely be included in that discussion.