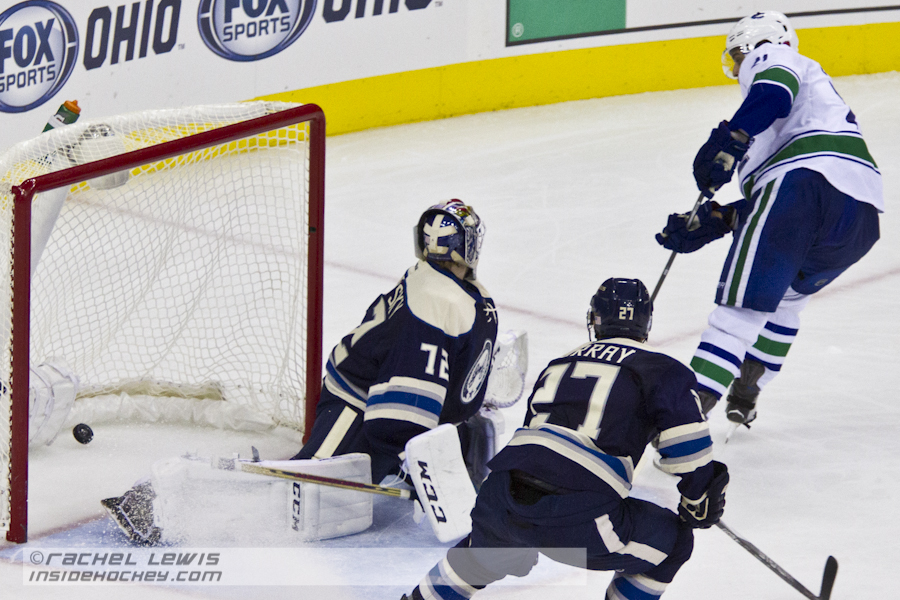 As we are in the holiday season, and the Columbus Blue Jackets are mired with the National Hockey League’s (NHL’s) worst record at 13-21-3, it seems fitting that they should reap the greatest rewards during this festive period.

It’s safe to say that, given the high expectations of the upcoming season, particularly with a healthy roster, something that they were not afforded during the previous season when they were the runaway winner of the statistic ‘man games lost to injury’, this season has been an unmitigated disaster.

The Blue Jackets opened with an ignominious 0-7-0 start, a horrific start in which they were outscored by at least 2 goals in every loss and led to the firing of head coach Todd Richards.

Richards was replaced by John Tortorella, a man who is equally known as both a very good coach and a coach who can get under many a player’s skin and can, in time, wear out his welcome. Tortorella is also known for instilling a defense-first, in-your-face, “positive arrogance” atmosphere in all of the teams that he has coached.

And while the Blue Jackets have not exactly reaped the benefits of the phenomenon known as ‘new coach bounce’ with a 13-14-3 record since Tortorella arrived, they are playing a more honest, competitive game. However, what Tortorella hasn’t been able to do is to completely strip the fragility of the 0-7-0 start and has struggled with having this seemingly gritty, competitive group that competes game in, game out or during each period of a game.

This can be demonstrated by their +/- goal differential through the first 38 games of this season:

So, while the team appears to ‘stick to the plan’ that Tortorella lays out for them in the 1st period, it quickly falls to the wayside as soon as their opponents impose their will in the form of a ‘push’, a sign of continued issues with fragility and an overall lack of discipline as they also lead the NHL in penalty minutes.

There is also one other overarching issue which casts a cloud over any hopes for the Blue Jackets to ignite a 2nd half surge, at least one that doesn’t impact any chances at obtaining one of the premier prospects in the upcoming 2016 NHL Entry Draft, something their 15-1-1 last season surge when the season was nearly mathematically lost, cost their chances of obtaining one of the premier amateur talents from the 2015 NHL Entry Draft, a draft which was considered the best draft since the 2003 NHL Entry Draft and that is the situation that deals with their top-line center and former 4th overall (2010 NHL Entry Draft) pick, Ryan Johansen.

The Blue Jackets were reportedly shopping Johansen right up until the NHL’s trade freeze kicked in but found no takers, something which, given concerns throughout the league as to Johansen’s attitude, conditioning, and overall work ethic as well as the lack of leverage that comes with possessing the NHL’s worst record, comes as no surprise. The Blue Jackets may opt to wait until the end of the season for salary cap management purposes or possibly at the NHL’s annual trade deadline.  Either way, ‘the horse is out of the barn’ and Johansen has run into Tortorella’s ‘doghouse’, having been a healthy scratch (being benched not due to an injury) as well as now laboring on the Blue Jackets bottom two forward lines, this for the former no. 1 center on their top forward line.

The Blue Jackets have also been coping with yet another long-term injury to their starting goaltender, Sergei Bobrovsky. Bobrovsky has been a fixture to the Injured Reserve (IR) corps for most of his seasons in Columbus, primarily due to groin injuries and suffered a setback just before being activated on January 2nd.

So, while the list is a bit lengthy – this occurs when the expectations are so high and the performance is so disappointing – here is a synopsis of the Columbus Blue Jackets Holiday Wish list for the 2016 New Year:

Part of the reason for a serviceable and not top-notch backup could be due to the salary cap restrictions associated with a smaller-market NHL team like Columbus, as well as signing Bobrovsky to an $8.5 million/season contract in 2015 to go and get a more desirable backup which would obviously cost more to obtain.  It could also be due to what occurred when Bobrovsky was with the Philadelphia Flyers.  The Flyers acquired via free agency Ilya Bryzgalov who, at the time, was one of the most sought-after goalies in the NHL.  Acquiring Bryzgalov jettisoned Bobrovsky to the bench (as backup) where he struggled in the new role.  As goaltenders are oft-compared to baseball pitchers, where confidence is paramount, bringing in a more highly-regarded backup could shake Bobrovsky’s confidence and could cause a goaltending controversy that isn’t needed for the struggling squad.  However, if Bobrovsky is going to warrant such a large contract and ward off the threat of a backup capable of possibly taking over his job, he has to stay healthy and his current decision to use his own off-season training regimen didn’t exactly work out.

However, a few things happened along the way: the ‘Brick by Brick’ philosophy didn’t exactly occur, as the Blue Jackets narrowly missed the playoffs in Davidson’s first season in charge of hockey operations and made the playoffs in his second season. It was then believed, were it not for a run of injuries, that the Blue Jackets would have made the playoffs for two consecutive seasons.  However, given the disastrous start and less than stellar ability of the team to live up to its expectations, it may be time to return to the ‘Brick by Brick’ philosophy and opt to rebuild the team in the original manner as was the case in 2012, when Davidson arrived.

What that entails, given that the Blue Jackets are a mere $2 million under the NHL’s salary cap ceiling, is to trade off veteran players in return for prospects and high draft choices. Players such as Jack Johnson, Fedor Tyutin, Johansen and Cam Atkinson who, while possessing a very desirable salary cap hit, could also, in a package deal, garner players and an organizational identity which the Blue Jackets can build upon, ‘Brick by Brick’.

Receiving all of the presents on this holiday wish list won’t come easy. Changing the fortunes of a struggling team rarely ever does come easy; however, if the Blue Jackets can grasp for these organizational goals, the organization’s future will indeed be bright, much like the joy that comes with receiving holidays gifts, in this case, the ultimate gift, hoisting the Stanley Cup.