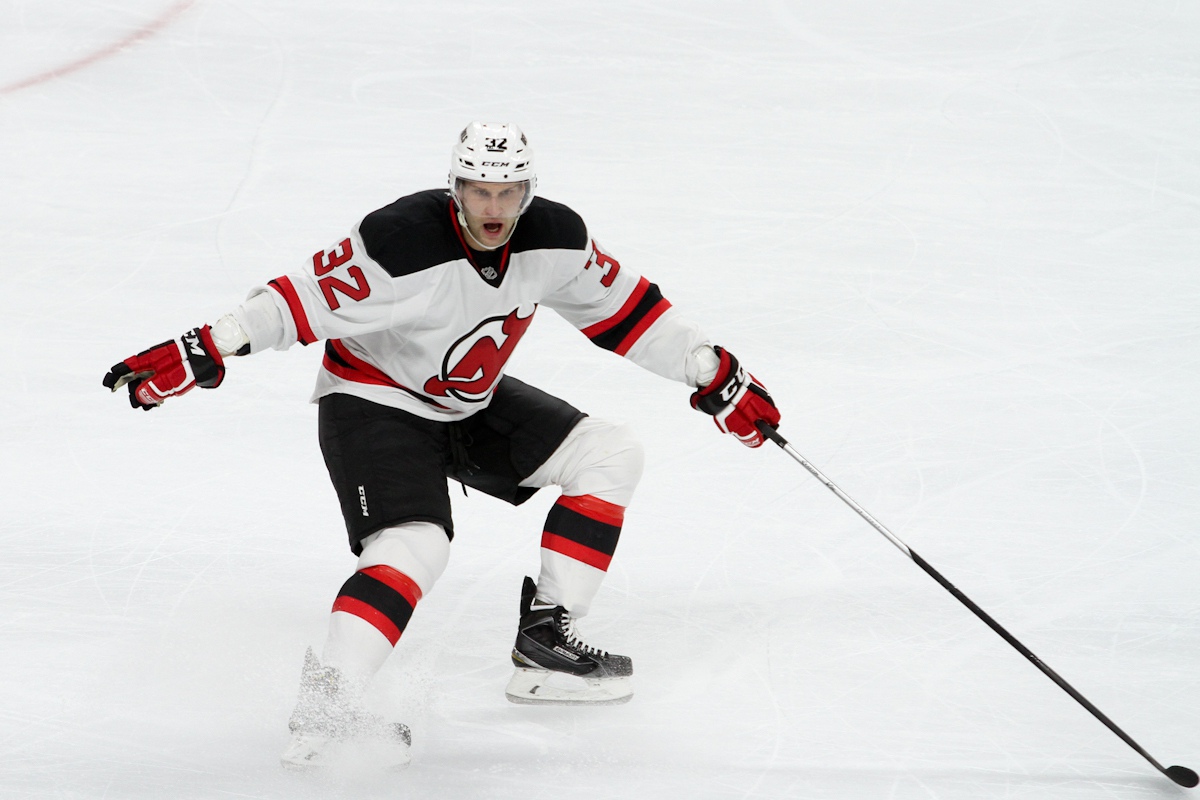 On Wednesday night at Devils’ development camp, Raider Charlie Finn left his room for a few minutes. When Finn returned, he found he was locked out.

“It was more by accident. He went to go check the schedule and get some food,” Colgate’s Ryan Johnston said.

Johnston heard a few knocks on the door, but assumed someone was knocking on fellow Raider Darcy Murphy’s door.

“I just sat there and listened to it for about a couple minutes and then I realized, oh, someone must actually be at the door,” Johnston said, laughing.

“As soon as I open up the door, he opens up his mouth and he’s like, ‘What the heck man?’ So it was unintentional but it was funny.”

Johnston, Murphy and Finn roomed together during the week-long camp. For Finn, it was a chance to spend some of his summer with his teammates, who he doesn’t see during the off months. Finn hails from North Vancouver, while most of his Colgate teammates are from the East Coast.

“It’s like we never left Colgate,” Finn said. “We give each other a hard time, there’s a few pranks here and there. … But it’s all in good fun.”

Murphy and Johnston, part of Colgate’s seven-member rising junior class, have played together for two years in maroon and white. Murphy is a forward, while Johnston is one of two Colgate junior defensemen.

“On the ice you know where they are,” Johnston said. “[Knowing] the outlet options and the routes [Darcy] takes helps. Charlie, [I know] the way that he plays the puck.

“It just makes it a little more easier and more comfortable here. There’s a lot of good guys and there’s a lot of talented people around, especially the coaching staff, so it relieves some of the tension.”

Finn is using the camp to take tips on positioning. He started last season splitting starts with senior Eric Mihalik before taking over the starting job. Finn recorded a 16-8-4 record with Colgate in his freshman campaign.

He spent three years in the OJHL and was named the league’s best goalkeeper twice. Last season, the 21-year-old was named to the ECAC All-Rookie Team.

“[I’m] trying to stay as aggressive as possible on the shooter,” Finn said. “And I’m trying to gain the ground as fast as possible, rather than slowly come out and challenge them. Get there quickly and set and then follow them back.”

Murphy, who was a forward on Colgate’s second line last season, said he paid attention to hitting pucks of the glass and not turning the puck over.

“It’s a great experience,” Murphy said. “You’ve got a lot of tips from the coaches, who are great, and you’re just able to take a lot away from it that normally you wouldn’t experience.”

The forward, who had a chance to show his skills in drills and shootouts, led the OJHL in goals in 2011-12.

During the week, the three players participated in various drills and scrimmages.

Johnston, one of Colgate’s underclassmen defensemen last season, said he’s trying to apply what he sees from everyone else at this camp. The Sudbury, Ontario, native was named the CCHL Defenseman of the Year and playoff MVP in 2012.

“As you grow up through each league, you see everyone’s skills improving,” Johnston said. “Now there isn’t anyone who can’t really skate anymore. There are some better skaters and better shots, but everyone’s an all-around player.”

“It’ll help to see different teaching styles and how different teams play, whether it’s the offensive [or] defensive,” Johnston said. ”There’s three people from my team [who] went to Detroit camp, so they’re very controlled, don’t give up the puck, whereas other teams are more run and gun.”

Last season, the Raiders finished 20-14-5 and appeared in the ECAC title game. Colgate compiled a 14-5-3 record in the second half, propelling the Raiders to an NCAA tournament appearance.

Six of the players invited to development camps are members of Colgate’s rising junior class.

“It’s a testament to the young talent we have on our team,” Finn said.

“[It] really gets me excited for the season coming up, and I think everyone feels the same way. We’re really excited to make a push for a championship and hopefully prove that we’ve gotten better than last year and that we’re working towards something.”