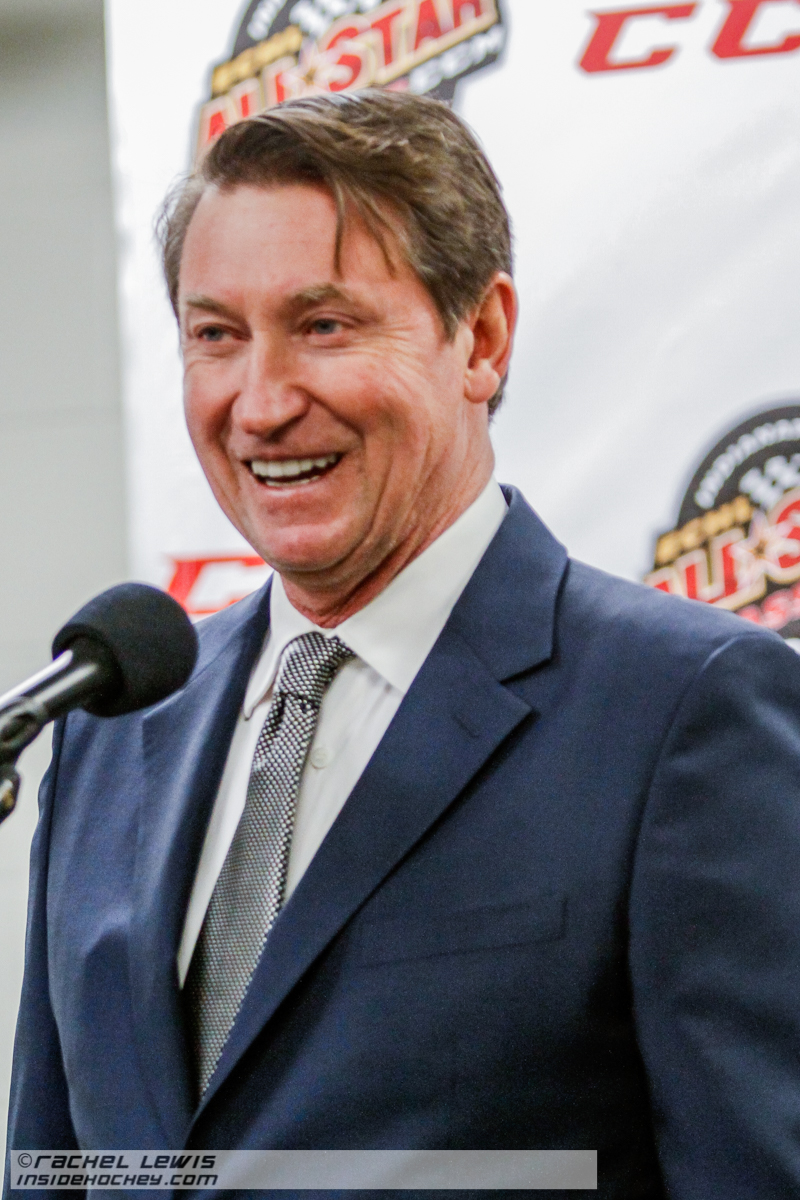 Wayne Gretzky meets with the media prior to the 2018 ECHL All-Star Classic. Gretzky got his start playing in Indianapolis.

Class In Session with No. 99

That experience, which includes five Stanley Cup championships, is coming to the viewing public through MasterClass, the streaming platform announced on Thursday.

Gretzky, 60, will teach a class on the mindset of an athlete. He’ll share personal accounts of his storied career which spanned from 1979-80 through 1998-99 and included his championship and defining years with the Edmonton Oilers, eight years in Los Angeles, helping change the landscape of hockey in the United States and California before closing out his career with the St. Louis Blues and New York Rangers.

In his class, he’ll share his physical and mental habits that helped lead ‘The Great One’ to five Stanley Cup championships and seemingly every record the NHL has counted among skaters. And while the teachings are aimed with a pro athlete in mind and from the perspective of one of the most recognizable figures in the history of professional athletics, that doesn’t mean it’s not transferrable material for other walks of life or aspirations.

“You have to have a belief in what you want to accomplish,” Gretzky said in the MasterClass introductory video.“You don’t have to be an athlete to make an athlete’s mindset work for you. If you have a love and a passion for something, the rewards are endless.”

Among the topics the winner of multiple hardware including 10 Art Ross’, and nine Hart’s, he’ll go into how to set attainable goals, setting expectations, being a difference maker and one class about his most famous quote, “You Miss 100% of the Shots You Don’t Take.”

Since his retirement from the game, 99 has served as a minority owner for the Coyotes from 2000-01 through 2008-09 and served as the club’s head coach for four seasons beginning after the lockout in 2005-06. He’s also served as the General Manager for Team Canada at the Olympics in 2006 and the Gold Medal-winning team in Salt Lake City in 2002.

Though he remains an Alternate Governor of the Oilers, he has been rumored to possibly joining ESPN and TNT when the NHL’s new television rights package in the United States begins for the 2021-22 season, though neither side has appeared to land his services to this point.