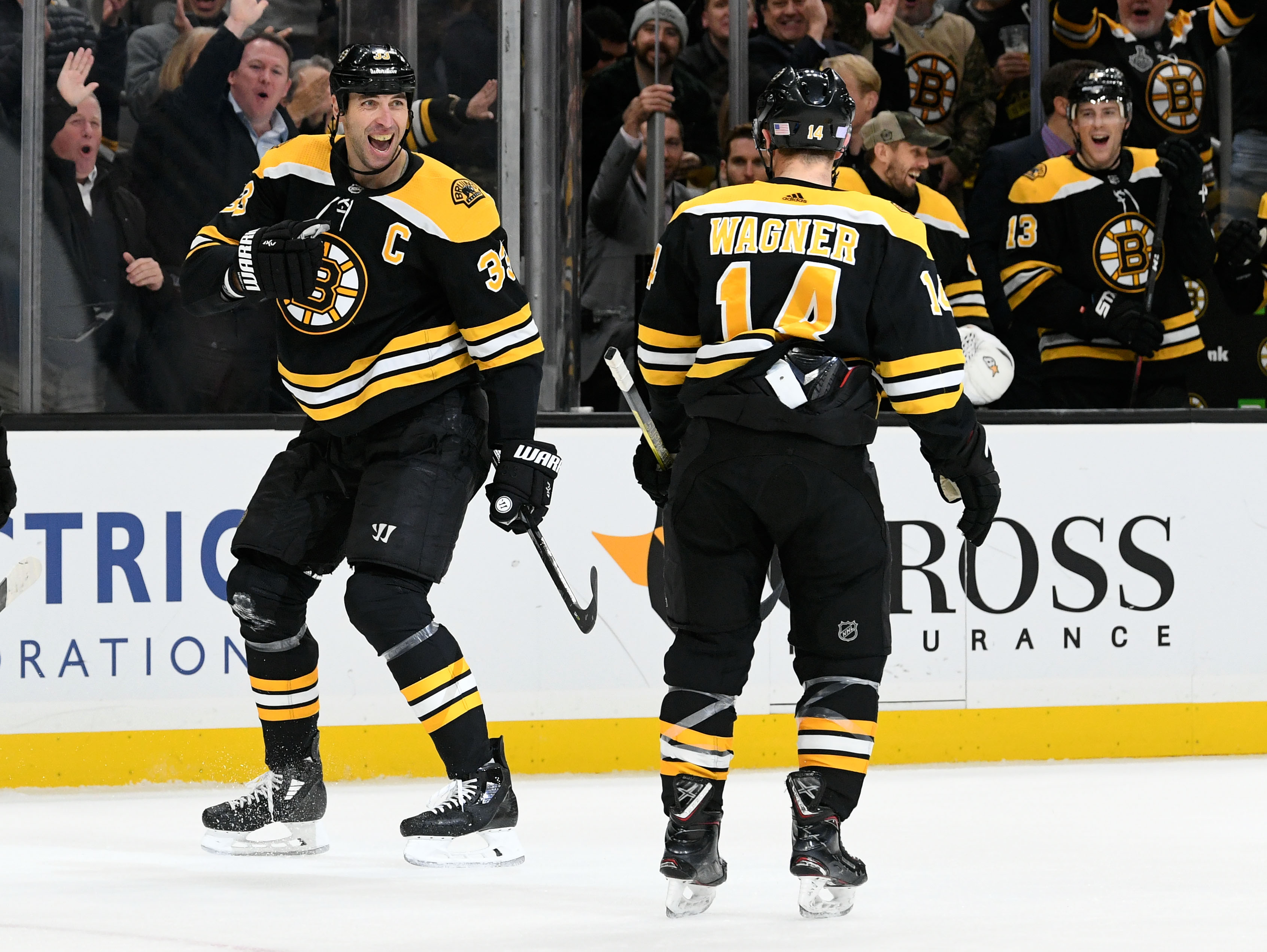 They say attitude reflects leadership. By default, the Boston Bruins possess a strong work ethic and an eagerness to get better every single game. Those are great qualities to have in order to develop a positive attitude.

All of this stems from the leadership of the Bruins. They have a captain worthy of that title.

Zdeno Chara, who has donned the “C” on his sweater since the 2006-07 season, signed with Boston as a free agent in July of that same year. He has been one of the hardest working players in the entire National Hockey League ever since.

No one is saying that he was not that type of guy during his years in New York and Ottawa, but the spotlight was shined that much brighter on him here in Boston. The expectations were high and he was dubbed one of the saviors of the franchise during the time when the team was not exactly thriving.

Chara exceed expectations, and then some.

When the Bruins won the Stanley Cup back in 2011, it had been 39 years since the greatest trophy in all of sports made its return to Beantown. Although several other key players made a huge impact in winning that final series against the Vancouver Canucks, Chara was a workhorse. While averaging over 25 minutes of ice time, the Czechoslovakian native was a force to be reckoned with on the blue line.

To be honest, not much has changed…even at the ripe age of 42.

The 6’9”, left-shot defenseman is having a solid year thus far in 2019-20. It is one of those things where the focus has been heavily on David Pastrnak and his career year that the production the team is receiving from the captain is flying under the radar.

Chara is still logging ample minutes against the opposition’s top lines and on the penalty kill. He has skated in all 33 games so far this season, recording five goals and eight assists for 13 points. Chara posted only 14 total points last season, so he is clearly on pace to surpass those numbers. More importantly, Chara leads the Bruins—and is currently ranked second in the NHL—with a plus-19 rating. The B’s captain recently joined an elite club of players who have skated in over 1,500 NHL games in their careers.

Yet, as demonstrated twice this past week, he still possesses the willingness to stick up for his teammates and drop the gloves.

While a second Norris Trophy is mostly likely out of the question, it does not mean that this guy is not beneficial to the team. After all, he was nominated for six total Norris Trophies throughout the duration of his career. The Bruins are a better team with Chara, no question about it.

Above all else, he has the respect of not only his teammates, but the rest of the NHL and the fans alike. Just take a look at what happened during the Stanley Cup Finals this past June. Chara was struck in the face by a puck in Game 4, which left his jaw shattered. He did return to the bench in that game, but did not skate a shift in the third period. When the B’s and St. Louis Blues returned to the ice for Game 5 back in Boston, Chara started the game and received the loudest crowd ovation in recent memory when introductions were made prior to puck drop.

He is a tough dude. The pain and discomfort resulting from the broken jaw he sustained must have been unbearable. For Chara, it was just another day in the life of a professional hockey player.

It is safe to assume that Chara and the Bruins organization are going to take things one year at a time in terms of contract. With Chara now in his 22nd NHL season, that is the smartest approach to this unique situation. He signed a one-year extension back in March worth $2 million and an additional $1.75 million in performance-based incentives. The deal runs through the end of this season.

Sure, there are a lot of miles put on the truck-sized defenseman over the years. However, Chara has the reputation of taking care of himself and staying in great shape. Unless there is a significant dip in performance, there is no reason why the Bruins should not keep up with the year-to-year strategy.

Brandon Carlo, Connor Clifton, and Jeremy Lauzon are the future of the organization in terms of true, stay-at-home defensemen. Judging from what we have seen so far out of these young players, the future looks promising. The shutdown defenseman seems to be a dying breed, but Chara assisting in the development of these players could resurrect the position.

In the meantime, let’s enjoy watching the remaining years of one of the greatest hockey players at his position. Chara still has plenty left in the tank.