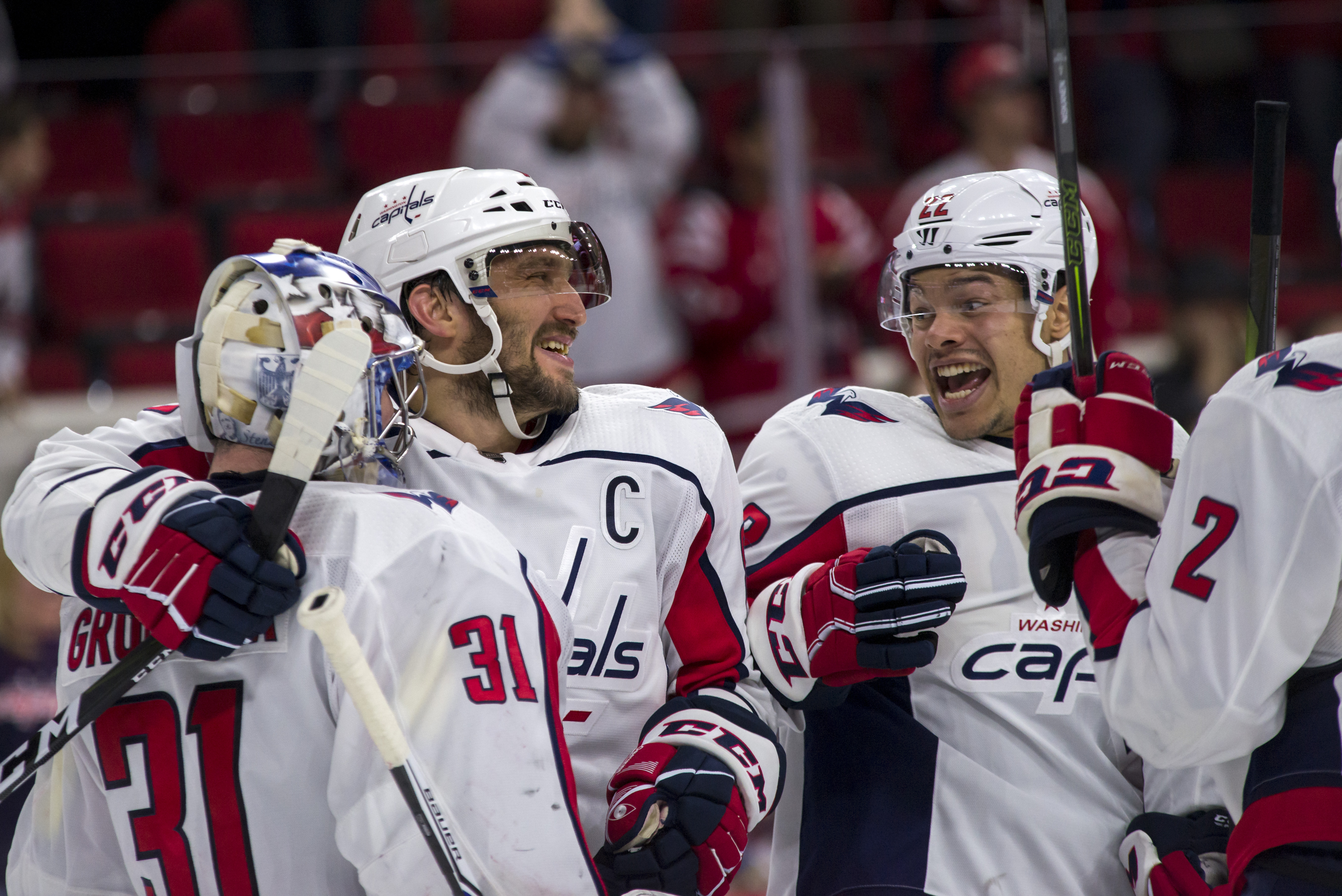 ALEX OVECHKIN (8) celebrates with PHILIPP GRUBAUER (31) and MADISON BOWEY (22) after a comeback win against the Carolina Hurricanes at PNC Arena. The Capitals beat the Hurricanes 4-3.

The Washington Capitals and the Toronto Maple Leafs will face each other Saturday night in the Coors Light Stadium Series outdoor game in the Naval Academy’s Navy-Marine Corps Memorial Stadium.

This will be the third outdoor game for both franchises. Both teams are 2-0 in outdoor games.

The Maple Leafs beat the Red Wings in the rematch in the 2017 NHL Centennial Classic in BMO Stadium in Toronto 5 to 4 in overtime.   Auston Matthews scored the game-winning goal.  Matthews is the second leading scorer for Toronto (28-22-50).  It was his second goal of the game.  Michael Marner, the team’s leading scorer (17-36-53), also scored in the game.

Washington won the 2011 Bridgestone Winter Classic verses Pittsburgh 3 to 1 in Heinz Field.  The game had originally been scheduled for 1:00 p.m., but due to concerns about rain, on December 31 the game was shifted to 8 pm.  The forecast for this year’s game, also starting at 8 pm,  is a windy low of 31 degrees.

The Capitals beat the Blackhawks in the 2015 Winter Classic in Nationals Stadium in Washington DC 3 to 2 when Troy Brouwer scored the go-ahead goal with 13 seconds remaining in regulation play.  Alex Ovechkin, the Capitals’ leading scorer (39-32-71), had the primary assist on the game-winning goal.

The Capitals and the Maple Leafs played in the first round of last year’s Stanley Cup Playoffs.  This was the first-ever post-season matchup between the two clubs. Washington won the series 4-2, which included five games decided in overtime.