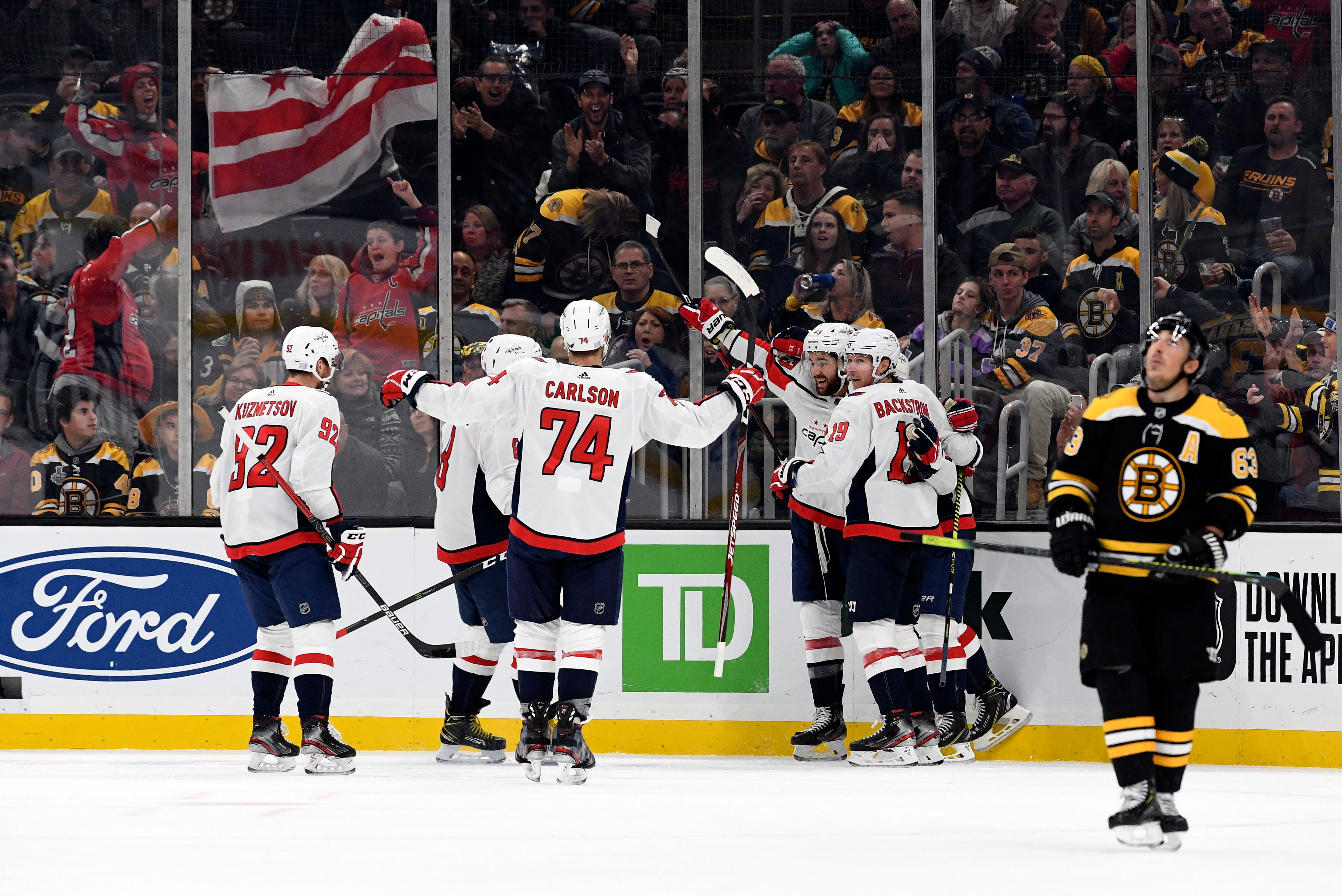 No, the third time wasn’t the charm. And no, the Caps didn’t give them everything they could. Far from it in fact. But for a team that’s emerged as the class of the East, it didn’t really matter.

Washington’s big four up front–Alex Ovechkin, Nicklas Backstrom, T.J. Oshie and Tom Wilson combined for one point Saturday afternoon at the Rock. But even holding the big guns in-check on the day wasn’t enough for the Devils, who fell to the for the third time in as many meetings with the Capitals.

The disastrous first period including a 3-0 hole in the opening 13:40 of play didn’t come from the usual sources of the Caps menacing offense. Garnett Hathaway found open-ice 3:36 in and Daniel Sprong tipped-in a Brendan Dillon point-shot minutes later. A Will Butcher giveaway in the opening frame of his return to the lineup led to the three-on-one Lars Eller tally.

Nico Hischier scored before the end of the first 20 to inject life and perhaps keep a Mackenzie Blackwood pulling, but even with a strong showing in the proceeding 40, bad starts of that proportion are rarely rewarded and today was no exception.

“We weren’t ready to play, we weren’t ready to compete,” said Lindy Ruff. “We turned a lot of pucks over. It looked like we wanted to be more of a fancy team because our wall battles weren’t great to start the game. I thought the last 40, that’s the team I like to see. But totally unacceptable the first 20.

“As a group, really from the goalie out, that first period was about as bad as I’ve seen out of our group.”

Ruff said Blackwood was perhaps a fourth first period goal or a 3-0 hole at the end of the first away from being swapped out in favor for Aaron Dell, who might already be the starter on the second-half of a back-to-back.

Two things though were apparent on the day: 1) The Devils hit the snooze button on the early start, and 2) The Caps remain the measuring stick that just could reap a strong lesson-meets-reward, assuming they can find a way to skate passed them in one of their next five meetings, resuming tomorrow.

“We just can’t give them easy offense and that’s what happened in the first,” Travis Zajac said. “I had a turnover, it was high in the zone and it leads to a goal. That’s go-time for them, when teams turn the puck over and they can make plays and come up the ice on an odd-man rush.

“If we can take that out of our game, we limit their offense and going forward, once we did that you could see we were able to make some more plays, we played with the puck more.”

Those things will have to leave the Devils game to avoid an encore on Sunday. That offense is unlikely to be silenced on back-to-back outings.

Still, the depth of the Caps just might position them as the class of the NHL’s East division, presently sitting atop the standings with 11 wins and points in 15 of 20 games.

Hischier, one of two Devils scorers took a P.K. Subban blast on the power play in the third and did not return to play for the game’s final 4:23. Ruff did not have an update but said he’s hopeful the puck hitting the visor avoided significant damage. The availability of 13 on Sunday will thus be to be determined. Always concerning to lose one of your top centers, it may prove to be especially true after a difficult game for the Hughes’ line.

“When you have two lines that can create maybe an equal amount offensively–you might even see the Hischier line pass the Hughes’ line some nights. It’s based on how well those lines are going.”

No such issues on this day for the Caps four lines, who got three of five goals from its bottom-six and had just two forwards play under 12 minutes.

You don’t just become the Caps in a day or season, the Devils know that. It’s not a stepping stone, it’s looking to be the top of the hill.