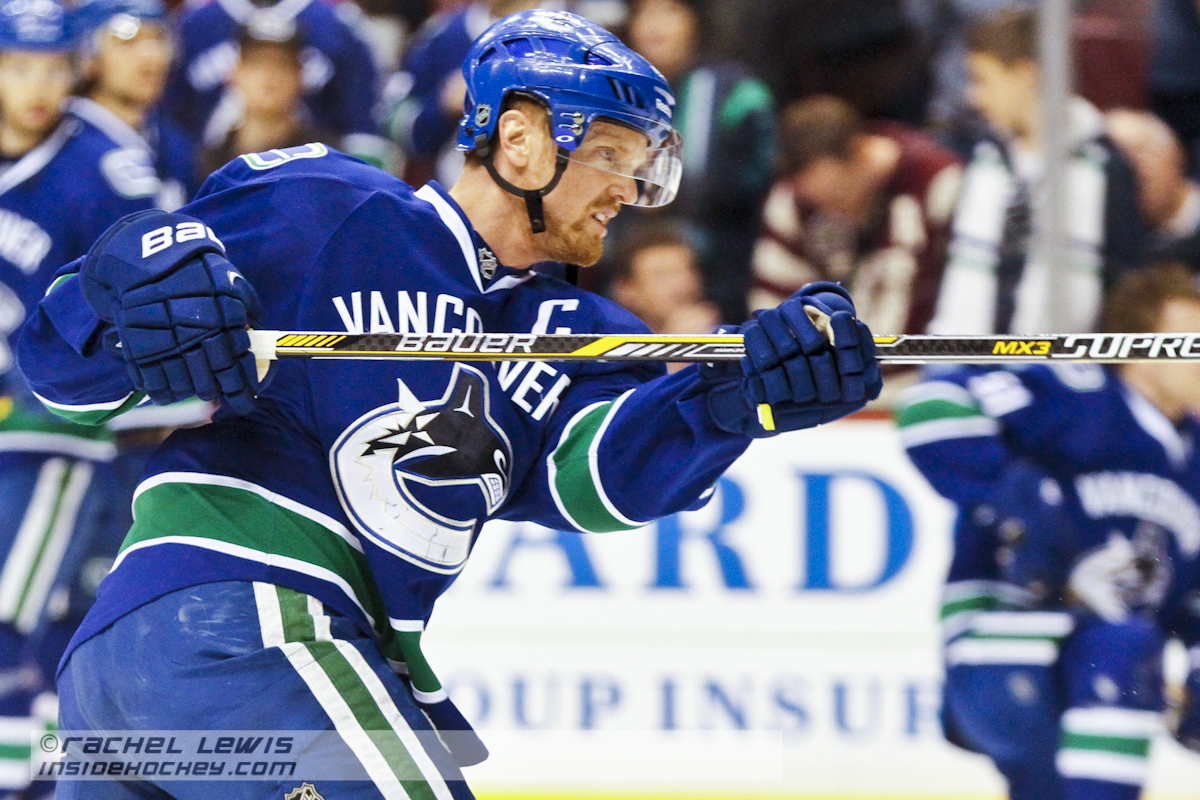 The final score on Saturday night was 5-2 for Washington, but there was a definite sense of relief when the Canucks scored their two goals. This was the fifth game of the Canucks’ low-scoring five game losing streak, a string of games which has shifted the atmosphere around the team away from the sense of excitement that was present during the first few games of the season.

The Canucks had one of the best starts to a season they’ve ever had, beating Calgary, Carolina, St. Louis, and Buffalo in their first four games. Things looked promising, and many began to believe that the Canucks would do better this season than has been predicted. But then the Canucks lost five in a row, and those feelings of excitement have diminished – at least amongst fans – significantly.

One of the main issues has been scoring. Through their five losses the Canucks scored only seven goals, and were shutout in two games back-to-back. There are several players who have yet to score, most notably new Canuck Loui Eriksson and Sven Baertschi. While it was expected that Eriksson and the Sedins would play together (and be quite successful together), head coach Willie Desjardins has talked about how they have yet to find a good match for Eriksson, a former 30-goal scorer, on a line.

“There’s always pressure and I have to do a better job getting shots and taking shots. It’s always been my style to be around the net, but right now it feels like I’m not getting pucks the right way, so we need to do something different,” Eriksson told The Province. “But I’m still going to do the same things and I know it will be good here when I get that first goal. I just have to stay focused and keep my confidence. Coming into a new team is a little tough, but there are a lot of games and I just have to find mine. I had the same feeling my first year in Boston.”

“It was fine the first four games when we were winning. Now it’s a little tougher on me (mentally),” he told the Vancouver Sun about his struggle to score. “There’s got to be a sense of urgency for us. I think that’s the most important part. I don’t think we’ve played well enough the last few games. The way we started the season, I think we were competing better and our structure was great. We were fighting for pucks. The last few games, at times we got away from our structure and it cost us.”

In terms of those on the team who are scoring, Henrik Sedin and Brandon Sutter currently lead the team in points with five each, and Bo Horvat leads the team in goals with four.

The next few games will be quite important as the Canucks look to break this five game losing streak. The team starts a six game road trip on Wednesday with a game against Montreal, which is nearly guaranteed to be a tough match-up, as Montreal (8-0-1) is currently one of the hottest teams in the league. The Canucks then go on to face Ottawa, Toronto, the New York Islanders, the New York Rangers, and Detroit before heading back to Vancouver.

“You don’t want to regret (at the end of the season) that you didn’t give it your all for a little span at the beginning,” said Baertschi.

“All we can do is push each other and hold each other accountable, and get through this together.”