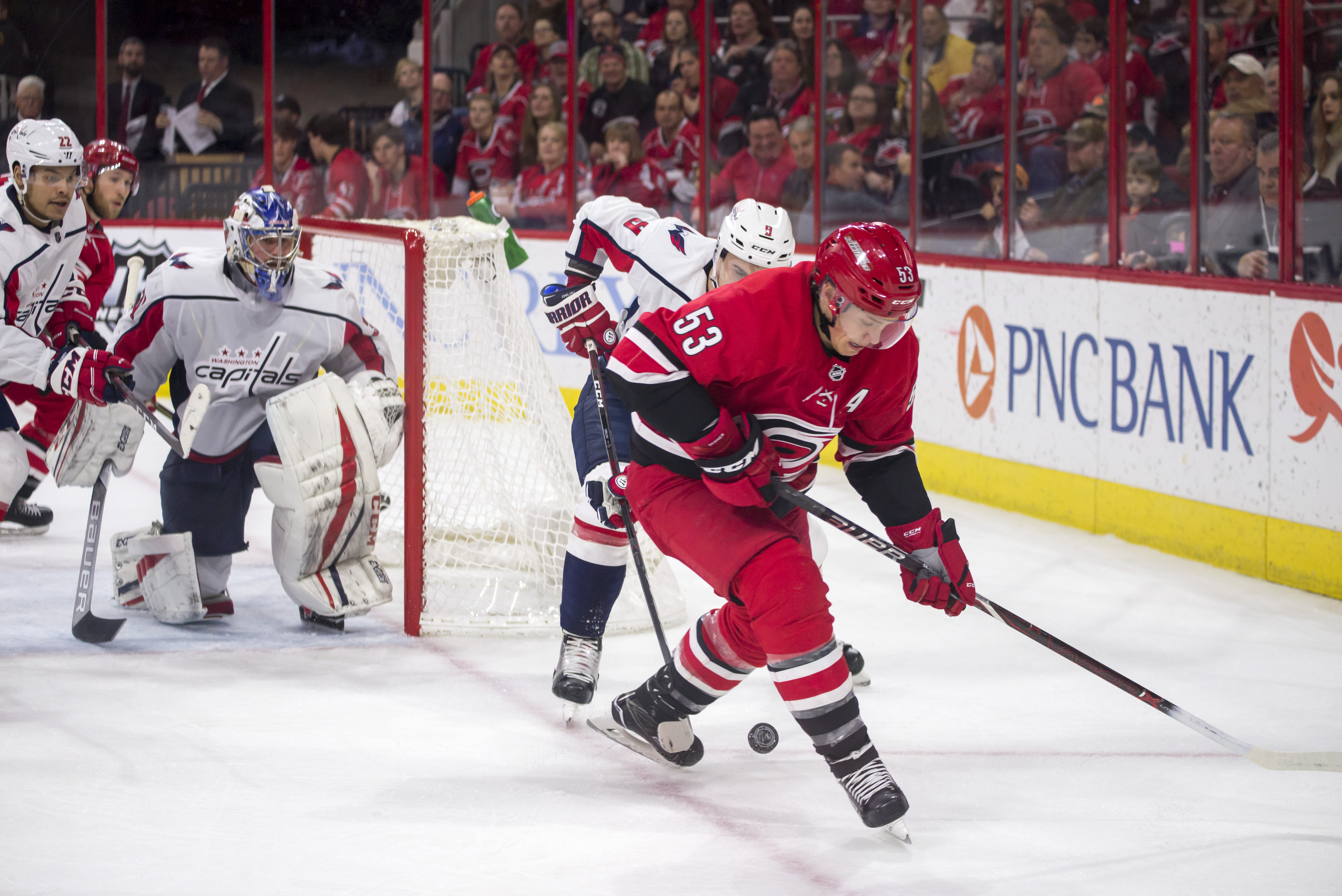 JEFF SKINNER (53) and DMITRY ORLOV, fight for the puck during a game between the Carolina Hurricanes and Washington Capitals at PNC Arena. The Capitals beat the Hurricanes 4-3.

Amid much of the craziness of the NHL offseason, the Carolina Hurricanes have decided to deal Jeff Skinner to the Buffalo Sabres for Cliff Pu and three future draft picks. Pu, who has been playing in the OHL since the 2014-15 season, tallied 84 points in 65 games between the London Knights and Kingston Frontenacs last season. While many Hurricanes will look at this trade and wonder what the front office is doing sending a player of Skinner’s caliber elsewhere, the only logical explanation is to save cap room for other potential roster moves. Add in that Skinner is on the last year of his contract and the Canes organization may have just wanted to get something in return, rather than losing him to free agency at season’s end.

Bringing a young player with Pu’s potential into the organization will only be a positive in the long run. Hopefully it will prove to be a better move than in years past. With the Hurricanes offensive struggles last season, Pu will just be one more piece to the puzzle and just another option for the new head coach, Rod Brind’Amour, to play around with throughout the season. Skinner’s departure will get a chance to prove itself for the upcoming season starting in October. One of the often overlooked stats is a player’s plus/minus. In the 2017-18 season, Jeff Skinner had a (-27) plus/minus; the worst of his career. Furthermore, the only season in which Skinner finished with a positive plus/minus was his rookie season, where it was (3) at the end of the season. Although there is no doubt that Skinner is an offensive force, his defense was always critiqued. Once you break down the stats behind it, you start to realize that a player scoring 60 points doesn’t matter if their plus/minus is negative.

The Hurricanes will save around $5 million in cap space this upcoming season.